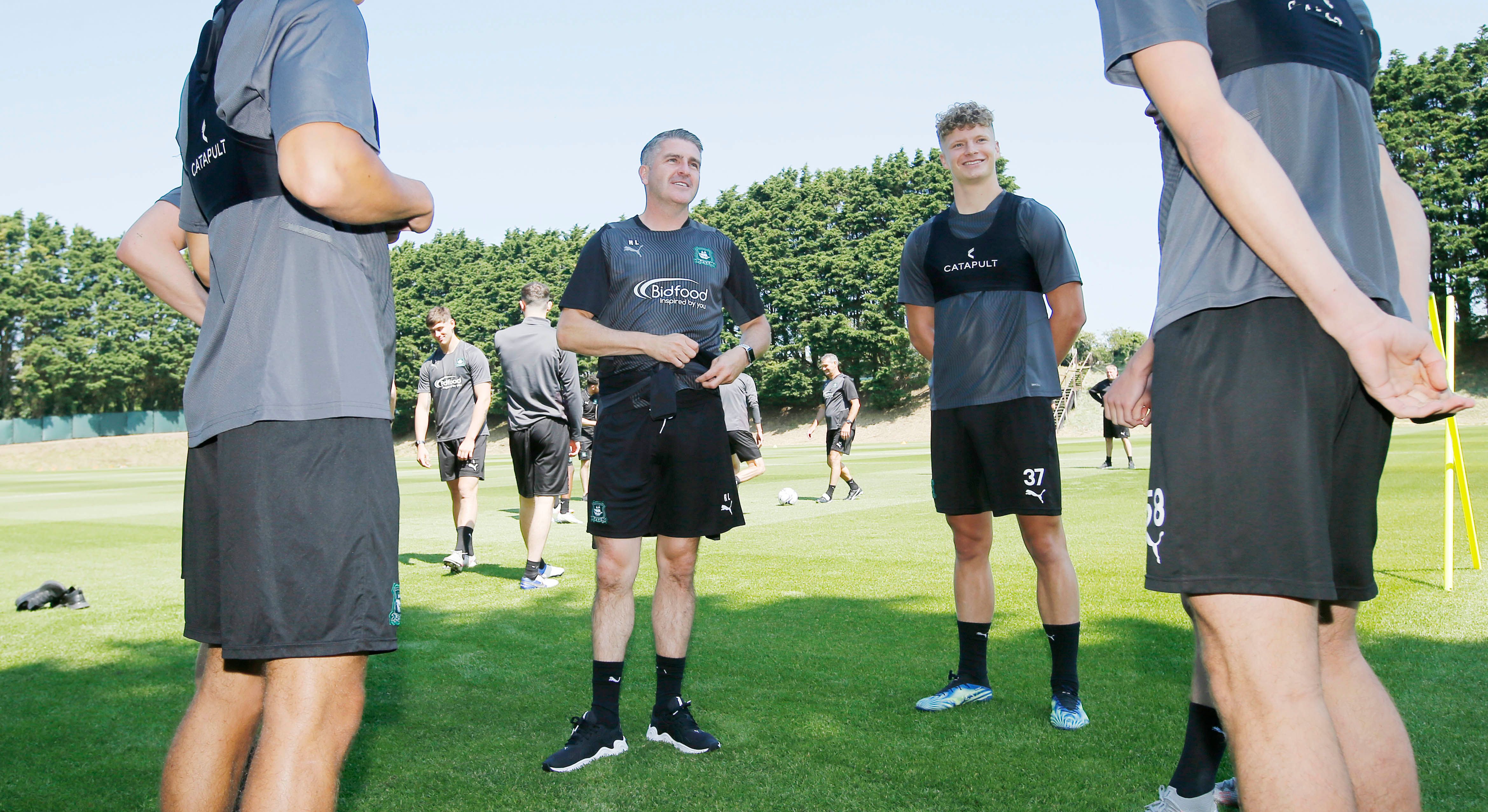 With Argyle’s first pre-season fixture of the 2021-22 season imminent, manager Ryan Lowe has expressed delight in the way his squad has been applying themselves and bonding as a group.

Due to restrictions caused by coronavirus last season, the players and staff were unable to bond in the way they are used to with the situation far from normal.

This season though, things are different. The restrictions are easing and players are able to get to know each other in more conventional ways. Something Ryan has admitted has already had a positive impact on the squad.

He said: “The bonding, believe it or not, is the start of the morning at breakfast in the Green Taverners, where we eat all the time.

“The lads are coming in and giving high-fives to each other and asking how stiff they are, if they’re okay. The bonding is a big part of what we do.

“You can see now it’s already got a good feel to it, even getting changed in the dressing room, not just come in and walk on the pitch and go home and have dinner, they don’t do that now.

“They’re here, they’re spending large parts of time with us and that’s key.”

The hard work is well underway in the build-up to the beginning of the season, with training, gym and even boxing sessions and Ryan has been impressed with the work the players have put in.

He said: “The attitude and application of the boys has been a different class. It’s hard when they’re running every day but we’re breaking it up with football sessions, and the football sessions have been top class also.

“It’s all about minutes at the moment and getting the fitness up in the players, getting the miles in the tank.

“We’re looking forward to the start of the season, but we’re still a little bit away from it and we’ve got to continue to keep getting fit.”

With the strength of Argyle’s squad becoming ever more solid, there are still a few additions that could be joining the Pilgrims.

Ryan said: “We’ve had a bit of a week off from signings but we’re still looking to add maybe two or three more players. There’s ongoing talks and ongoing things that we need to do, and we’ll see what comes available.

“We’re keeping our eyes open, we’re on the phone still constantly, the recruitment team are still working hard and whatever comes up, if it suits us then we’ll go for it.

“We’re still looking to add to the squad to make it bigger, better and stronger.”