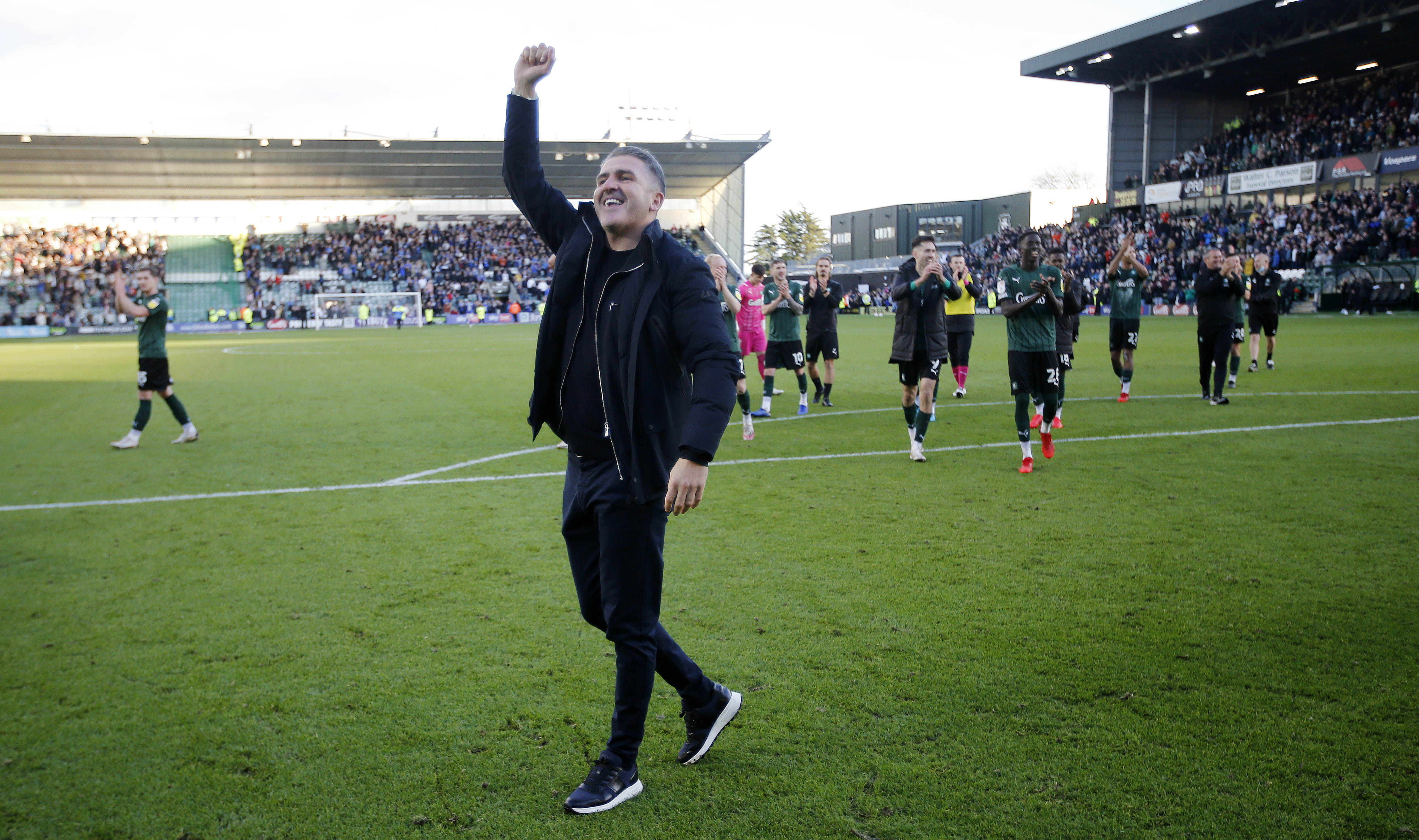 Ryan Lowe was delighted with the way his side fought back from going a goal behind to beat Ipswich Town 2-1 on Saturday.

The Greens fell behind in the first half, but a Luke Jephcott strike just before half-time and a Conor Grant goal, extended Argyle’s unbeaten league run to 15 games.

In front of a sell-out crowd expectation was high and despite falling behind, Argyle managed to show their character to send the fans home happy.

Not for the first time, Lowe credited his side and was delighted with the way they fought back.

Speaking after the game he said, “It was a good win, the resilience and the character the boys showed to come back and have that never die attitude is brilliant.

“It’s another three points but we can’t get too carried away, we have to just keep doing what we’re doing.”

The 21-year-old didn’t look out of place in the middle of midfield and was picked out for special praise from his manager.

He said, “I thought Adam Randell was superb today, credit where credit is due. ]

“He has been chomping at the bit and have been learning from one of the best of the division in Jordan Houghton.”

It was the largest league crowd at Home Park since 2008 and they helped spur the players on in the final few minutes.

Ryan felt that, not for the first time this season, the supporters played their part in the three points.

He said, “We don’t want to let people down, there are too many good people to let down. We need to make sure we show the same desire and commitment they show us.

“It’s nice for the lads on the pitch, we want the fans to keep coming and we have to keep the performing coming.

“The last 30 seconds when they were singing was amazing, the place was absolutely bouncing.”