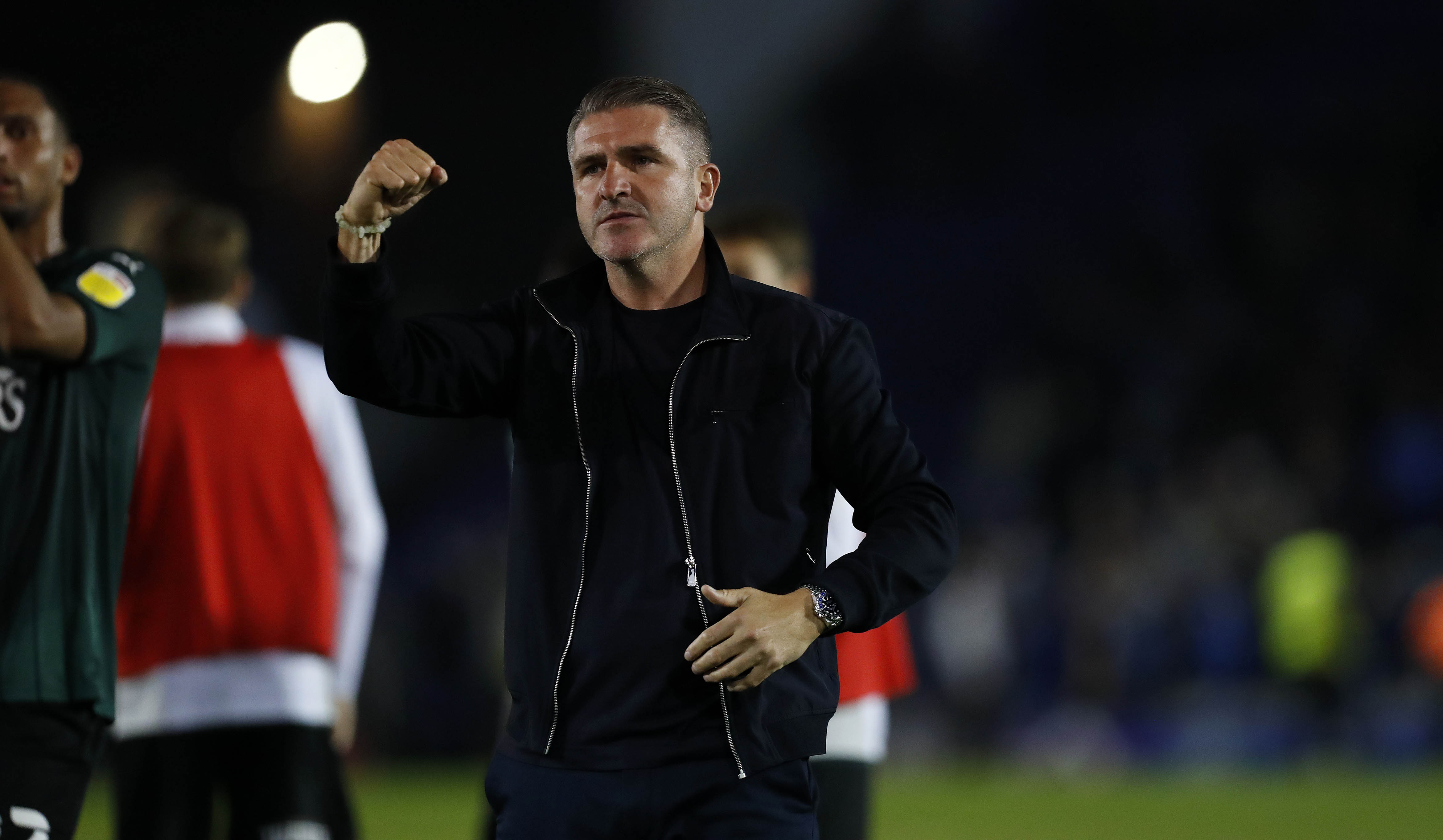 Argyle manager Ryan Lowe has praised his ‘outstanding’ team as the Greens came away from a feisty game at Fratton Park with a 2-2 draw against Portsmouth.

Having fallen behind early in the first half, the Pilgrims battled back and led 2-1 going into the final seconds of the game.

In the fifth minute of stoppage time Sean Raggett equalised for the hosts, meaning the last three meetings between the sides have ended in draws.

Ryan said, “I am proud of every single one of those boys in there, every one of them, to a man, was fantastic.

“We played, we penetrated. We played through the thirds, we played with calmness.

“Today we were unlucky, their goal right at the end, but look, that’s football”

It was a breathless watch with both sides playing with immense energy and enthusiasm.

The early goal for the hosts could have unsettled Argyle, but they showed character and determination to get back into the game - something that Lowe was particularly pleased with.

He said, “Everything we asked them to do, they did.

“Portsmouth threw the kitchen sink at us, didn’t they? On Saturday, AFC Wimbledon did it as well.

“It was a great spectacle for League One, I thought we were fantastic. We silenced the crowd a little and scored two fantastic goals.”

The point means that Argyle are unbeaten in their last seven league matches and have come away from trips to an in-form Wimbledon and a Portsmouth team eager to get back to winning ways, without defeat.

The respect that other sides are showing Argyle is testament to the job Lowe and his backroom staff are doing.

He said, “It’s four points from two away games but we’re greedy aren’t we, we want six.

“They matched us up which is something they haven’t done all season, that is a compliment to us and what we are trying to do.”