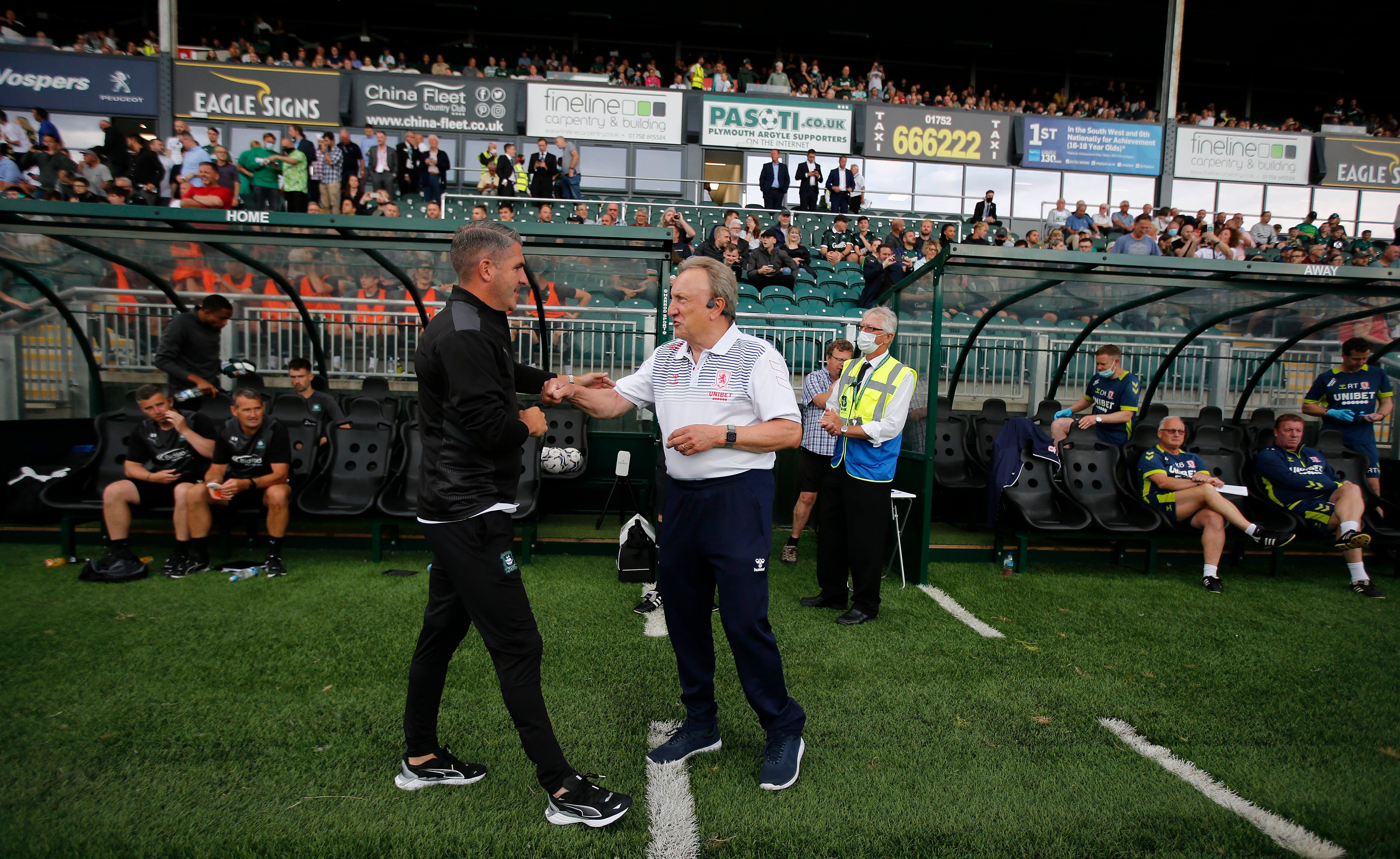 Argyle manager Ryan Lowe expressed his delight with his team’s performance as they faced their second Sky Bet Championship side this week, Middlesbrough, on Friday night.

The Pilgrims fell narrowly short, losing 2-1 to Neil Warnock’ side, but created many chances that on another day could have been taken, pleasing Ryan greatly.

“We scored a great set piece, and we had a few good chances.

“In terms of our passages of play and our patterns of play, and the way the lads went about their business was fantastic.

“I’m just pleased with the boys that they’re getting where we want them to get to, you can see they football we’re trying to play, everyone’s excited, I’m excited myself.”

“We were saying on the side, we work on stuff and we go ‘there’s one we worked on yesterday, that’s another one we’ve worked on’ so that’s good and pleasing.

“The biggest thing is that we’re coaching the players and bringing it to fruition and they’re doing it on the pitch, credit to them as well.”

A key moment on Friday evening was the sight of ten Argyle Academy graduates or current players taking to the pitch towards the end of the second half.

It was a fantastic moment not only for the players themselves, but for the fans there to witness it.

“Long may that continue, long may they be doing the right things and working their socks off, do what we ask them to do and not get too carried away. Hopefully they keep learning, keep listening and we can move on together.

“The fans were fantastic when they all came on, they cheered them right on, I am pleased and proud.”

For the second time this week, fans were back in Home Park Stadium, which helped drive the players’ performances and lift the atmosphere in the ground too.

Ryan is delighted the fans are back in to help motivate his team and believes they can bring back good times to Theatre of Greens.

He said: “We know what the fans are going to bring to us, we know what they want from us, and I’ve said in the past we don’t want to let them down and we’re here to bring the good times back to this football club.

“We will continue to do that with good players, and good coaching, it’s all of us as a team together along with the fans to push the lads right the way through when it’s needed, and times like this, when you’re playing top opposition, it’s always needed.”