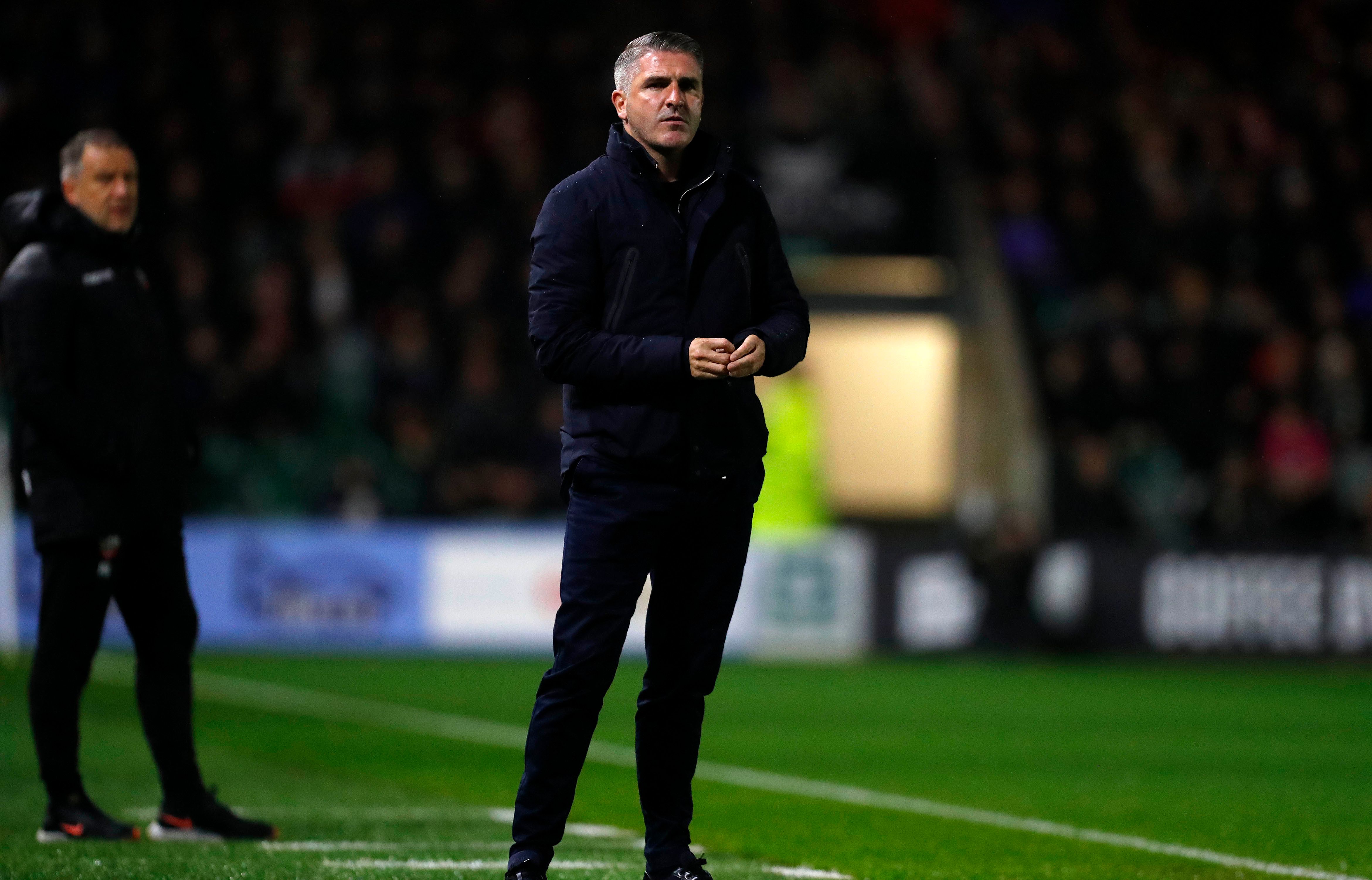 Ryan Lowe wants his side to be more ruthless in front of goal as the Greens fell to their first home defeat of the season.

They had 27 shots in their 3-0 defeat to Wycombe Wanderers on Tuesday night, but only four of those were on target.

It’s the second game in succession that Argyle have failed to score, having lost 2-0 to Charlton three days earlier.

Speaking after the game Ryan said, “I thought for 60 odd minutes we were fantastic, we had 27 shots but only four on target and you’ve got to be hitting the target more than that.

“I’m wanting people to take chances and snap shots off but they’re just taking too long.

“At the other end we found ourselves in a game where the opposition are playing it direct and if you switch off, then you’re always susceptible to conceding goals.”

As well as drawing a blank, the Greens have also conceded five goals in the last two games, something that hadn’t been happening in previous matches.

All three goals came in the final half an hour of the game and Ryan believes his side could have done better.

He said, “Conceding three goals is disappointing. We have been solid and resolute all season, not conceded many goals but today we’ve conceded rubbish goals.

“You can’t just fold, once one has gone in you have to try and get back into the game. There was a twenty-minute spell when everything they did was effective.

“We just have to deal with it better, we let too many things happen tonight that we shouldn’t have.”

Another concern for Ryan will be that Zimbabwe international Brendan Galloway was stretchered off in the first half with a nasty looking injury.

“He has dislocated his kneecap,” Ryan said, “I don’t know how long it will be or how bad it is. There is a bit of swelling on it but it’s not ligament damage.

“We’ll have to scan and x-ray it and see how it goes.”

The Greens will be back in action again on Saturday when they take on Wigan Athletic at Home Park.

It will be a chance for them to bounce back from the back-to-back defeats and Ryan hopes his side can put in a performance.

He said, “It’s important that we get back to winning ways and not conceding goals.

“The quicker we shut the back door for us the better and Saturday is a good place to start.”