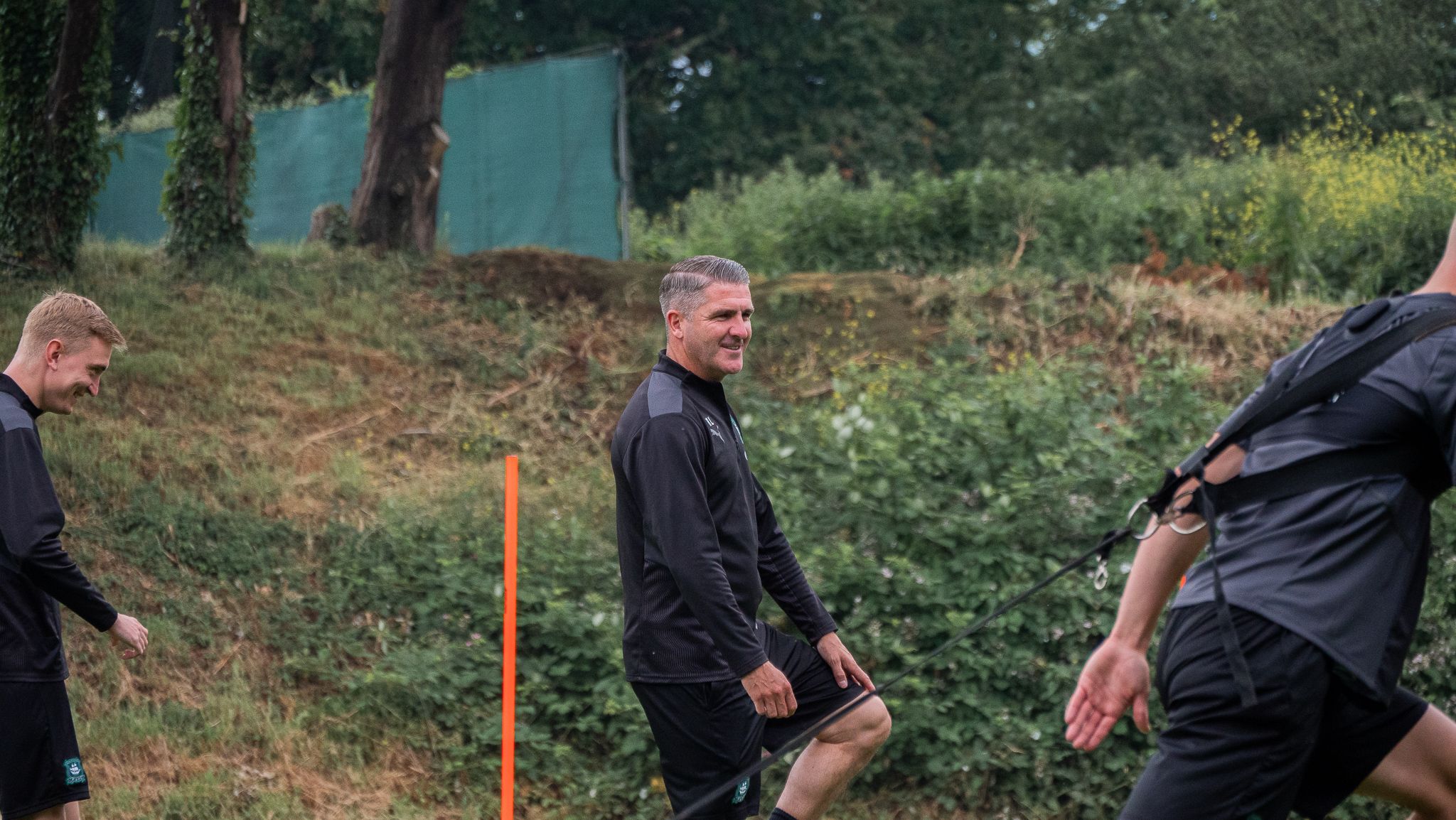 Argyle step up their pre-season preparations when they travel the relatively short journey up the M5 to play Bristol Rovers at the Memorial Ground on Saturday.

The game will be the third of a busy summer schedule of fixtures but will be the first time this new look Argyle side have played league opposition.

Comfortable wins against Plymouth Parkway and Saltash United have been the ideal preparation to try new things and get the players back up to speed on match-days but Saturday will be a tougher test.

Bristol Rovers were relegated to Sky Bet League Two last season but have been busy in the transfer market bringing in eight new players.

Manager Joey Barton is obviously keen to make sure The Gas bounce straight back up after a disappointing end to last season.

Like Argyle, Rovers have already played two games so far this summer, drawing with Melksham 1-1 at the start of the month and then falling to a 3-0 defeat to National League side Barnet.

Despite these results, a test against EFL opposition is the next step towards the start of Argyle’s Sky Bet League One campaign and manager Ryan Lowe is delighted with how everything has gone so far.

He said, “I think this is the best pre-season we’ve had since we’ve been here, and it was vital that we made sure we had that because it’s important that we have good games and the lads have good pre-seasons behind them.

“We wanted the test to be relative to what we are trying to do. The non-league ones were a priority for them and us to get small minutes in - Bristol Rovers will be a better test.

“For us it’s about seeing what other teams do as well, and how we adapt to certain situations.

“It’s not just, let’s just play a game for 90 minutes, we’re learning every time we play an opposition team.”

Argyle have had close encounters with Rovers over the last couple of seasons. Niall Ennis scored twice the last time the two sides met, in a 2-0 win for the Greens at Home Park in March.

Saturday’s game will be an opportunity to see how the side is gelling. Five of the six summer signings have played a part in one or both of the previous two matches, with triallist Brendan Galloway also featuring.

The only new arrival to not get any game time is James Bolton and Ryan has said that even though he hasn’t played yet, his first appearance is a Green shirt is not too far away.

He said, “James has a little niggle of his ankle at the moment, so we’re going to get that addressed.

“He’s fine, he’s joined in, but we just have to be cautious with him. There will be no rush on him, we need to be sure that he is right. Hopefully he’ll be back pretty soon.”

One of the big pluses from an already impressive pre-season has been the performances of the younger players against Parkway and Saltash.

Seven current Academy players have featured in those games with Oscar Rutherford and Rhys Shirley grabbing themselves goals.

Ryan said, “The youngsters who are the backup at the moment have been excellent, so if they continue to show that form and that attitude like they have done from day one of pre-season then they could do just a job”

The match kicks off at 1pm on Saturday is the first of five matches in 12 days, with home ties against Swansea City, Middlesbrough and Bristol City still to come.