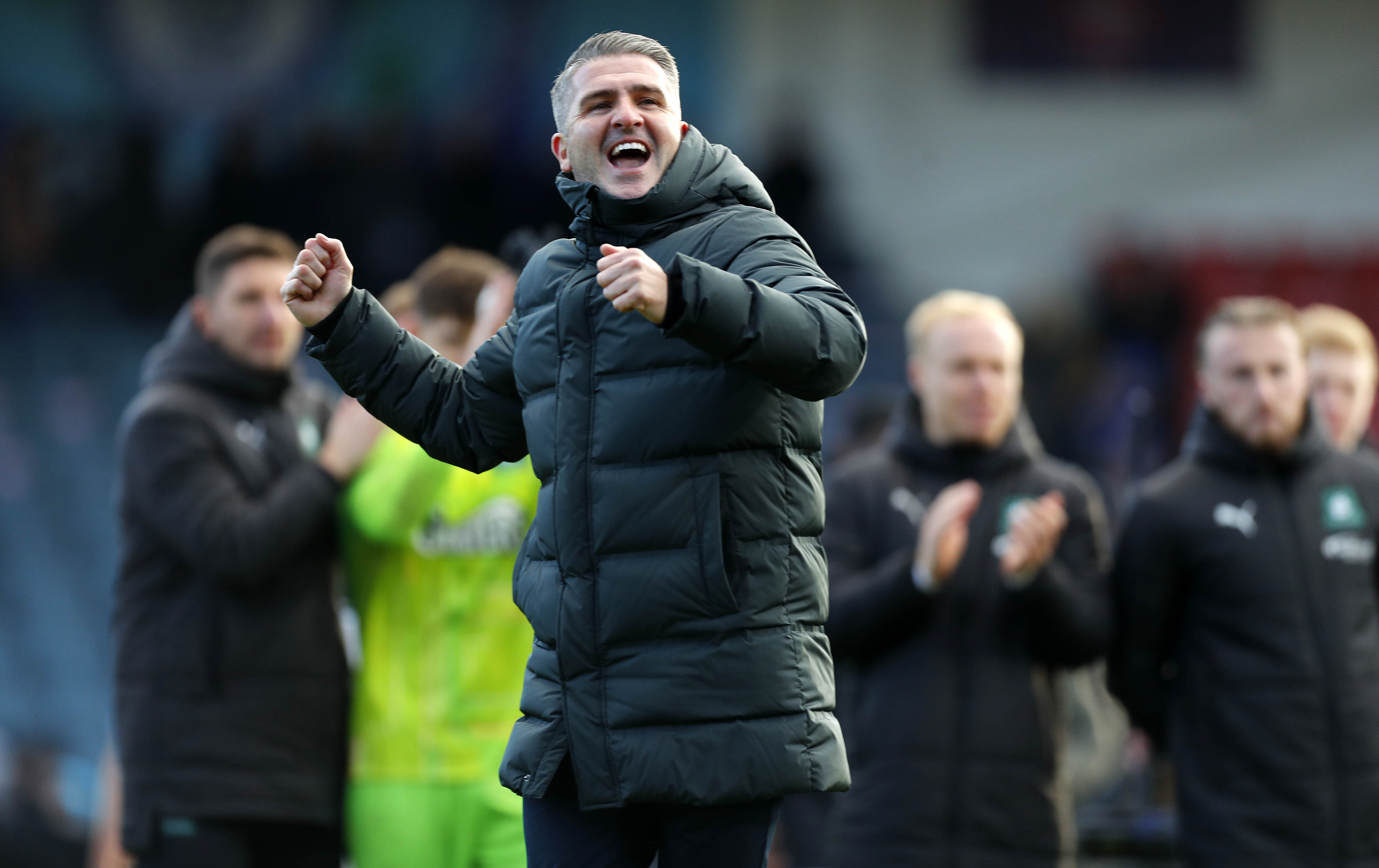 Ryan Lowe has his eyes set on a tie with a Premier League side as reward for Argyle’s 2-1 win over Rochdale AFC in the second round of the Emirates FA Cup.

Luke Jephcott came off the bench to score the winner four minutes from time to book the Greens’ passage to round three.

It’s the second time in as many years that Argyle have reached this stage of the cup and having missed out on a tie against one of the so-called ‘big sides’ last year, Ryan has his eyes set on an attractive game this time around.

Speaking after the game he said, “I said before the game that we want a day out.

“We aren’t going to win the cup so it would be nice to take my team, my players their friends and family and of course the fans somewhere that’s really electric.”

The win, in front of the ITV cameras, not only means that Argyle will be in Monday night’s third round draw, but it also stopped a run of three straight defeats.

Ryan admitted that while it might not have been their best performance of the season, it was important to get back to winning ways.

He said, “We have played better and lost games before, so I was really pleased with the resilience that we showed.

“Fair play to Rochdale, they were right up for it and I don’t think we were at our best to be honest.

“They are a good team and they play some good football and have been going well in the league so of course we weren’t going to have it all our own way.

“We had to mix it up a bit and yes, we weren’t art our best but we had to make sure there wasn’t an upset and we did that and are into the third round of the FA Cup.”

Ryan has to take a lot of credit for the victory, he made a double change with 10 minutes to go with the game poised at 1-1.

He brought on Niall Ennis, his first appearance of the season, and Luke Jephcott with the latter proving to be the match winner.

Ryan said, “It’s nice when it goes for you isn’t it?

“We kept going towards the end made a double substitution with Niall and Jeps and of course Jeps gets the goal.

“When you have those fresh legs and the quality sat behind you then you’d be a fool not to use them.”

Seeing Niall Ennis back in an Argyle shirt brought a big cheer from the travelling fans.

He hadn’t featured at all this season due to a hamstring injury picked up in the warm-up before the trip to Rotherham United in August.

He was joined on the bench by James Bolton who is yet to make his Argyle debut due to injury, while George Cooper started his first game in just under a year.

To have these players back available again was another cause for optimism for Ryan.

He said, “It’s very pleasing to have them back. The medical team need to take a lot of credit for that.

“It’s a squad game, having these payers back are like having new signings for us.