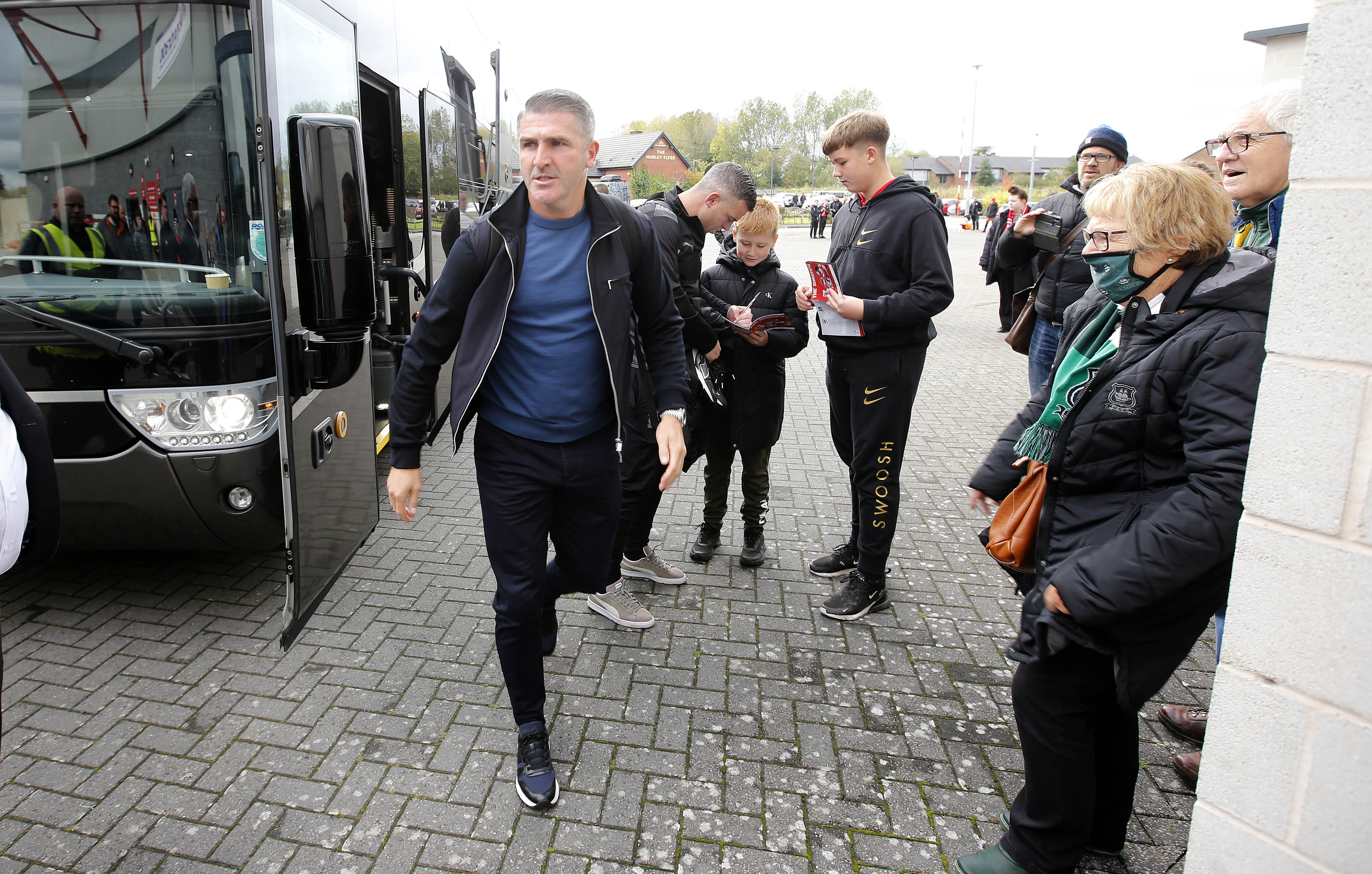 Ryan Lowe was positive despite admitting Argyle weren’t at their best in Saturday’s 1-1 draw with Morecambe.

The Greens fought back from a goal down to grab another point on the road and extend their unbeaten run to 14 games in Sky Bet League One.

After grabbing the equaliser, Argyle looked more likely to get a second until half time, when Morecambe came out with great intensity.

Lowe admitted that his side weren’t at their ‘free flowing’ best but was happy that they managed to come away from the Mazuma Stadium with a point.

Speaking after the game he said, “It was a tough game, not our greatest performance, which is fine, but I’ve told the players that I want them to keep doing the right thing.

“We could have scored a couple more goals in the first half definitely and thats the fine margins that could go our way on another day.

“They got on the front foot, were in our faces and wanting us to make some errors and it’s a tough place to come.”

The Greens’ got back level five minutes after going behind, when Danny Mayor finished off a move he started on the left hand side.

It was his first goal of the season in just his second start in the league.

Ryan said, “Pleased for Dan, it’s been a long journey for him, pleased for him scoring and with him, Pan and Broomy fighting for those places we have options.”

On the second half performance Ryan was keen to stress that his side aren’t always going to be able to play at their best and when they’re not, getting something from the game is important.

He said, “There have been times when we haven’t been at our best this season, but they’ve found a way.

“Today we couldn’t find a way but that’s football and that’s why we love it.

“We have to keep sticking to the plan, keep doing what we’re trying to do and as you’ve seen when we do that, we’re a good team.”