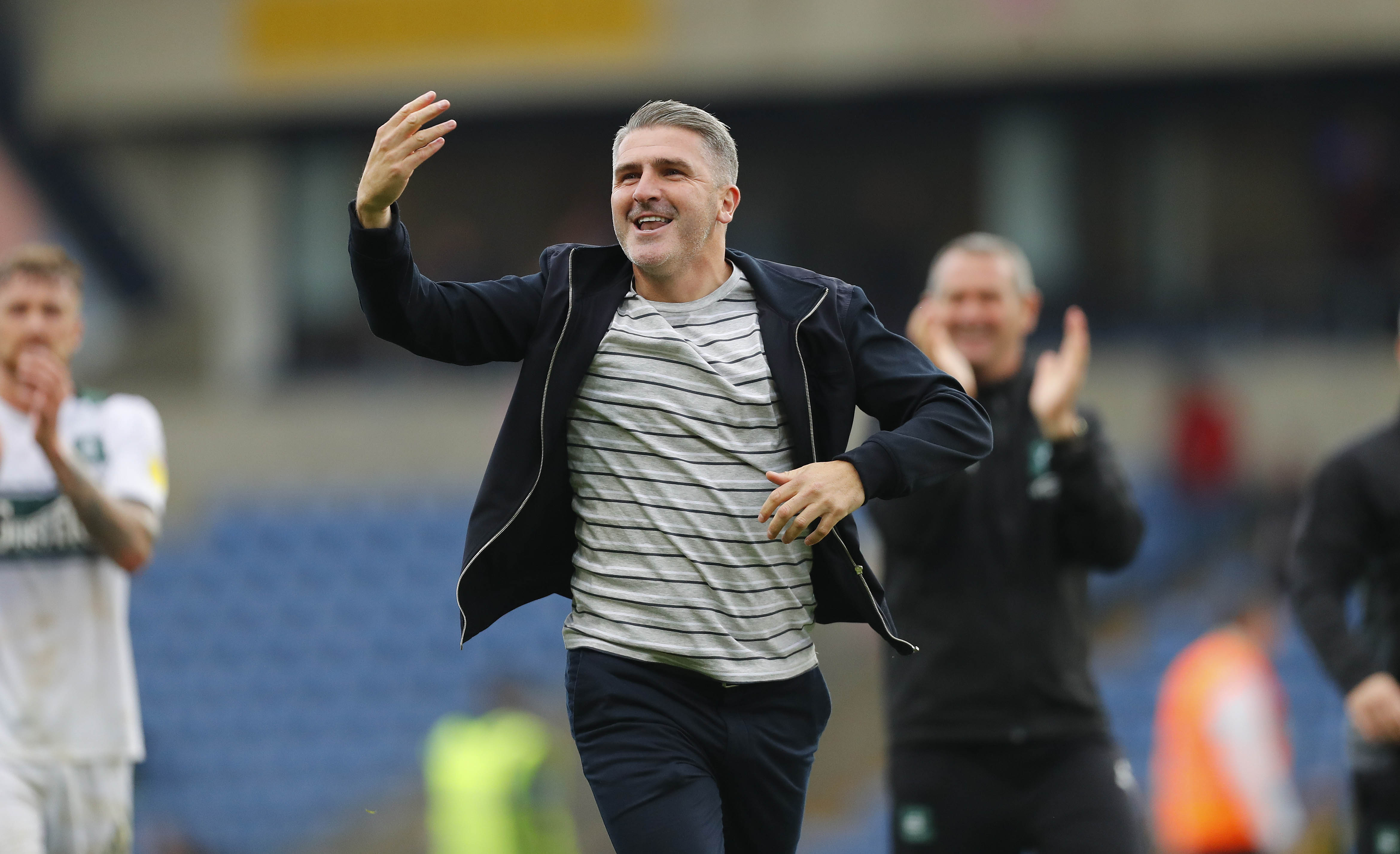 Ryan’s over the moon

Ryan Lowe said he was ‘buzzing’ after Argyle picked up their third away win of the Sky Bet League One season, beating Oxford United 3-1 at the Kassam Stadium.

“Happy days, I’m buzzing,” he said as he appeared for the post-match interviews.

“I thought our work rate and character was spot on. I thought the lads out of possession were fantastic.

“To score three goals, get three points is magnificent for us.”

Having fallen behind after just five minutes, it was important to get back into the game as quickly as possible.

Jordon Garrick, starting his first game up front for the Greens, did just that.

Lowe said, “We have a great group of lads because we needed some character to come back from that early goal.

“Ryan [Hardie] hasn’t been well and we had to be without him. I’m really pleased for Jordon, but it shows the importance of a squad.”

The victory keeps the Pilgrims at the top of the Sky Bet League One season and extends their unbeaten run in the league to 12 games.

The great form and attractive playing style has meant that a huge following of fans are turning up home and away, with another 1800 at the Kassam on Saturday.

On the support Ryan said, “We saw them on our way in, they were on the hills and were clapping us in.

“They were fantastic once again and to stay behind and show their appreciation to the lads, it really means a lot.

“The way we have been going of late and knowing it’s going to be tough at Oxford, we had to be spot on again.

“I am actually over the moon with the result. “