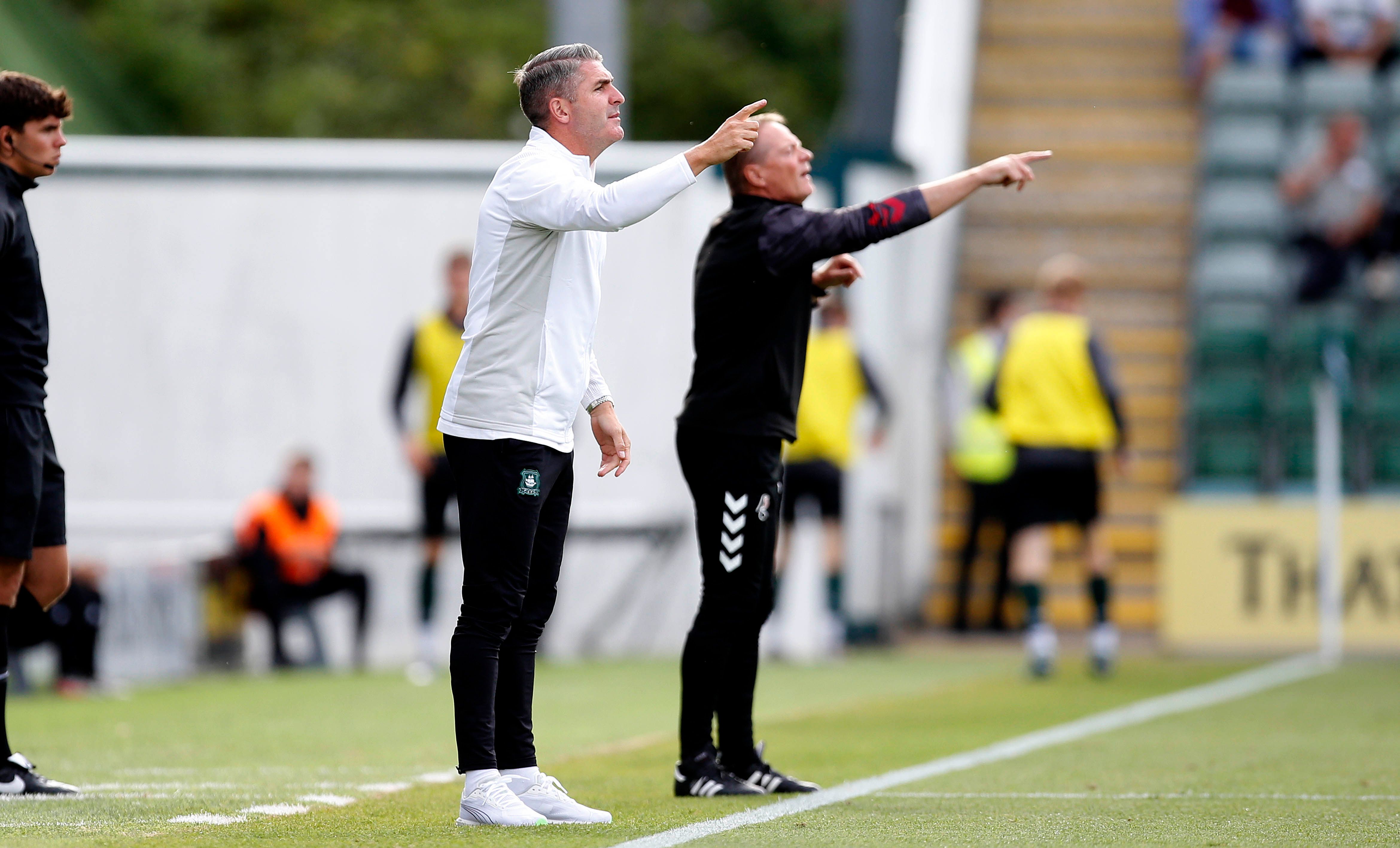 Argyle manager Ryan Lowe has admitted he is pleased with how his side have tackled their three pre-season friendlies against Sky Bet Championship sides.

Despite not winning any of the games, Ryan has praised how the team played and thinks they are on the right track ahead of their Sky Bet League One opener with Rotherham United in eleven days.

He said: “Some passages of play were fantastic, to lose by one goal in all three games by a Championship outfit is no disgrace, but ultimately those lads have given us everything over the pre-season.

“I think we look solid and resolute from back to front, every single one of the players have been fantastic, been a pleasure to work with for the past five weeks.

“We want to be exciting, and I think over the last three home games against top Championship outfits, we’ve certainly entertained.”

A big difference to last season has been the return of the fans and Ryan has expressed the importance of their support towards to team.

He said: “What I must say is thank you to the fans. You can hear them roaring us on when we need it, we had a right little push towards the end.

As the players and staff look ahead to the season beginning, Ryan believes the pre-season fixtures have been important test in the run up to league football.

He said: “I think it’s a big plus when you’re creating plenty of chances in pre-season, if you’re not it’s a worry and I’m not really too concerned that we haven’t scored many goals in the last three games really, we’re getting the chances.

“We want to be ready for the first game of the season, because at the moment in pre-season they count for nothing, but we’re getting in positions, we’re making good moves, some good runs, some good decisions, so I’m really pleased.

“I’ve been excited for the past few weeks, I’ve said to few people I’m just excited because of the business we’ve done, you’ve seen all the lads, Brendan [Galloway], Macauley [Gillesphey], [Dan] Scarr, Jordan Houghton, James Wilson, they’ve made a big difference to us already.

“We did concede a lot more goals than we wanted last season, hopefully we can concede a lot less this season because we’ve got warriors and good footballers in the back line now, they’re going to be hard to beat.

“In terms of what we want to do now, we knew the weaknesses we needed to deal with, and we’ve done that, and it’s evident to see that it’s going okay. Eleven days to go, and I’m really looking forward to it.”