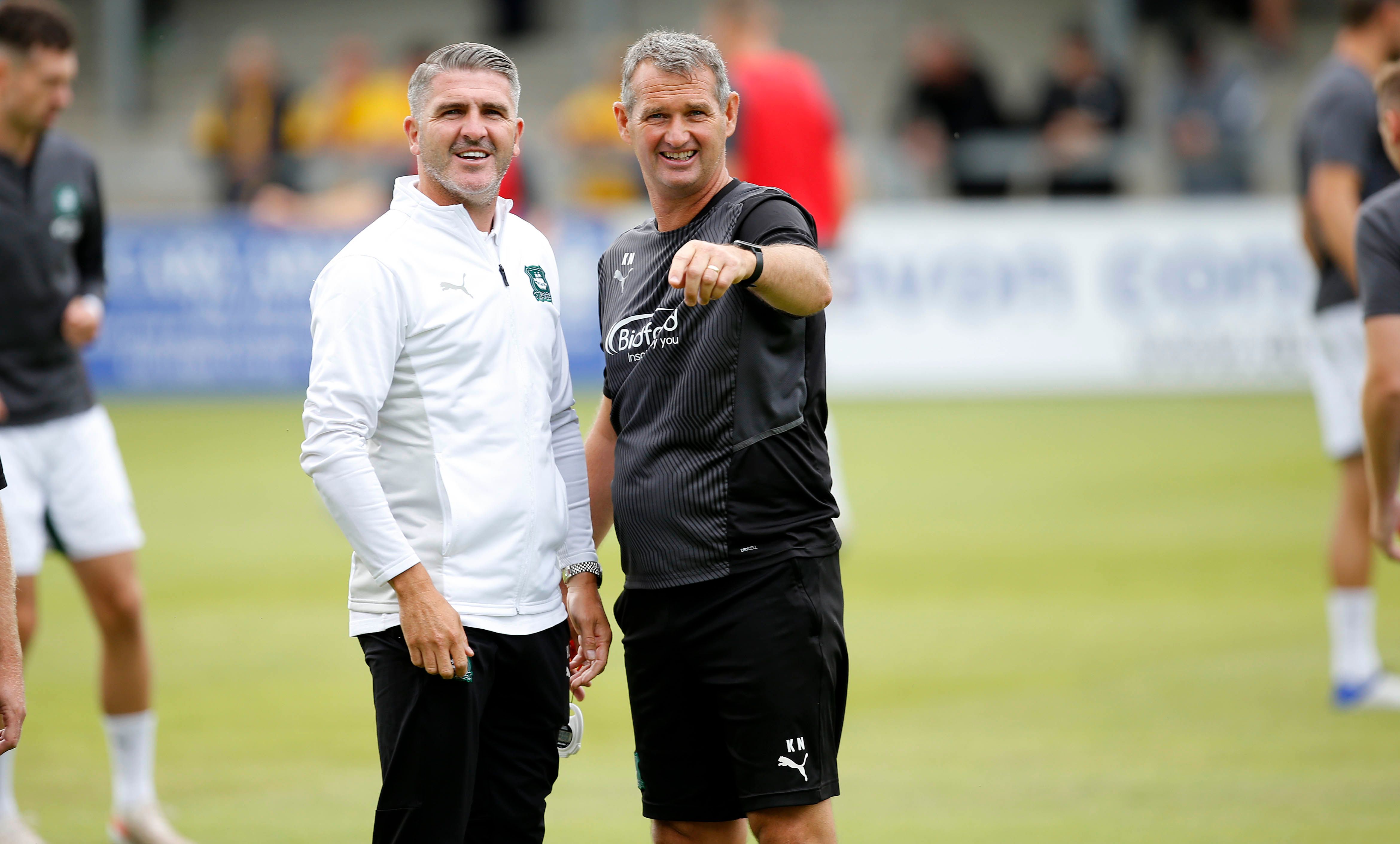 Argyle’s pre-season schedule ended on a high on Saturday, with a 3-0 win against Torquay United at Plainmoor, and Ryan Lowe couldn’t have been happier with the way the Pilgrims signed off.

A goal apiece for Niall Ennis, Panutche Camara and Ryan Hardie was enough to see Argyle claim victory just a week away from their opening Sky Bet League One game at Rotherham United.

The overall showing from the Greens against a confident Torquay side left the gaffer smiling at full time.

He said, “The performance was good. We mixed the team up a little bit.

“I think we have a good relationship with Torquay. It was a real good test for us.

“The goals were fantastic I thought, and that’s what we want. We want to make sure we’re scoring goals and keeping the back door shut.

“To get a clean sheet and to score three goals is always pleasing.”

It rounds off a busy - yet successful pre-season -with the Pilgrims putting in impressive performances in every game this summer.

They had big wins over local non-league sides Plymouth Parkway and Saltash United, narrowly lost to Swansea City, Middlesbrough and Bristol City and drew against Bristol Rovers and AFC Tavistock.

On top of that, Ryan has added eight players to his squad and has an almost fully fit squad to choose from in seven days time.

He said, “The results don’t count for anything, it’s pre-season, there’s no points at stake but it’s a start in the right direction of where we want to go to.

“We’re happy that we came away from a five, six week gruelling pre-season with no injuries.

“The excitement starts now for next Saturday.”

Eyes will now turn to the New York Stadium and Rotherham, as Argyle begin their league campaign in South Yorkshire.

They will be cheered on by a big travelling support who also packed out the away end at Plainmoor on Saturday.

Ryan said, “We knew they [the fans] would come in their numbers, it was nice for us to score a few goals for them as well.

“We thank them for their support all pre-season and long may it continue for a tough 46 game period.

“I’m really looking forward to next week and I can’t wait for the season to get going.”

Tickets are still on sale for our first Sky Bet League One game against Rotherham and can be bought at the Home Park Ticket Office, argyletickets.com, or by calling 01752 907700.