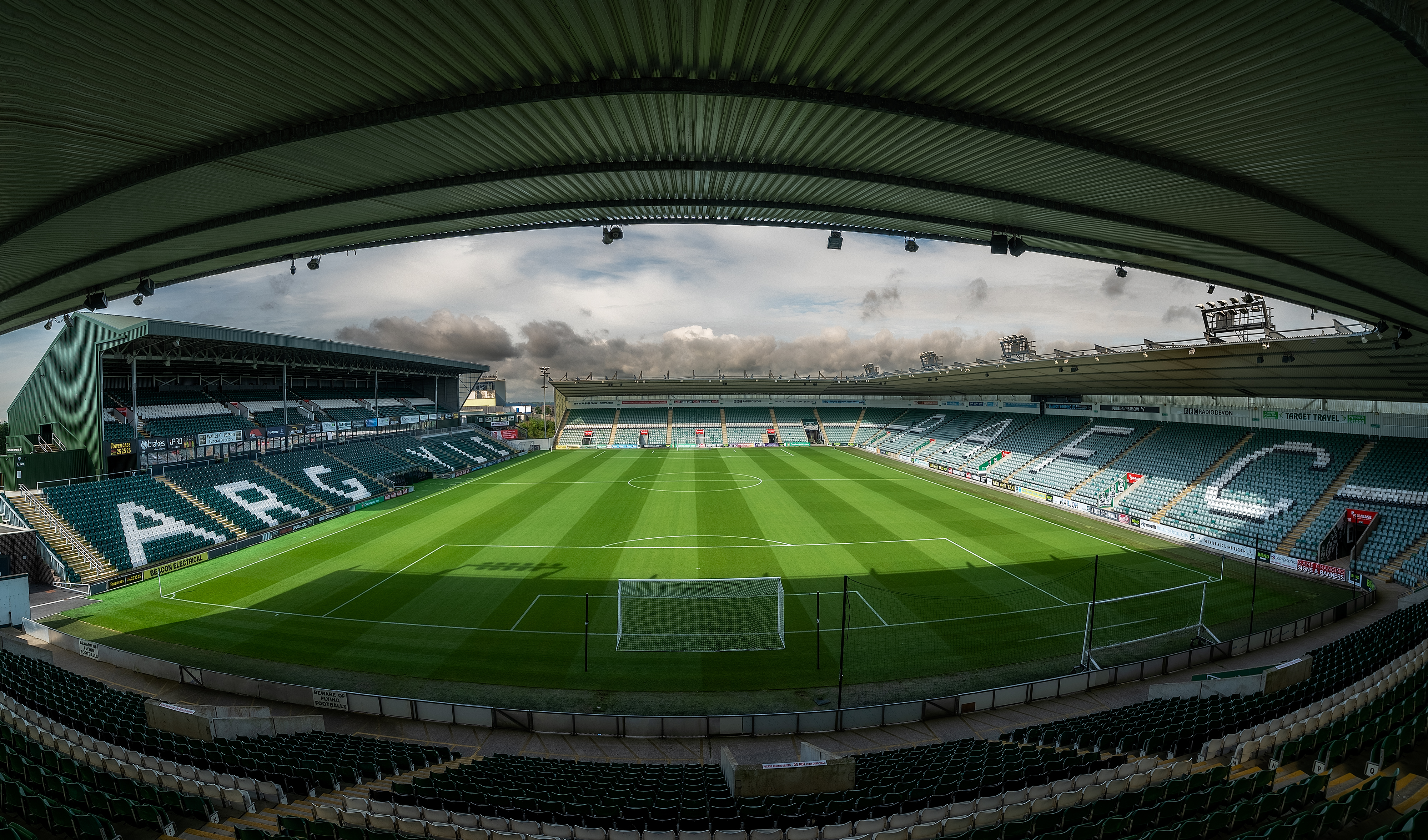 With the recent announcement that five clubs – four in the Premier League and one in the Sky Bet Championship – will participate in safe standing trials from January 2022, the club is inviting supporters to provide their views on the prospect of safe standing at Home Park.

Chelsea, Tottenham Hotspur, Manchester City, Manchester United and Cardiff City have all been selected to participate in the safe standing pilot, which will be monitored by the Sports Grounds Safety Authority – the UK government’s advisor on stadium safety.

As addressed by Argyle Chief Executive Officer Andrew Parkinson in our recent Virtual Fans’ Forum, the club did not pursue the prospect of participating in the trial – primarily due to the lack of appropriate stadium space to implement safe standing mid-season, with attendances at their highest levels at Home Park since 2008 and season-ticket seats scattered throughout the stadium.

While unable to implement a mid-season solution – which would also require safe standing to be introduced in the away enclosure - the club is supportive of the principle of safe standing, and we are keen to gain a better understanding of how important it is to the Green Army as we plan for the seasons ahead.

Polls of supporters have found significant public support for safe standing in recent years – however, these polls canvas general football supporters in most cases, and do not provide specific, or in-depth, data on the thoughts of Argyle fans.

As a club with a publicly-stated ambition to become financially sustainable, resources are limited, and implementing safe standing requires reasonable capital expenditure - with other maintenance and stadium improvement work still to be done to ensure the best match-day experience at Home Park.

By participating in our survey below, you will provide us with important data to help us understand how much of a priority the implementation of safe standing is for Argyle fans, and gives us better information on how best to use our resources to provide facilities most reflective of our fans’ needs.

Thank you for your participation.