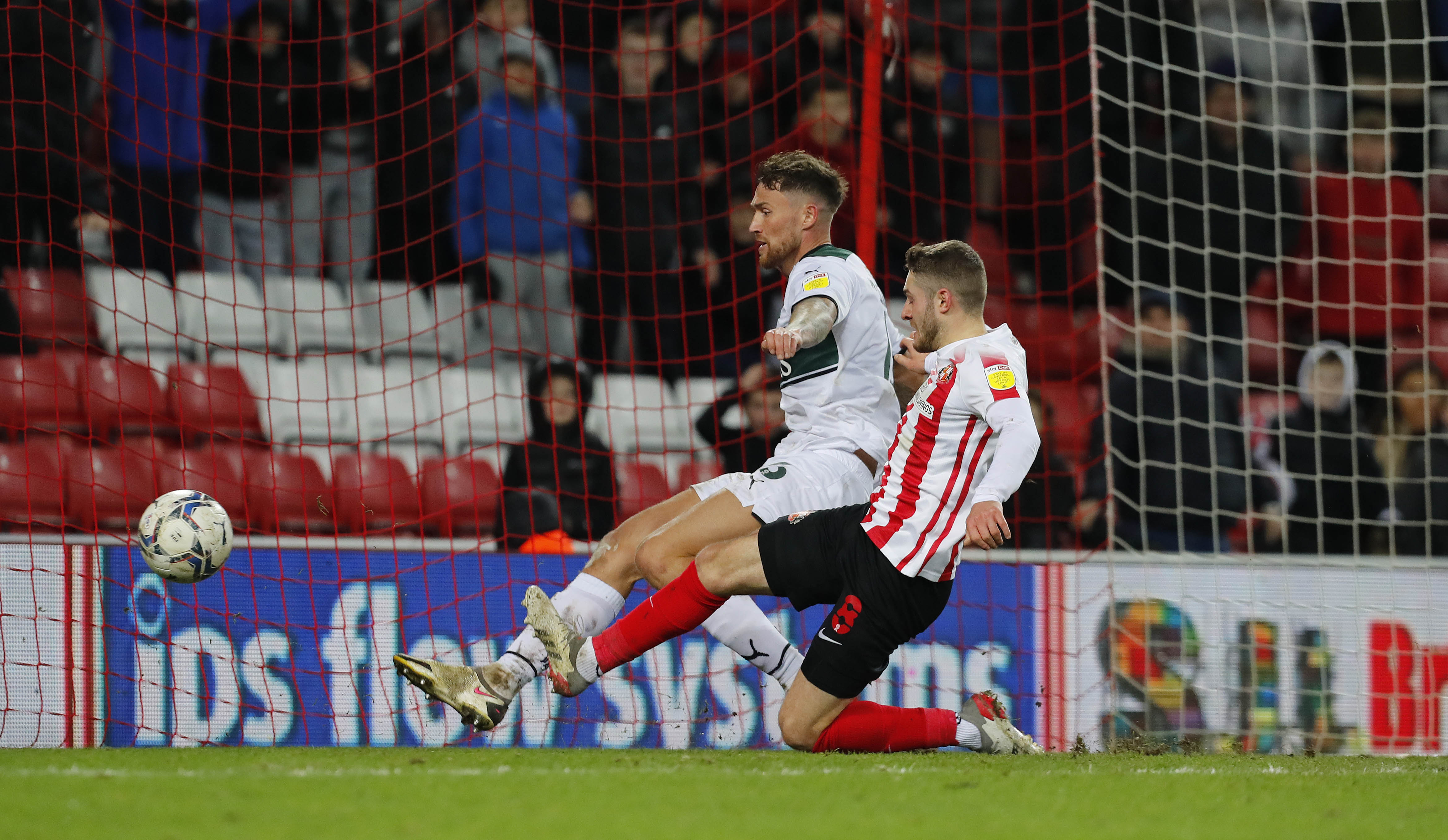 Dan Scarr was left frustrated at the opening stages of Argyle’s 2-1 defeat to Sunderland AFC on Saturday, after a spirited fightback in the second half.

The centre-back’s 64th minute header was just reward for a vastly improved second half performance but ultimately wasn’t enough for the Greens.

“We can’t start games like that,” Dan said after the game, “we were off it - positionally all over the place and were probably five yards off or so.

“We haven’t conceded many set pieces this season so that was a bit of a sucker punch and then the second one was just too easy.”

It has been a tough week on and off the field for the players and with three away games in six days, they haven’t been able to spend much time at home.

Dan said, “It has been a tough week on top of the change. Three away games and we haven’t really been at home at all.

“We just need to regroup because we have a couple of big games coming up over Christmas and we will be looking to put it right.

“With everything that has happened, with a new change of manager you just have to try and get on with it – it happens in football.

“It will be nice to get to recharge this weekend and prepare properly and well for the busy period coming up.”

Despite picking up one point from the last five Sky Bet League One games, the spirit amongst the squad remains high and the second half fight back shows that.

Dan said, “We know we have good character, we have gone behind in games before and come back and won or got a point – we did that on Wednesday night.

“We have still had chances and grew into the game a bit second half, we got into some good positions we just couldn’t finish them off.

“We never feel like were down and out, but we just have to start showing better quality than we did tonight.

“Some of the chances we had today we had been scoring earlier in the season.

“The good thing is that we are creating chances, we just need to be a bit more ruthless with them.”