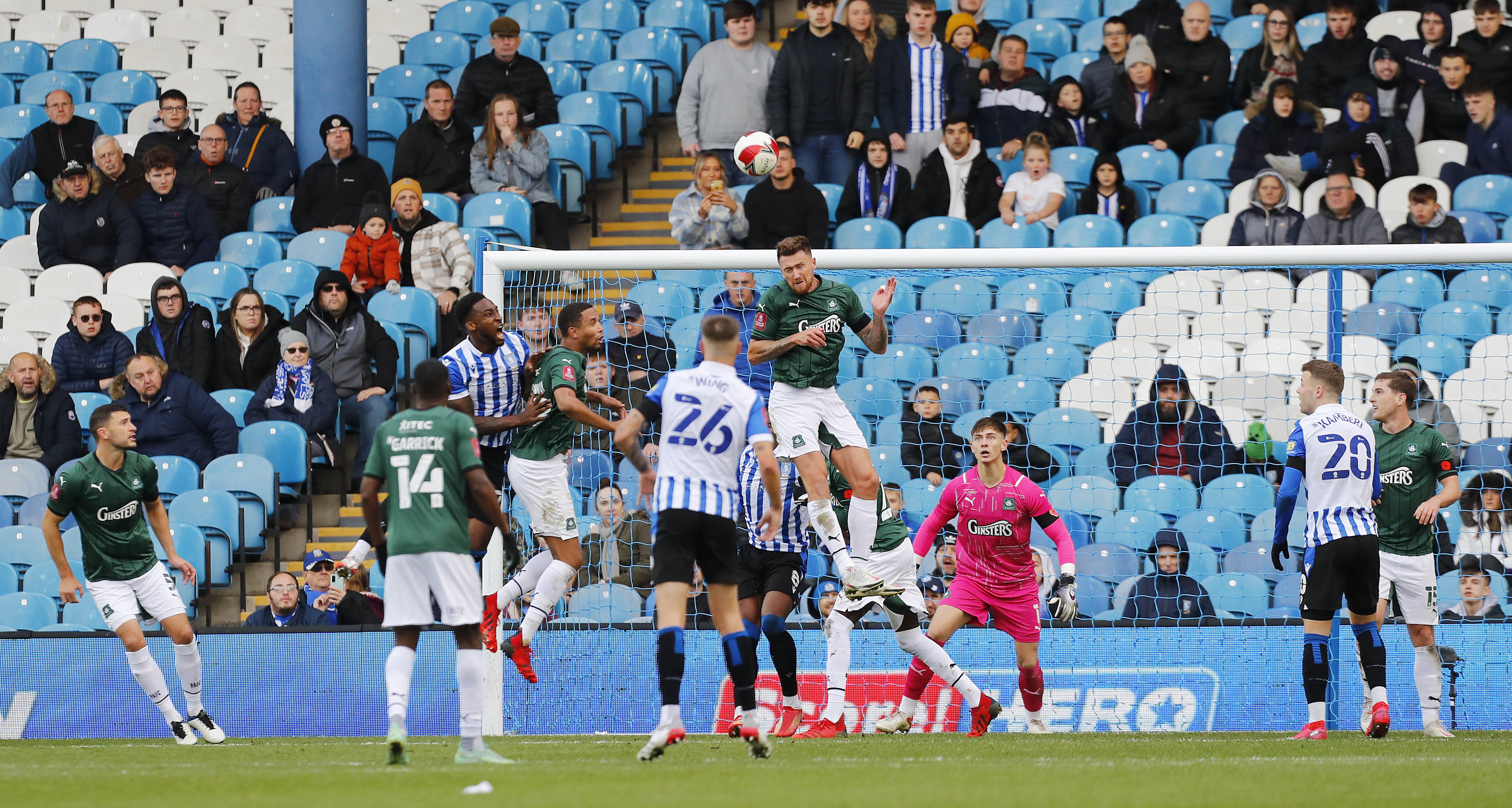 Argyle defender Dan Scarr felt that both sides cancelled each other out in their Emirates FA Cup stalemate with Sheffield Wednesday at Hillsborough.

The Greens had the better of the opening exchanges of the game, before the Owls came on strong towards the end, with a clean sheet securing a replay at Home Park in the coming weeks.

Scarr said: “I thought we probably had the better chances – definitely in the first half. I thought we played some good stuff, and got from our edge of the box into their half quite well, with good tempo, passing movements, and patterns of play.”

On a number of occasions in the first half, the Greens’ transition play opened up gaps in the Wednesday back-line, but the team were unable to convert these into clear opportunities on goal.

“I just think we slightly lacked in the final third,” said Dan. “Whether it was decision making, or not keeping the intensity as we got up there. I thought both teams sort of cancelled each other out – it was hard to find the overloads because we were both the same shape, so everyone was pretty much locked on everywhere.

“It was a pretty even game, but I thought we probably could’ve nicked it, and if we’d scored in the first half it would’ve been a different game.”

As the match progressed, the Owls grew into the fixture, and only a resolute defensive display from Scarr and his colleagues denied the likes of Saido Berahino, Lee Gregory and Sylla Sow a route to goal.

“I thought as a back three and Jordy [Houghton] in front, as a team, we dealt with them quite well. They’re going to have chances, they’re good players, but I thought we nullified them well.”

Cup competitions are often referred to as a distraction for teams with lofty aspirations in the league, but, like manager Ryan Lowe, Scarr and his teammates are keen to extend their stay in the Emirates FA Cup for as long as possible – and Sunday’s determined display was proof of that.

An estimated 600 members of the Green Army made the trip to Hillsborough, despite a 3.45am departure from Home Park and the hassle-free option of watching on TV. Dan is hopeful that the team can repay their support in the replay.

He said: “Fair play to them, we just want to say thank you to them. They always come out and put on a good show for us.

“It was a big effort for them to come and leave that early in the morning. We haven’t given them too much to celebrate today, but hopefully they have a safe travel home.”