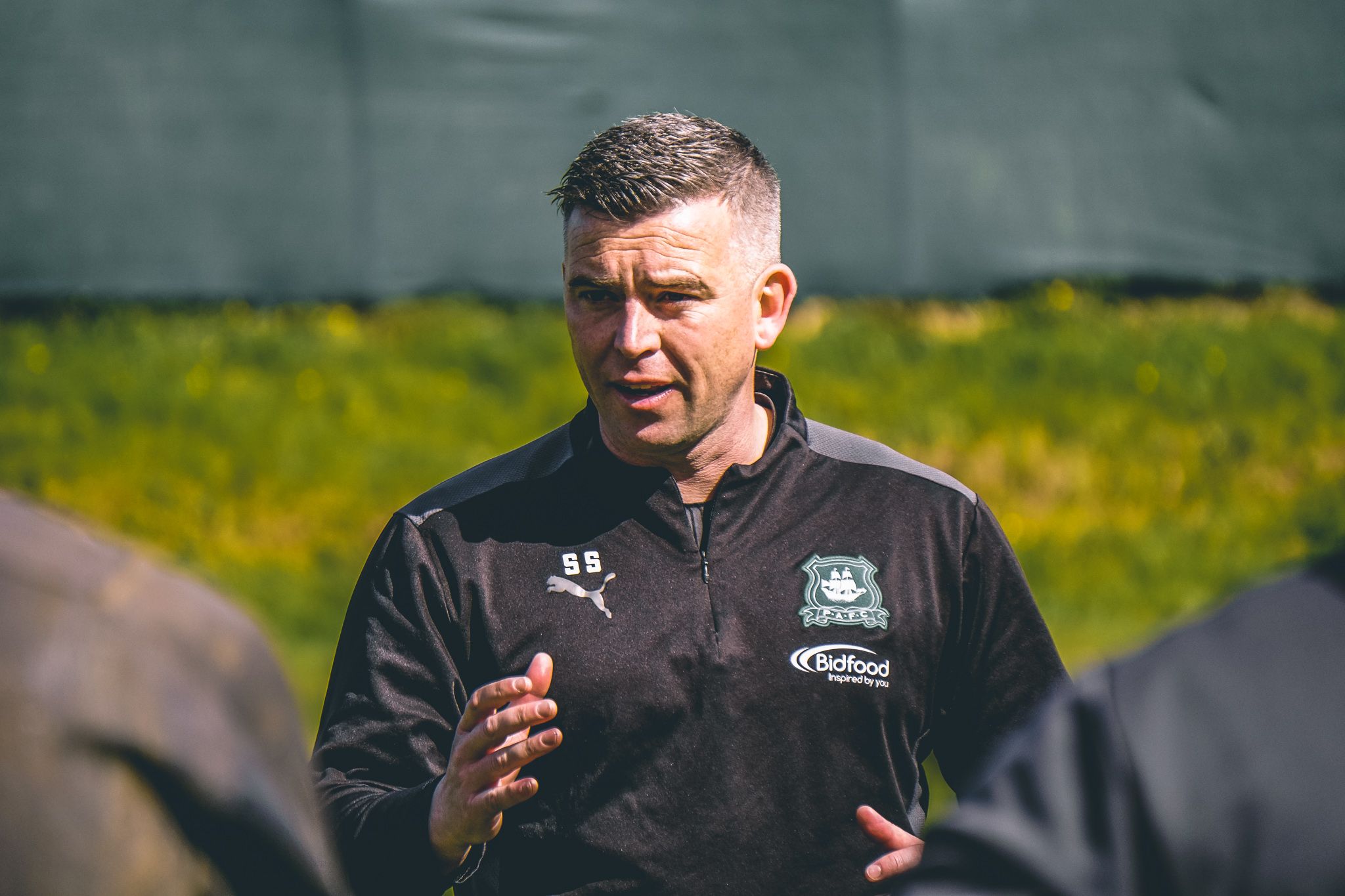 Argyle head into their Easter weekend of fixtures, five points clear of the sides below them and with just one defeat in their last nine matches.

The Greens take on Wycombe Wanderers at Adams Park on Good Friday, with the hosts also in the hunt for the play offs.

They are one of three clubs tied on 73 points but sit just outside the top six on goal difference.

Last weekend’s draw at Burton Albion was the tenth time in the last 13 matches that Argyle have stopped their opponents scoring and was the 17th time this season that they have kept a clean sheet in the league.

With just 40 goals conceded in total, the Greens have the third best defensive record in Sky Bet League One.

Only Rotherham United with 26, and Wigan Athletic with 36, have conceded fewer.

1800 members of the Green Army will be making the trip to Buckinghamshire hoping that Argyle can claim their first victory at Wycombe since 2015.

With 78 points already accumulated and with just four games to go, the season has already been a remarkable one for the Greens.

Add to that the fact they have the fourth best away record in the league and they are definitely one of the most consistent sides in Sky Bet League One.

Steven Schumacher is confident that this will carry on and they can continue to prove the doubters wrong.

He said, “What everybody keeps forgetting, when they say we have tough games to come, is that we are one of the best sides in the division as well.

“We’re doing alright, everybody has underestimated us all season and thought that we will fall away from the chasing pack, but we haven’t, and we will do our best to try and get as many points as we can from these remaining matches.”

That away form has seen them pick up nine wins and six draws and in recent times they have lost just two of their last eight on the road.

A win against Wycombe on Friday will take the Pilgrims to 81 points and extend the gap to the Chairboys to eight points.

Steven said, “We know it’s going to be a big game, were bringing nearly 2000 fans up there and their fans are normally pretty good as well.

“It’s going to be exciting, it’s a really hard place to go and we will have to be up for the challenge because they’re a good team.”

The hosts are also in terrific form. They are unbeaten in their last eight matches and have won three of their last four at home.

Their 1-1 draw at Gillingham last weekend ended a two-match winning streak but kept them right on the heels of the three sides above them.

Having come through a tough patch of form at the start of 2022, which saw them go seven games without a win, Gareth Ainsworth’s side look to be back to their best just at the right time of the season.

They will also have the 3-0 win at Home Park back in November fresh in their minds and will be hoping for a similar performance on Saturday.

Argyle will wait on the fitness of club captain Joe Edwards who picked up a knock in the 0-0 draw with Burton last weekend.

Conor Grant and Steven Sessegnon returned to the squad for that game and have had another week of training behind them.

Wycombe will be without Lewis Wing after his red card against Gillingham last Saturday.

Anis Mehmeti is also out after picking up an injury in the same game.

Argyle have completely sold out of their allocation for Friday’s game.