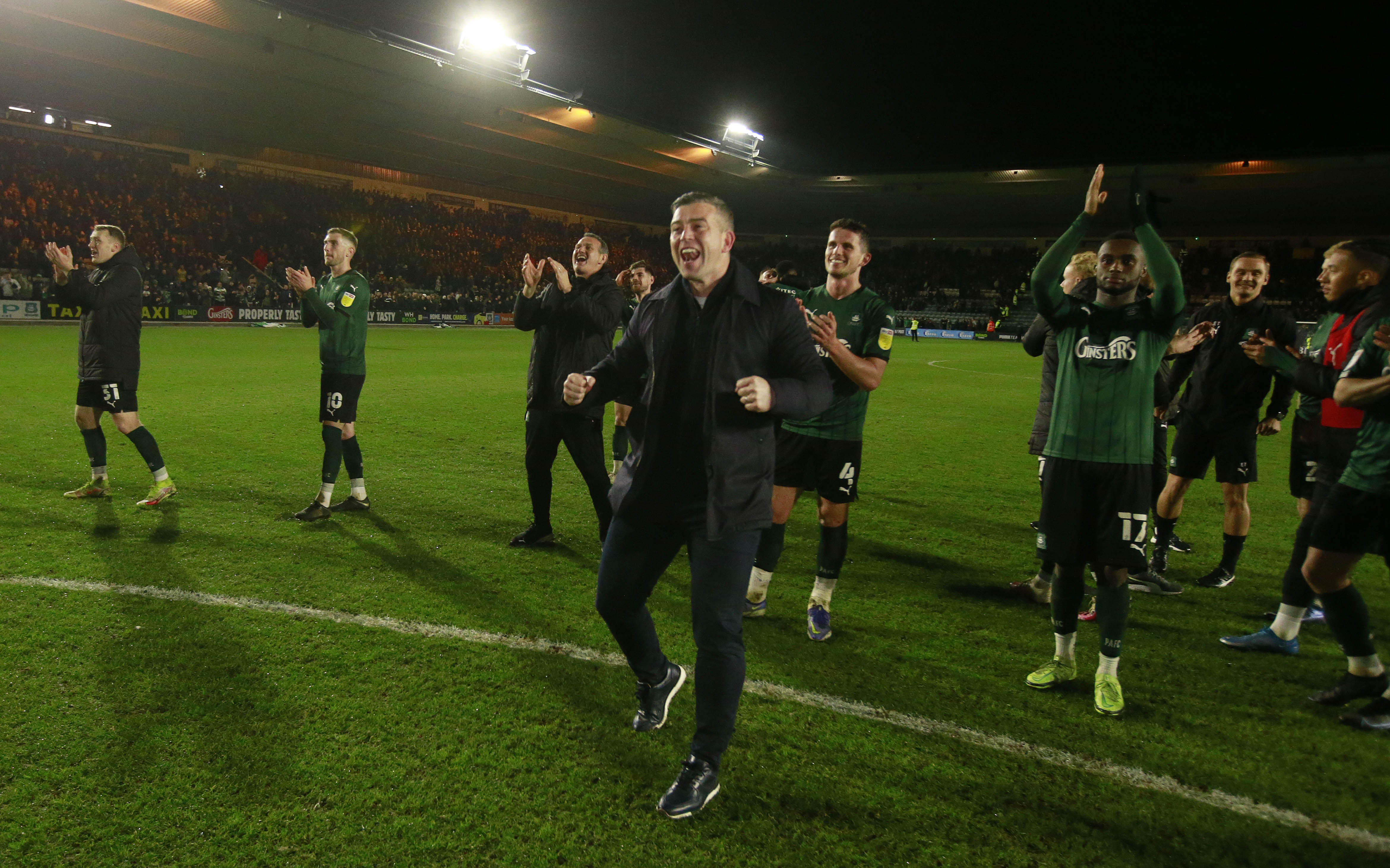 Steven Schumacher wants his players to build on the energy and belief that Tuesday night’s win over Portsmouth has given them, as they push for the play offs.

The 1-0 victory saw the Greens pick up their fourth win in a row and climb a place to fifth in the Sky Bet League One table.

A sell out crowd roared on the Pilgrims to their first win over Portsmouth since 2016 and Steven wants his players to kick on once again.

Speaking after the game he said, “I’m delighted. It was such a big game, such an important game for everybody.

“We need to keep on going, we need to try and harness this into more games, and we still have nine massive games to go.

In a tight game, Ryan Hardie’s 18th goal of the season was the difference with a second half strike.

The noise when the ball hit the net was incredible and reflected the feeling around the game in general - it felt big.

“When Ryan Hardie scored and the noise at the end, wow.

“The players should all be really proud of themselves, to win three points against Portsmouth, who have been flying lately was really important.

“That is what all the games are probably going to be like between now and the end of the season, they’re going to be tight.

“I am just made up that we are all bouncing and all going home happy.”

With nine games to go, there is still plenty of football to play and Steven knows that the players can’t get too carried away.

However, the way they have been playing over the past few weeks has impressed him and shows that they are fully committed to the cause.

He said, “The shape over the last few weeks has been great, we’ve been working so hard at pressing from the front and we realised that we could pinch the ball high.

“That’s what happened with the goal, Jordan won it off Thompson, Pan then showed some composure and gave it to Ryan, the slotter, and he just continued his good form.

“We won’t always win every game of football, but the lads are trying their best and we are working really hard at getting the best information possible.

“They are taking that on board and showing their quality when it matters as well so it’s all good at the moment.