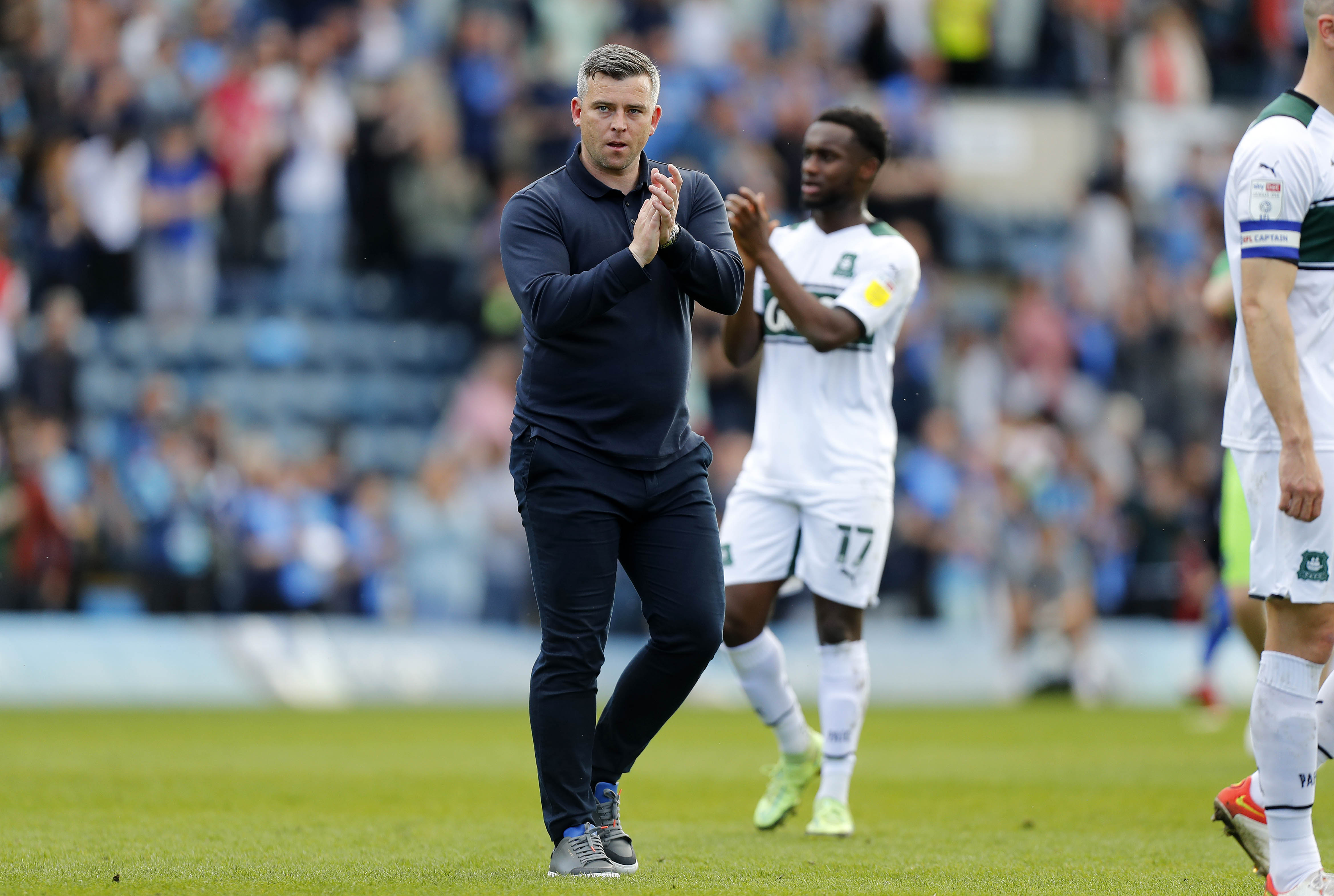 Steven Schumacher has called for a reaction following Argyle’s 2-0 loss to Wycombe Wanderers on Good Friday.

It was only the Greens’ second loss in their last ten games and has seen the likes of Wycombe, Sunderland close the gap to two points with three games to go.

Steven was honest in his appraisal of the game and didn’t feel the performance was good enough.

He said, “It was rubbish.

“We conceded two poor goals and were overpowered by them.”

He was particularly disappointed in the way the side failed to deal with the physicality of Wycombe who play a very powerful game.

They were undone twice on the counter attack, with Garath McCleary scoring two good goals.

“There aren’t many surprises when you play Wycombe,” Steven said.

“You know how they’re going to play and so you have to match it – we didn’t.

“Today we got beaten by a side that were physically stronger and a side who wanted it more than us.”

With another game against one of the play off rivals just three days away, Steven is keen for his players to bounce back and show a positive reaction when Sunderland travel to Home Park on Monday.

He said, “Every time we have had a performance that has been below standard, and there hasn’t been many of them, we always have a good reaction.

“Against Sunderland on Monday is going to be tough because they’re a good team and are fighting for it.

“The players are honest, they try every week and I wouldn’t question the players effort, I just felt that we didn’t stand up to Wycombe.”

With games against Sunderland, Wigan Athletic and Milton Keynes Dons to come, Argyle’s fate is in their own hands.

They’re fourth in Sky Bet League One with 78 points and they know wins in their last three matches would secure a play off spot, if not better.

However, that reaction has to come and especially to show the supporters that the side are still fighting for them.

Steven said, ‘Look, there hasn’t been may occasions that we have played like that, that’s why we are where we are in the league.

“1800 fans have come here, to watch us again and they don’t deserve a performance like that.

“The game against Sunderland was always huge, we have to go there and get the win. We have to compete and have a go.”