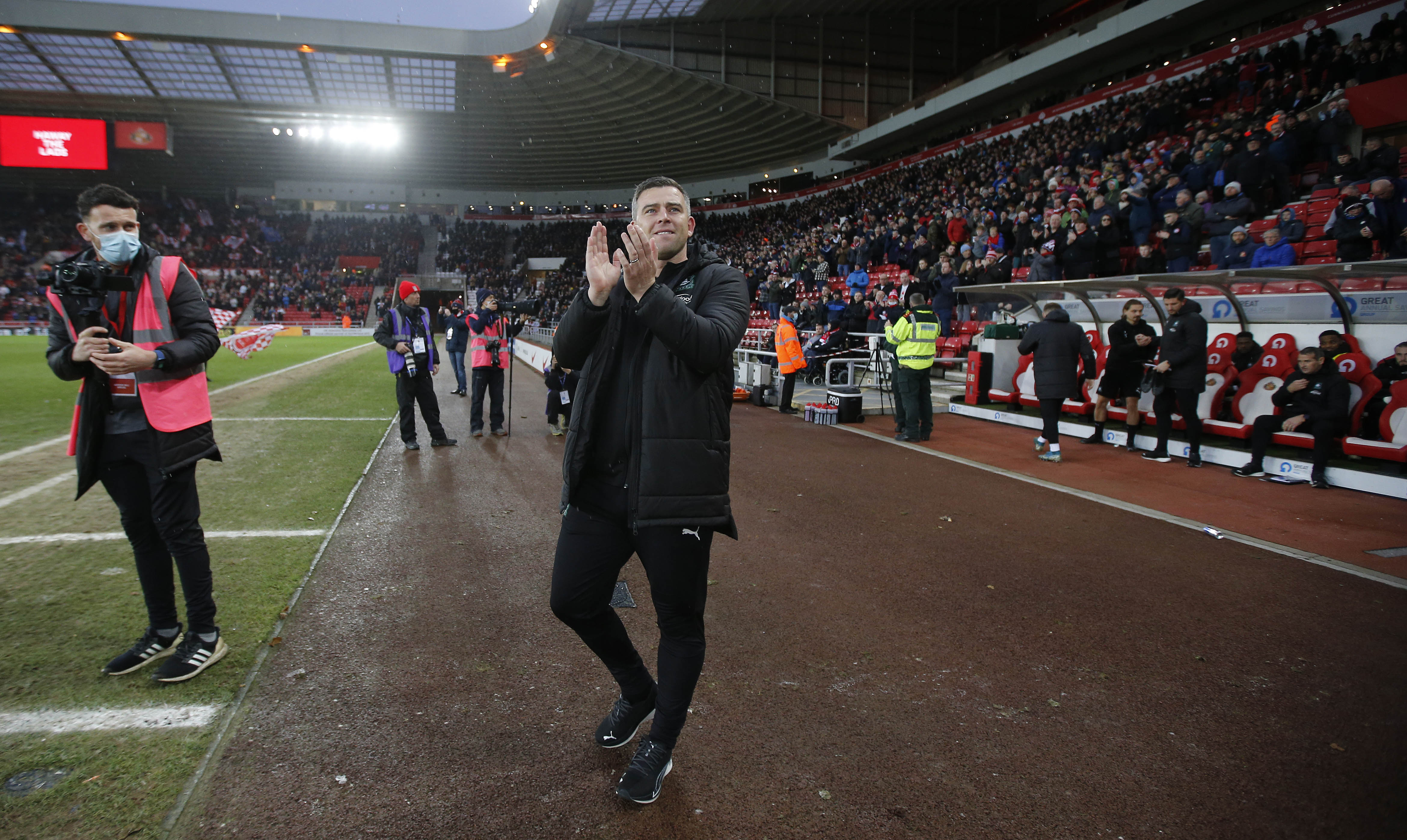 Steven Schumacher is looking forward to getting back to a bit of normality next week, as a busy and exhausting week ended in a 2-1 defeat to Sunderland AFC at the Stadium of Light on Saturday.

The Greens fought back from a tough opening to put in an impressive performance against a free scoring Sunderland side.

The hosts raced into a 2-0 lead after just 13 minutes, but the Pilgrims held firm and were unlucky not to come away with a point after Dan Scarr’s second half header.

Speaking after the game Steven said, “The players need a break, they need to switch off a bit.

“Physically and mentally, we look a little bit off it which is to be expected.

“They and I will have a couple of days to rest and recover and then we’ll be fresh and ready to go again.”

The slow start ultimately cost the Greens, who have had three away trips in a week which has also seen their manager change.

“It wasn’t a great start,” Schuey said, “we spoke to the players about coming here to try and quieten the crowd down which is a big factor for them.

“Credit to Sunderland, it was a well worked corner routine that we hadn’t seen before and sometimes you just have to hold your hands up.

“The second one is disappointing; we didn’t stop the cross coming in and the lad was given too much space to get the finish.”

In the second half the Greens came out firing and almost got back into the game in the opening stages when Ryan Hardie saw an effort well saved.

It was a sign of things to come and whatever the manager said at half time appeared to be working.

“I think in the second half we did the basics a lot better,” Schuey said, “we looked a goal threat and nearly got that goal straight away.

“The players stuck at it, and they didn’t let their heads drop. You can never question their effort and they put in a shift once again.

“For long periods in that second half we went toe to toe with Sunderland and if we had got a draw, we would have been worth it.

“It just wasn’t to be today, it was always going to be a tough game.”

One big positive from the game was the way Argyle responded to Sunderland’s thunderous start.

Lee Johnson’s side put five past Morecambe on Tuesday and were in the mood again on Saturday.

Schuey was proud that his players didn’t fold.

He said, “Some teams, being 2-0 down after twelve minutes, could have folded, it could have ended up five if we did.

“But it wasn’t that, we stuck at it and gave it a right go which I am pleased about.

“They will have a couple of days off before we get back in next week to prepare for Charlton.”