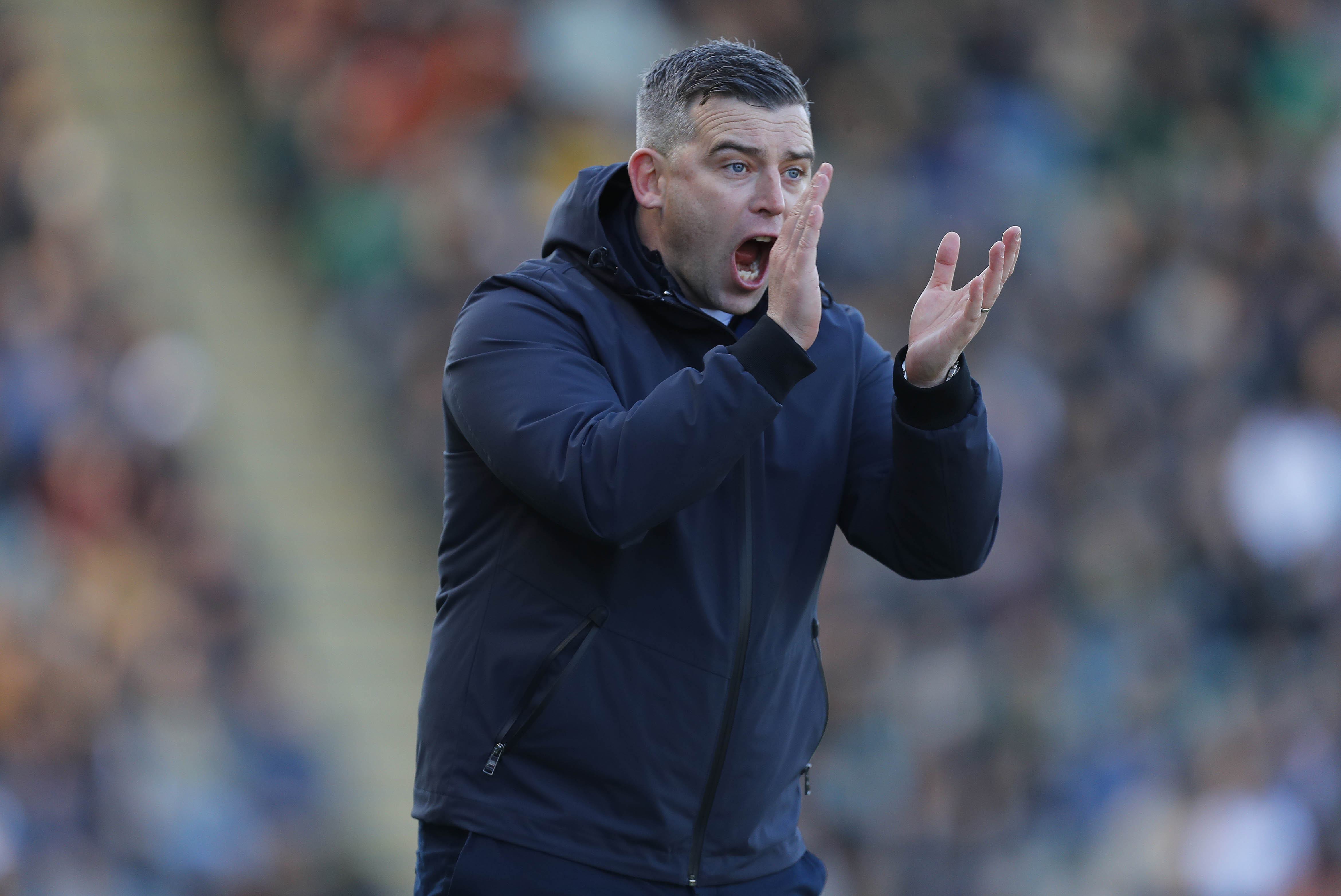 The loss leaves Argyle in seventh and two points adrift of the play-off places.

“The lads gave everything they had and caused them all sorts of problems.

“I don’t think we deserved to be on the losing side. If you don’t take your chances against the top teams, you’ll get punished.

“We saw they had flaws in them, and we felt we exploited that today.

“We still got within their goal on a 1 vs 1 two times, we just didn’t have the finishing touch.”

In a feisty first half, the best chance fell to Argyle with just over ten minutes played.

Jordon Garrick could only angle his header onto the post after a sublime cross in from Conor Grant.

Despite Ryan Hardie’s best efforts in the second forty five, to make a mark on the scoreline, it was the Rotherham’s and Sky League One’s third top goal scorer, Michael Smith who made the impact and scored the decisive goal.

Schumacher conceded to the quality of Saturday’s opposition, “They’ve got a striker in top, top form, he’s probably the best striker in the division.

“They’ve also been very good defensively this season, especially when they’ve only conceded five goals, and we had four or five really big chances today.

“In general, we’re positive with the performance. It’s not good we didn’t get a result, but it’s shown how far we’ve come.

“We’ve got to recover for next week and go again against Morecambe.”

Schumacher also gave his thoughts for the run-in for the play-offs, “It’s a massive run in for March, a lot of home games.

“We’re going to need the support of the home crowd.

“We’ve played really well, and we just didn’t have that final bit from the strikers who’ve been excellent for us in the last few weeks.

“It is what it is, we move on, and we look forward to Morecambe”

At full-time, Home Park stood and applauded the team despite the result, being a testament to the performance.

“The fans are brilliant, they clapped us off the pitch today,” Steven said, “If they can see that the player put in the effort, they’ll always support us.”