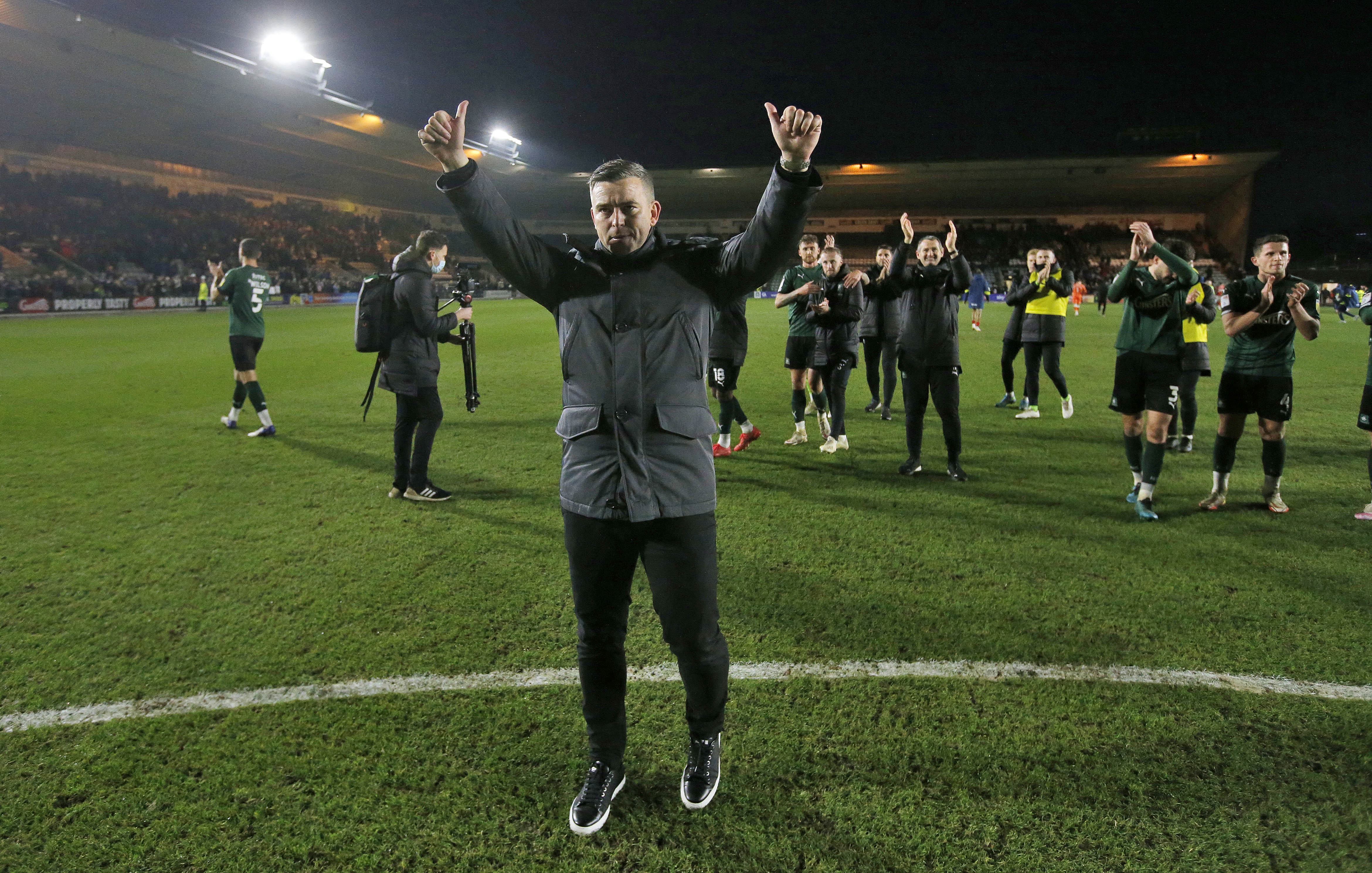 Schumacher era off to a perfect start

Steven Schumacher celebrated his first home game as manager with a vital three points against Charlton Athletic on Saturday.

Kieran Agard scored the only goal of the game on the stoke of half-time to give the Greens their first league win in over a month.

“I am pleased for the players that they have managed to get that win,” Steven said after the game.

“They have had a tough run of fixtures recently and we haven’t been on the right end of the results.”

It was Charlton who ended Argyle’s 16 game unbeaten run in Sky Bet League One, so it seemed almost fitting that it would be the Addicks that ended the run of results without a win.

They came into the game on the back of four straight wins and had a new permanent boss in the dugout after Johnnie Jackson was given the job full time.

After a tough first half, where the visitors dominated possession, Argyle came out firing in the second period and in truth, could have scored more goals.

“I’m not sure we deserved to be in front at half-time,” Steven admitted, “but I thought we were the better team in the second half.

“I thought we looked a bit nervy in the first 15 minutes and I just asked them to relax a little bit at half-time.

“Charlton had some chances and Mike [Cooper] made a couple of big saves too, but we didn’t impose ourselves on the game.

“In the second half we could play the game in their half and created some really big opportunities ourselves.”

Another plus point for Steven was that Kieran Agard proved to be the matchwinner.

The 32-year-old was making just his second start in the league and grabbed his first goal in Sky Bet League One.

Steven said, “I am made up for Kieran.

“He has been here for quite a while and will probably feel he should have had more opportunities.

“When he has played, he’s scored goals and what I would say is that he trains every day like a model professional.

“He did what Kieran does, when he gets an opportunity more often than not, he scores.

“I think that I need to be fair to people and give people opportunities when its deserved and when it’s due.”

On top of the win and the goal for Agard, the Greens also managed to keep their first clean sheet since the 3-0 win over Sheffield Wednesday in the Emirates FA Cup.

Michael Cooper produced some fine saves to deny Jayden Stockley and Elliot Lee and the defensive trio of James Wilson, Dan Scarr and Macaulay Gillesphey were at their best.

Steven said, “We think Michael is one of the best goalkeepers in the league, he’s made a couple of errors of late and the defence in general haven’t been as solid as they were at the start of the season.

“If they keep playing like they did today and stick together, help each other out and encourage each other, we are going to get more results like that.”

The result was obviously the main thing on Steven’s mind but there was a huge sense of pride that he was able walk out as manager of Argyle at Home Park.

The response from the crowd is something that will live long in his memory.

He said, “It was something I will never forget.

“I had butterflies in my stomach and tried to keep it cool, I probably didn’t do that.

“I want to thank the fans for the reception, singing my name – I absolutely loved it and hopefully we’ll have more days like that.”