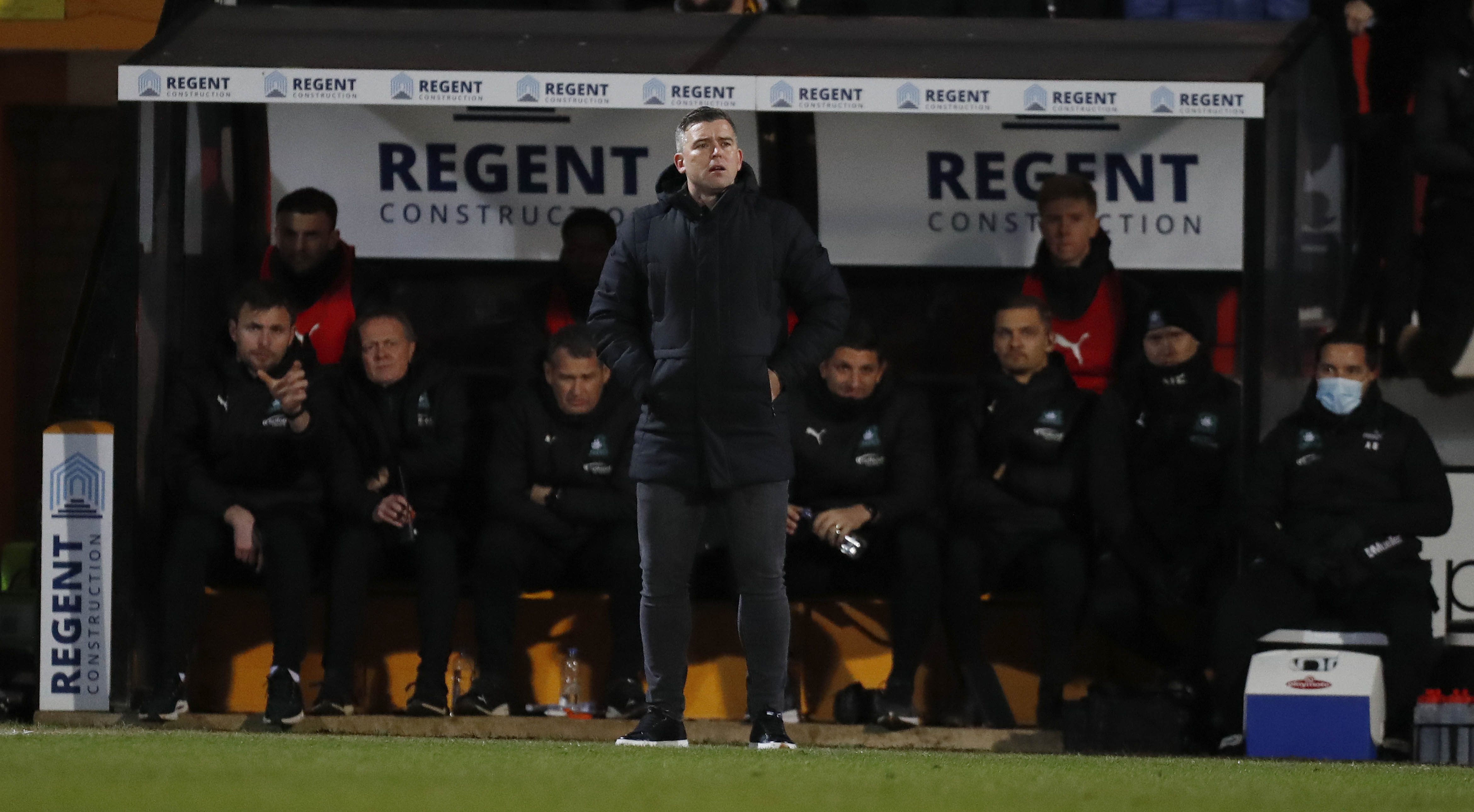 Steven insists that, despite the result, the Greens are still in a great position in Sky Bet League One and, as they work towards their next game on Saturday, the players must keep their heads up.

“It was tough,” he said, “we knew it was going to be a tough place to come. Cambridge are good team at home.

“We did okay on what was a really tough pitch to try and pass the ball.

“We passed it okay, just didn't have any end product. Some of the deliveries that went in from set plays, on another night, it hits one of our players and goes in; it was just one of them.

“We didn't get off to a great start, and we made an error, an individual error, and it's cost us a goal.

“After that we huffed and puffed and hadn't done quite enough to trouble their goalie.

Cambridge’s second goal came from Argyle’s Conor Grant going down on the edge of the box and despite a call for a foul, play carried on and Jack Lankester was able to slot the ball past Mike Cooper to double the lead for the U’s.

Steven gave his opinion on the decision leading to the goal and said: “It's a strange one. I can't understand how, when someone’s in front of somebody else and they get tripped up then it's got to be a foul.

“That's how I see the game but they're obviously different; It's cost us really because after 1-0 it’s tough enough to turn around here because of how well Cambridge defend in general, but to do it at 2-0 was too much.”

One big positive that came out of Tuesday night was Steven Sessegnon making his debut for the Greens, which the manager was delighted about.

He said: “Joe Edwards had a little niggle yesterday in training, so I didn't feel it was right to risk him, so Ryan Broom started and Sess was on the bench.

“He showed some little bits of quality when he came on and I'm pleased to have him finally involved.”

Argyle are still in a great position in the league, and Steven believes that his team are still capable of continuing in their good form with positive performances.

He said: “We are still 5th in the league, so we're on a great run; we're not going to win every single game.

“We got four wins on the spin and a draw before, so the lads are playing really well.

“We can't let our heads drop, we're playing great, and we've got a brilliant game to look forward to now on Saturday at Home Park against Rotherham so bring it on.”