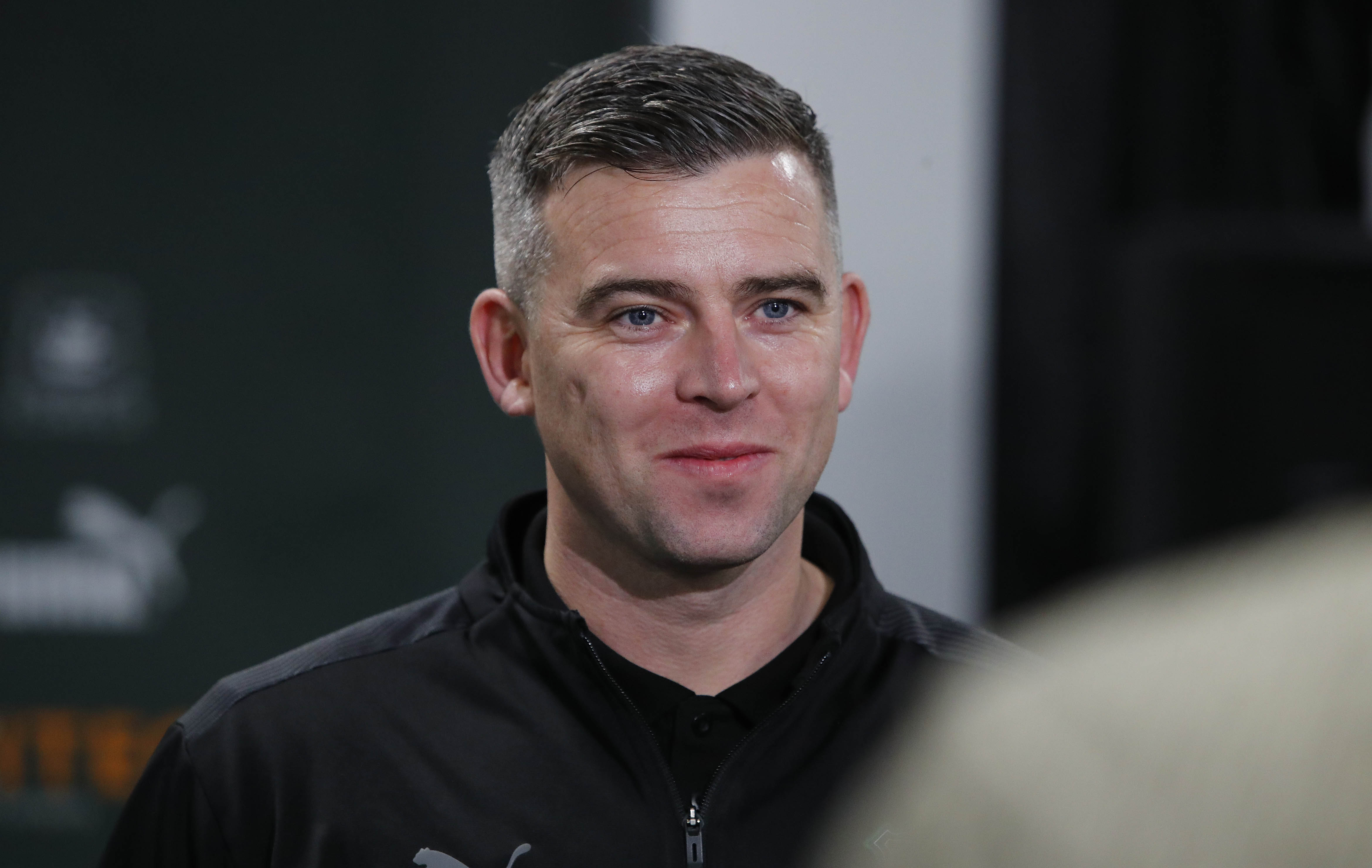 Schumacher gets to work

Steven Schumacher began his first full week in charge of Argyle in an understandably positive mood.

Having signed a three-year contract keeping at Home Park until 2025 last Tuesday, he has already seen his side in action twice - away to Milton Keynes Dons and Sunderland AFC.

Despite the hectic start he has wasted no time getting down to work and has quickly got to grips with his new role - the transition from coach to manager is something he has taken in his stride.

“Lots has happened in the week, it been a bit manic, but it has settled down a bit now and we’re looking forward to the next week.”

Other people in his position would have found the past seven days overwhelming but Steven seemed relaxed in his new office and was visibly chuffed to be given the reins of the Pilgrims.

He said, “It’s an unbelievable honour and privilege to be asked and now to be in this position, it is the best job in Plymouth.

“I know how important it is to the people down here that they have a club that they can be proud of and I am loving it.”

Steven has wasted no time in getting stuck into his new job, having arrived for his first full day in the office at 8am he is already in discussions about a new assistant.

“We are in discussions for an assistant to come in. It’s really important that I take my time on that and make sure we get the right one.

“I have an idea on who I want that to be and the sort of person I want them to be and like I said, we’re in discussions and hopefully they decide to take up the opportunity.

On top of that he has outlined his ideas and plans for an Argyle under his stewardship.

“We’ve had a staff meeting where I have outlined what I want to do, there are some things I would like to do a little bit differently than before.”

“Nothing too drastic but maybe a few little tweaks that will hopefully allow us to do even better in the matches coming up.

“When we got the job two and a half years ago, Simon [Hallett] and Andrew [Parkinson] had a remit where they had a specific philosophy. That was that if the manager changes the club doesn’t too much and I think me getting the job after Ryan moved on proves that.

“I think it’s important that there aren’t any deviations in the road, it’s good to keep everything consistent.”

Having been around the club for the past two and a half years and having worked so closely with Ryan Lowe in building Argyle to the side they are today, Steven knows how the club works and the direction everyone wants it to go in.

He was instrumental on the training pitch and was someone the former manager relied on but the step up from coach to manager has not fazed him.

He said, “Once the games got going, I settled down and did what I would normally do.

“I was probably more nervous than I normally would be, but the task was still the same, we had to go and win a football match.

“I think it was the last message before we left the hotel or before going out of the dressing room.

“It was always something that Ryan would do, I never had to do it, so it was a totally new experience.”

For Steven, the week has been manic, but he was very quick to point out that the players have had an emotionally draining time as well.

Three away trips and a change of manager has been a lot to deal with, but he feels that they have responded incredibly well.

He said, “The players have been top class, we’ve had three hard away games. They would have been difficult no matter what.

“I felt that the lads were brilliant and thanked them after the game on Saturday but they need to carry in being brilliant.”

Schumacher’s first home game in charge of the Greens is on Saturday when Charlton Athletic come to town and it’s going to be some occasion.

Nice to have you Gaffer, good luck!