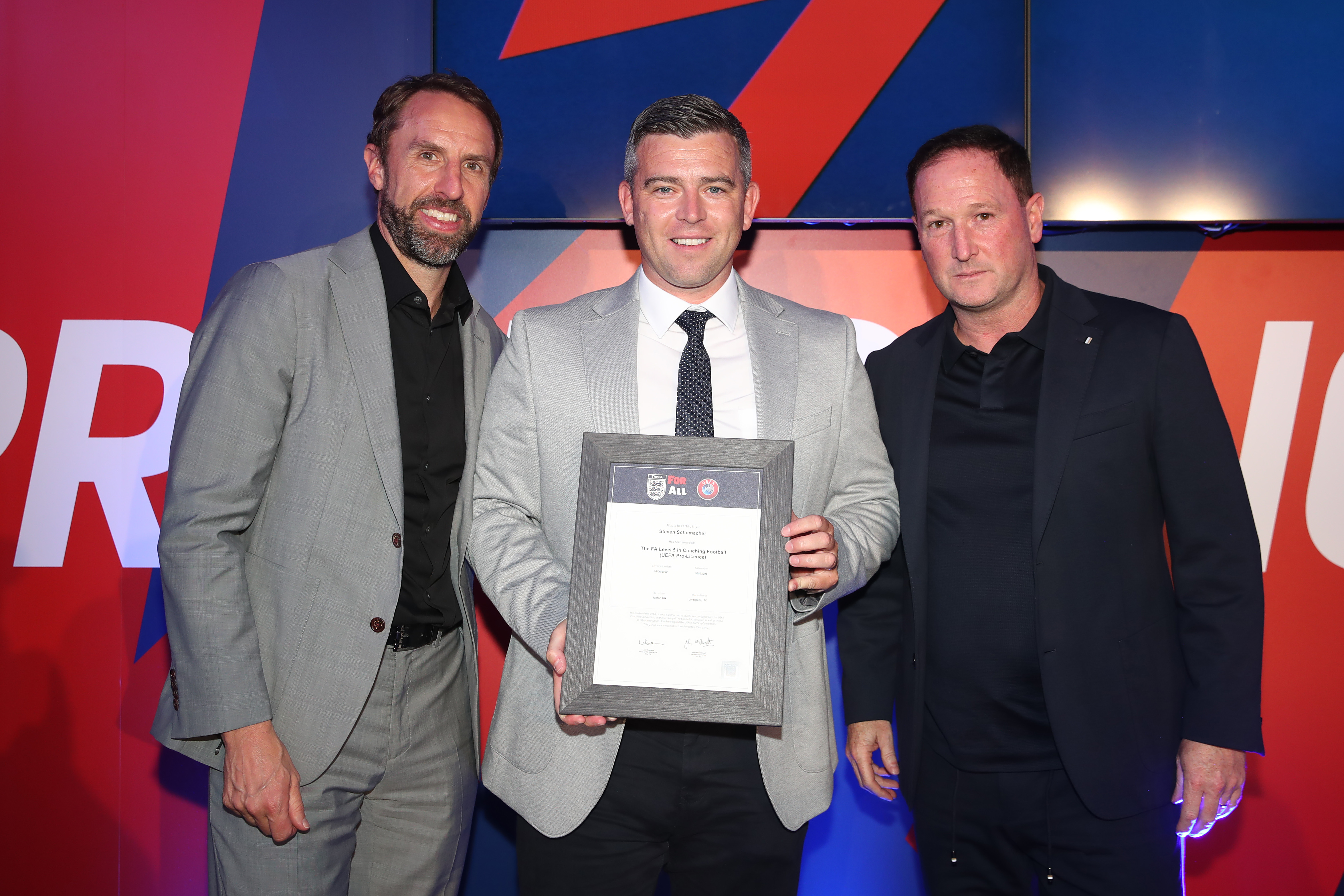 Congratulations to Argyle manager Steven Schumacher, who has attained his FA Level 5 UEFA Pro Licence after an 18-month course.

The award is one of the highest achievable qualifications for football coaches and is a requirement for coaches who wish to manage at the highest level.

He was given his certificate at a graduation ceremony, held at the Lowry in Manchester, by England manager Gareth Southgate and his assistant Steve Holland.

The award is proof of Steven’s desire to learn and improve and underlines his want to instil a winning and successful mentality at Argyle.

“It has been a tough time, but a really good time. I have learnt so much and met some great people.

“There are only 600 people in the English FA that have the Pro licence, so I am incredibly proud.

“I have had time to look back over a hectic last few years; from stopping playing, to coaching, to getting an A-Licence to becoming a manger.

“It’s great to get it done and now I can get on and focus on doing well at Argyle.