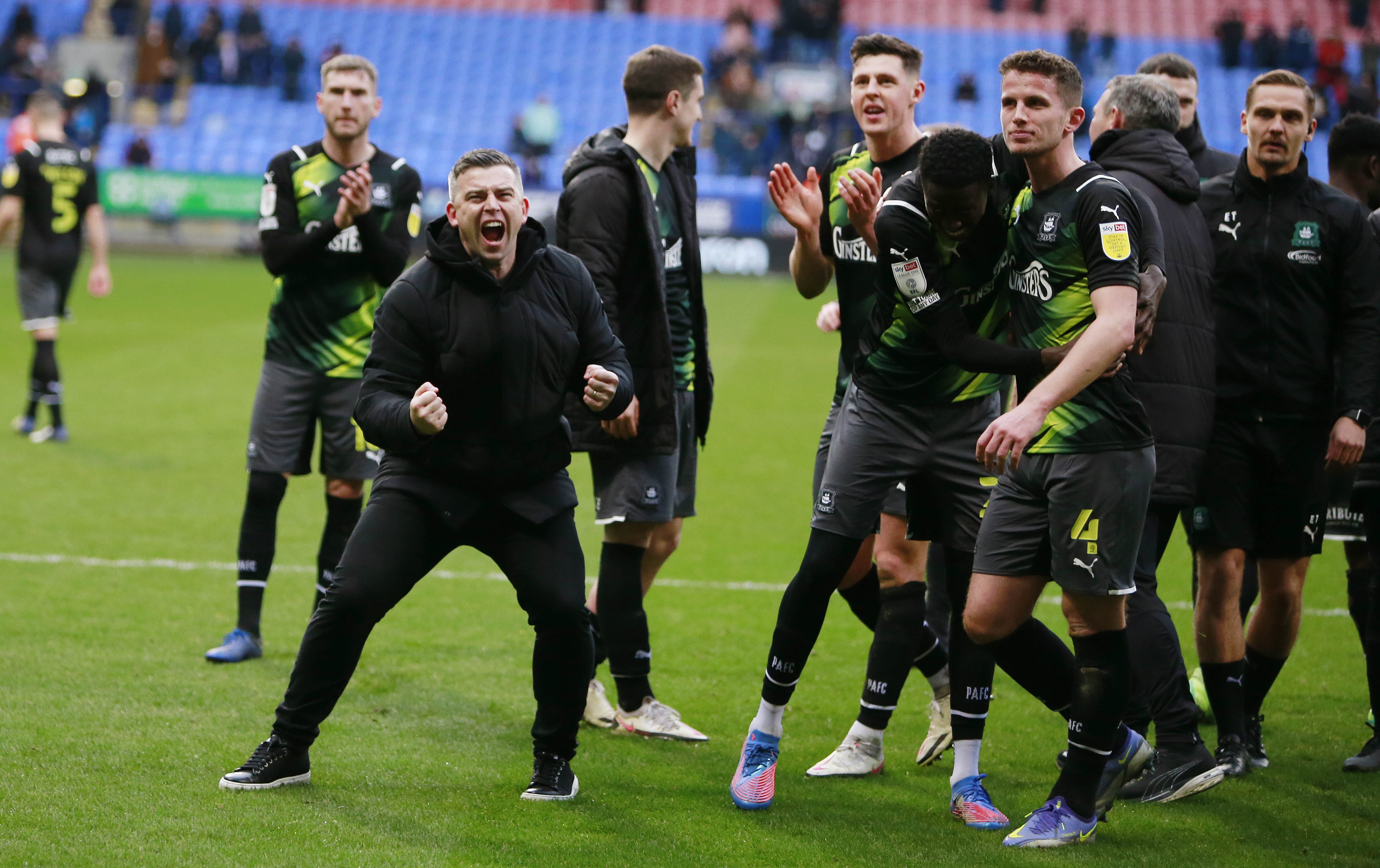 As wins go, Argyle’s 1-0 win over Bolton Wanderers on Saturday will go down as one of the most pleasing of the season.

Steven Schumacher couldn’t hide his delight at the victory, which saw the Greens showcase their dogged, defensive side.

“Those are the best sorts of wins,” Steven said speaking after the game.

“I thought the lads were excellent and we showed a different sort of character, it was a gutsy performance.”

Macaulay Gillesphey gave Argyle the lead three minutes before half time, and it was just reward for a strong first 45 minutes.

They came into the game knowing the importance of the fixture, with Bolton one of the sides trying to catch Argyle in the Sky Bet League One play off places.

Steven said, “It’s a massive win, Bolton are in good form, they’ve been picking up loads of brilliant results of late and they unbeaten here in seven games.

“We played some good stuff in the first half and created some chances but in the second half we really had to dig in and defend well.”

The goal itself was a well worked routine. Gillesphey nodded in at the far post from a Jordan Houghton corner and set piece goals was something that the side have been trying to improve.

To get one in this game was pleasing for Schumacher, he said, “It was a great time to score to be honest and we’ve been quite good from set pieces recently, without scoring.

“Hughesy has been taking charge of attacking set plays and today it was designed and really well worked.

“We need to get more goals from set plays, so it is something we need to keep working on.”

As the game went on Bolton became more desperate and piled on the pressure in search of the equaliser.

They changed their front line and formation to give them more attacking options, but the stoic Argyle defence did not budge.

The shutout was the third in as many games.

“They had a lot of the possession in the second half and had some good chances,” Steven said. “The players they have going forward, even the lads they brought off the bench are quality.

Having negotiated the seven minutes of added on time and in doing so picking up a third successive win, the Greens remain in the Sky Bet League One play off places.

And, with just 10 games to play, they are well placed to extend their season and get a shot at promotion.

Steven said, “We’re not too concerned about what everyone else is doing; we know if we play well and put the effort in like we have done, then we are a good team.

“It’s going to be a tough run in, 10 hard games to go and the players need to take this confidence and put it into more strong performances.”