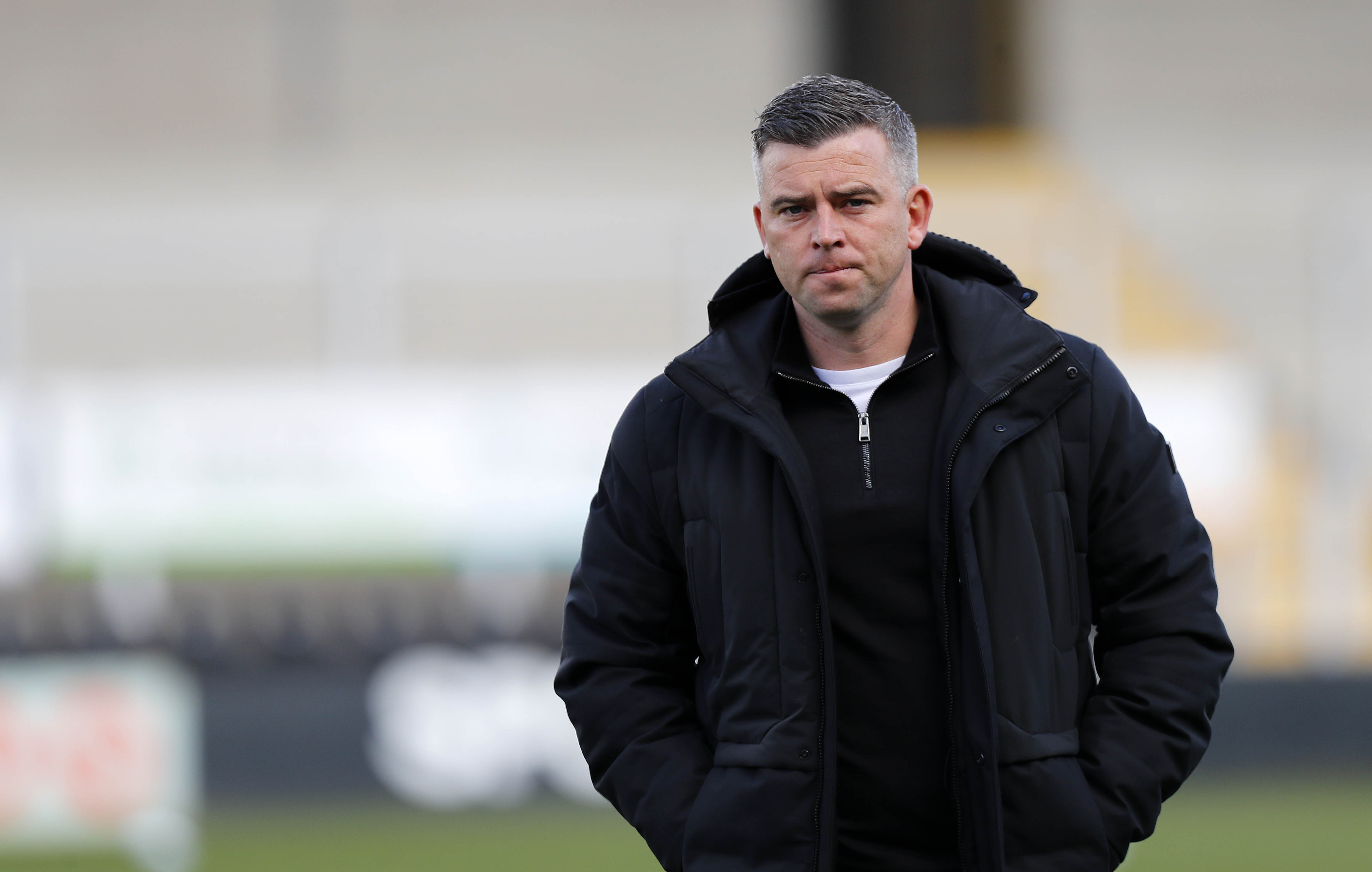 Steven Schumacher was left frustrated after the Greens played out their first 0-0 draw in Sky Bet League One this season, against Burton Albion on Saturday.

The big talking point in the game came in the second minute, when Joe Edwards thought he had headed in his sixth goal of the season.

However, Burton captain John Brayford, hooked the ball away from under his crossbar and the officials didn’t feel the ball had crossed the line.

Steven had a different opinion though, “It shouldn’t have been a 0-0. We felt we scored a perfectly good goal in the first minute.

“It was a lovely ball in by Houghton, Joe Edwards heads it and James Wilson is stood right there and can see it’s over the line.

“It looks like the lad is in the goal and has cleared it backwards, so for me, that should have stood.”

It was the sign of things to come, and the Greens were unable to break down a stubborn and well drilled home side.

The Brewers had only won one of their last eight matches coming into Saturday’s fixture and they made it difficult for the Greens, determined to get their first clean sheet in seven months.

Steven said, “We knew it was never going to be free flowing, it’s not the style they play, and the pitch didn’t allow us to do it.

“We knew that chances would be at a minimum and we knew we’d have to be good from set pieces.

“That game was always going to be decided by fine margins and that’s why I am frustrated, the fine margin in the game, didn’t go our way.”

The stalemate does mean that Argyle have picked up another clean sheet making it eight shutouts in their last nine games.

Steven was pleased with the way the side defended, especially dealing with Burton’s set piece prowess.

He said, “I thought we did ok, we stood up to them and dealt with everything they threw at us brilliantly.

“They’re really good from set pieces, second in the league in terms of scoring from set plays, so we dealt with that well, I lost count of the amount of times the lads headed away long throws.

“It was a very good defensive performance, it’s another clean sheet, which is a nice bonus.

“We didn’t give too many chances away in the game and it was a solid display.”

The point takes Argyle to 78 with just four matches to play and the Greens have a five point buffer to seventh placed Wycombe Wanderers.

As luck would have it, Wycombe are the Pilgrims’ next opponents, on Good Friday.

“Its another point for us, were up to 78 points now which is an incredible number,” Steven said.

“We have four massive games to come now, and we’ll need a couple more results to secure a play off spot.

“We come out of today with that clean sheet which is pleasing but we have to move on and look at Wycombe now.”

One of the driving forces in the final four matches could be the Green Army.

1700 of them made the journey to the Pirelli Stadium on Saturday, and Friday’s clash with Wycombe is also a sell out in the away end.

Despite not giving them the three points to celebrate, Steven saluted the supporters’ effort.

He said, “You could hear the fans signing right from kick off and they stayed behind to show their appreciation to the players.

“It’s unfortunate we didn’t get that goal for them to celebrate, but we will try hard to make sure we do on Friday.”