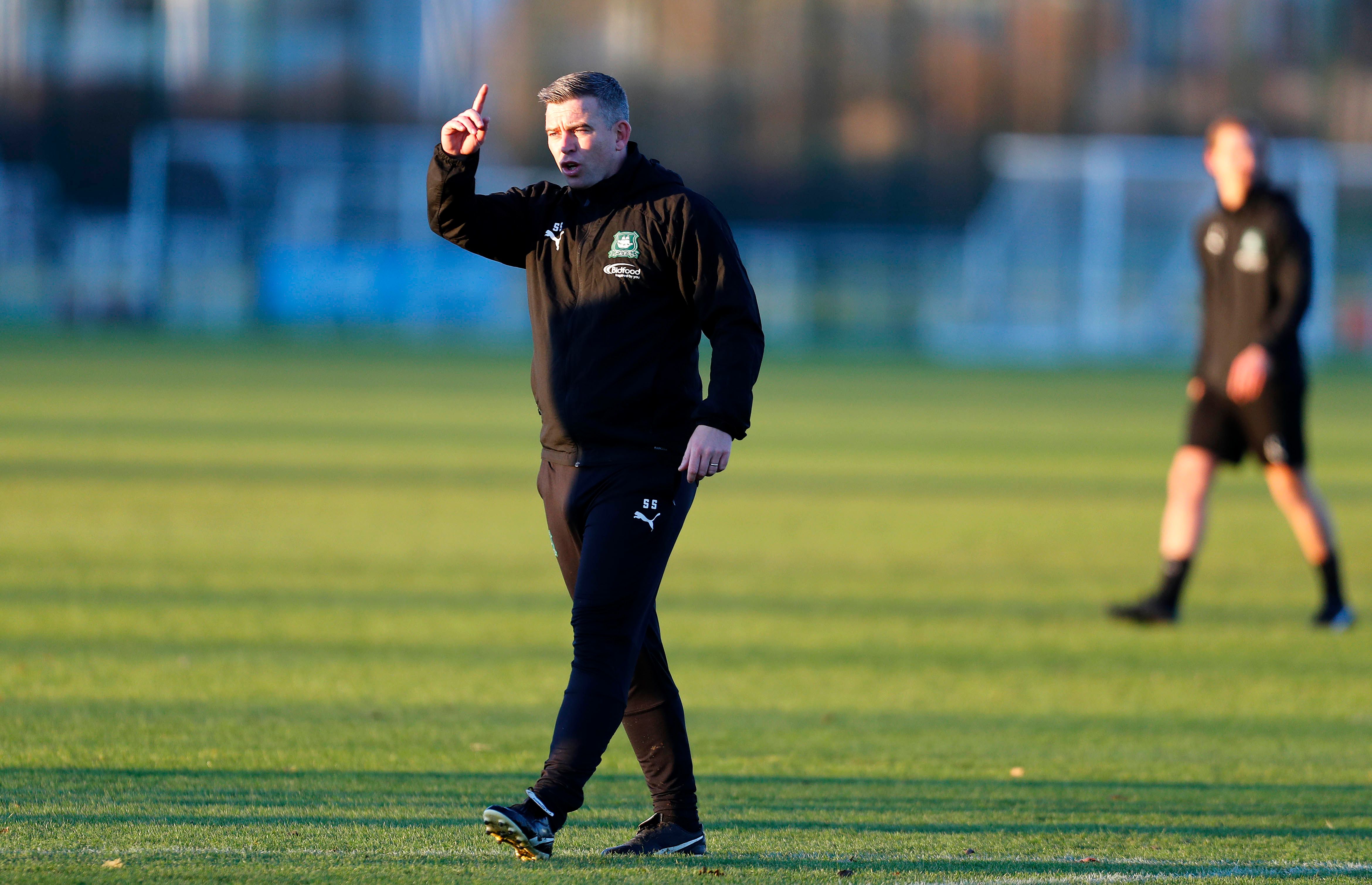 Schumacher looks ahead to Lincoln

Argyle will return home for the first time in five weeks when Lincoln City visit Home Park on Saturday.

The Greens have played three away games since the 1-0 win over Charlton last month, beating Cheltenham Town and Birmingham City before losing last weekend at Sheffield Wednesday.

Argyle currently sit sixth in the Sky Bet League One table and have only lost two matches on home soil this season.

The defeat in Yorkshire last weekend was the first time that the Greens had conceded four goals in a game since the 4-1 loss to Swansea City in August.

Their defence has been pretty solid all season with only four sides conceding fewer than the Pilgrims all year.

Anticipation for the return to Home Park has been building and it is expected to be a popular game with the Green Army.

Steven Schumacher is also looking forward to getting back in front of the supporters.

“We can’t wait to get back in front of our own fans and hopefully Home Park will be bouncing.

“It’s two teams who want to play football the right way. They are in good form at the moment.

“In our previous meetings against them, they have been entertaining games.

“The one earlier this season was a really good watch so hopefully it’ll be another cracker.”

Last season, this fixture produced a seven goal thriller, with Joe Edwards getting an injury time winner to give the Greens a 4-3 win.

The two sides met back in October when Argyle came away with a point, in a 2-2 draw.

Saturday will be a chance for the squad to get back to winning ways which would help solidify themselves in the play off places.

Steven said, “We know our performance wasn’t good enough last week and we will be wanting to put that right on Saturday.

“We have players back and raring to go, we have good competition and I now have a bit of a nice headache around selection for Lincoln.”

The Imps come into Saturday’s game off the back of a defeat as well, losing 1-0 at home to Cambridge United.

That loss brought a two match winning streak to an end and leaves Michael Appleton’s side 18th in Sky Bet League One.

Last season’s play off finalists have been active in the transfer market this month, bringing in four new players.

They have signed former Portsmouth forward John Marquis for an undisclosed fee as well as the loan signings of Morgan Whittaker and Liam Cullen from Swansea along with youngster Brooke Norton-Cuffy from Arsenal.

Lincoln have lost only one of their last six Sky Bet League One away matches, claiming an impressive 3-1 over Sunderland at the Stadium of Light on their last trip.

Argyle will be without both George Cooper and Brendan Galloway who have long term injuries.

Ryan Hardie’s shoulder will be assessed before the weekend while Panutche Camara is unlikely to feature having returned from the African Cup of Nations on Friday.

Lincoln will be without the injured duo of Joe Walsh and Adam Jackson while Lewis Montsma is also a concern.

The game is also likely to come too soon for Tom Hopper and Liam Bridcutt who are both close to returning to first team action.

Supporters are reminded that COVID passes, or proof of a negative lateral flow test will still be required for this weekend’s fixture. Find out the latest information here.