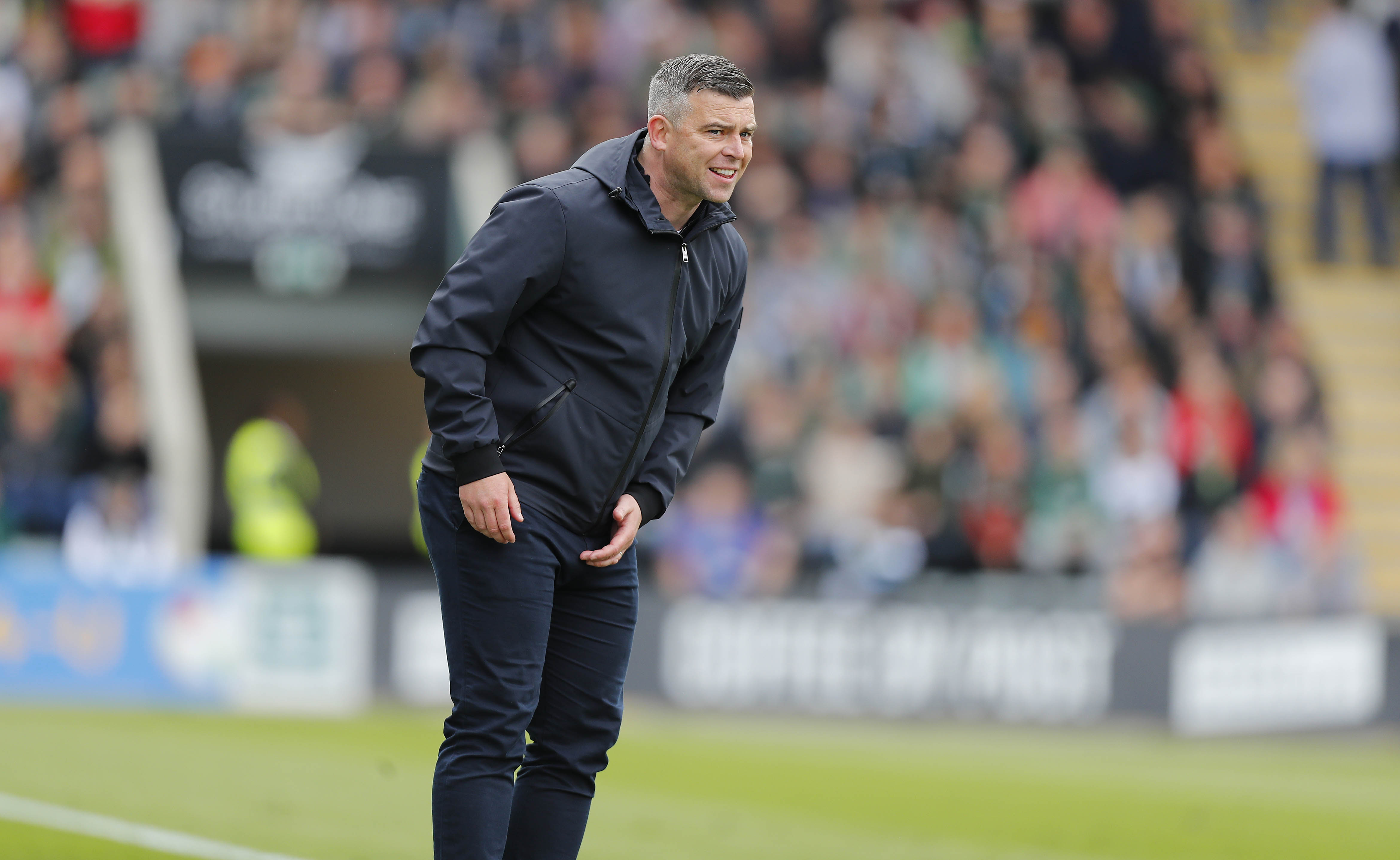 Steven Schumacher was positive after Argyle’s 0-0 draw with Sunderland on Easter Monday, but felt the side could have been more clinical.

The Greens, cheered on by almost 16000 fans, were on the front foot for most of the first half and had the chances to go into the break in front.

Ryan Hardie, returning from injury, and Niall Ennis came close, but neither were able to break the deadlock.

Speaking after the game, Steven said, “It was a close game, a good game especially first half with a lot of nice football.

“We created some good opportunities and just messed up on the final pass or final attempt.

“It looked as if one chance was going to win it in the second half and it became tighter and unfortunately, we didn’t get that killer goal.”

In a nervy affair, where both sides weren’t at their flowing best, Argyle once again showed their defensive prowess, keeping their seventh consecutive home clean sheet.

Mike Cooper was called into action on just a couple of occasions as the Greens limited a Sunderland side with the league’s second highest scorer, Ross Stewart, to very little.

Steven said, “Our defensive shape was good once again and that enabled us to break and go and try to attack – we just needed a little bit of extra care.

“I was never too concerned we weren’t going to get a reaction and the lads showed the effort that they always do.”

Steven was also pleased with the way the players reacted after Friday’s defeat to Wycombe Wanderers and feels it could be the sort of performance to push them into the final two matches.

He said, “Wycombe was a tough game, but I knew that back here on our pitch and in front of our supporters we are a match for anyone.

“We’ve got two huge games to go, it’s all to play for and it’s so tight.

“All four of us fighting to try and get into that play off mix are playing well and we’re still in there and fighting.

Another bright point from Monday’s game was the return of top scorer Ryan Hardie.

The 19-goal man had missed the last three matches with a thigh problem but was back in the starting line-up and almost got on the score sheet.

“It was nice to have Ryan back - he was a little bit rusty, but he hasn’t trained much,” Steven said.

“He put himself about a lot, had a chance with the header and he’s shown no reaction to his thigh strain, so that’s brilliant.”

The Greens travel to Wigan Athletic on Saturday and do so knowing that a win would put them one step closer to making the play offs.