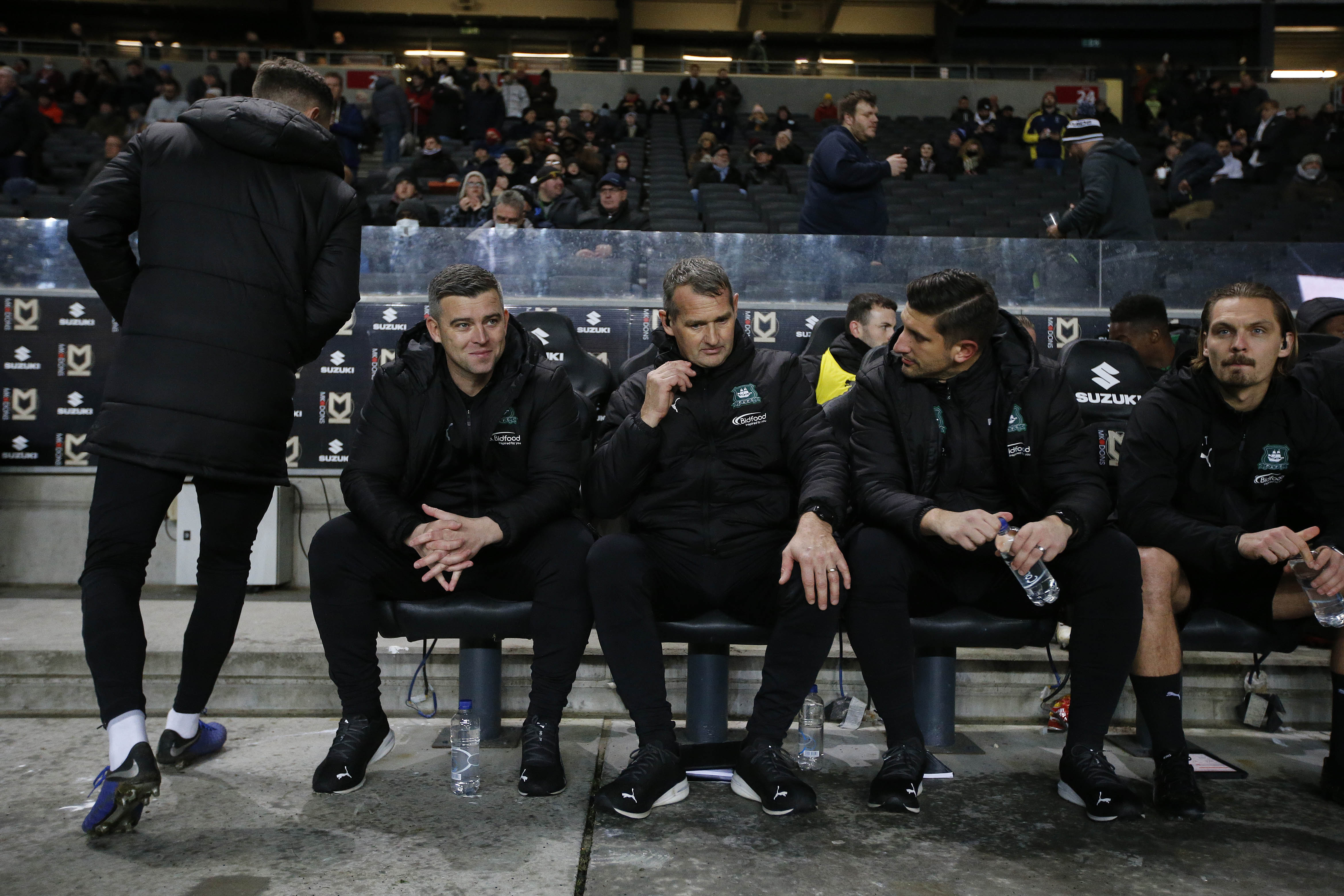 Steven Schumacher spoke of his of his delight at getting a point away to MK Dons in his first game in charge of Argyle.

Conor Grant scored the first goal of the Schumacher era to grab a point against an impressive MK Dons side.

“It’s really hard to put into words all of my feelings,” Steven said, “It’s been a bit of whirlwind.”

Schuey was confirmed as Argyle boss on Tuesday afternoon and had just over 24 hours to prepare for a Sky Bet League One game.

On a personal note, it was a hectic 24 hours, but in true Schumacher fashion the focus was on the team.

“What I didn’t want to lose sight of was what we had going on here this evening,” he said.

“It’s not about me and who is the manager, it’s about us playing against a good MK Dons team and I thought we did well.

“I thought it was important to try and get a result from the game because of what has happened this week.

“With the last few results in the league, we had to show we can compete and get back on track.

Having worked as an assistant to Ryan Lowe for just under four years, as well as, being teammates and friends before that, the decision to ‘go it alone’ and break that partnership wasn’t an easy one.

Steven said, “I needed to speak to my family to make sure that I was making the right decision to take the job.

“We’ve had a great career together, all the way back from when we played with each other. We’ve always been best of mates, and we always will be.

“It was a really tough conversation as you could imagine, Ryan was given an incredible opportunity which he deserved.

“He took Argyle from league two to league one and we are competing at the right end of the division.

“I think everyone should remember the good work we have done together, and we should look back on that with fond memories.”

The work doesn’t stop with the Greens travelling to Sunderland in three days time.