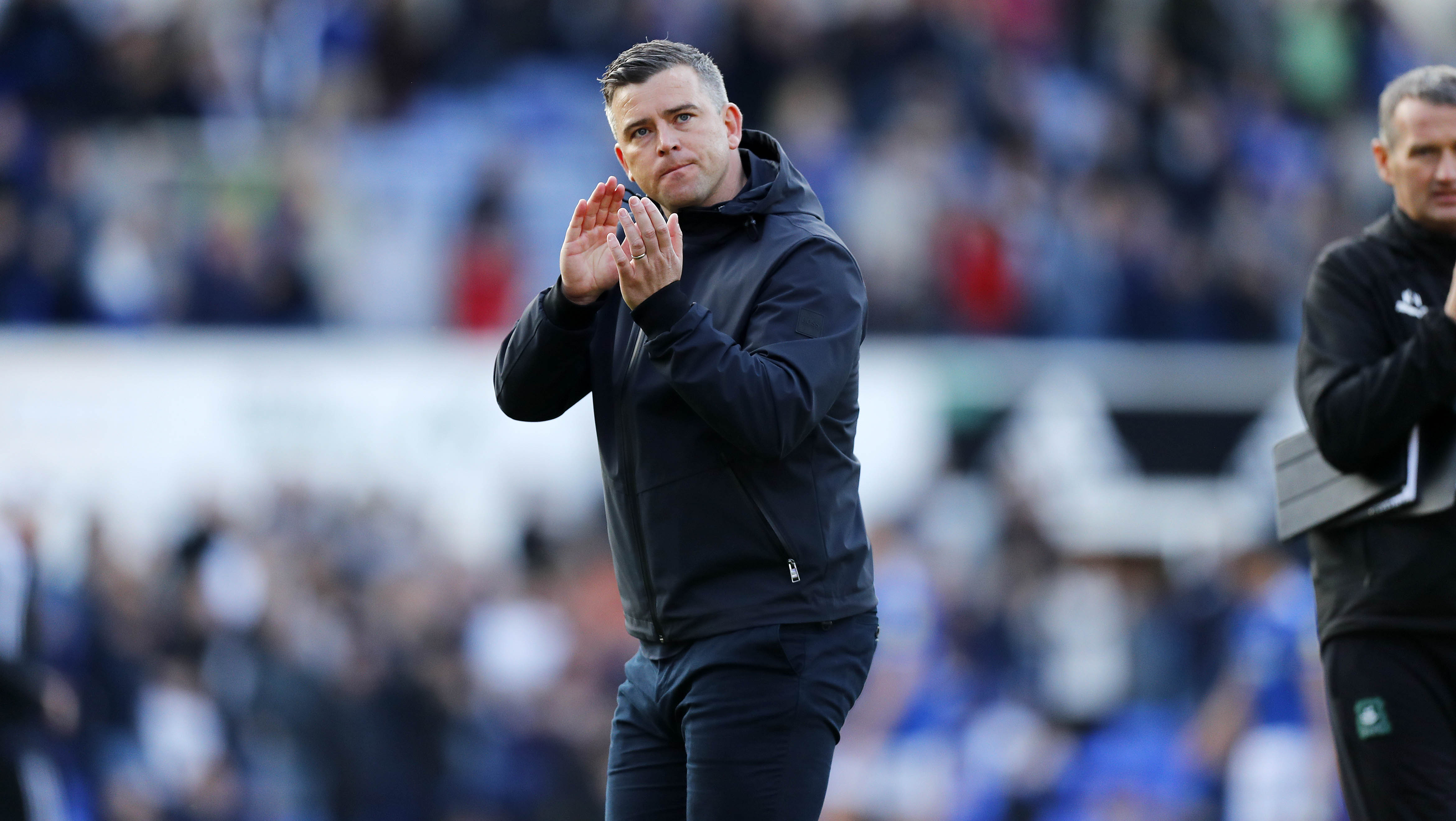 Schumacher positive ahead of run in

Steven Schumacher reflects on an incredible month for the Greens, which ended in a rare defeat at Ipswich Town.

Argyle have picked up 18 points from the seven games played in March and lie fourth in the Sky Bet League One table.

“To take 18 points out of a possible 21 is an incredible achievement and it’s no shame to come and lose away at Ipswich,’ Steven said.

“We’re disappointed, yes, but if we’re being honest, they deserved the win.”

The defeat was the first since a 1-0 loss to Rotherham United at the end of February and was the first goal the Greens have conceded in over nine hours of football.

The Ipswich captain, Sam Morsy, was the man to get it, mid way through the first half.

Reflecting on the game and performance, Steven felt that Ipswich were deserving winners.

He said, “I felt Ipswich are a top side and coming into it, we felt it would be close, and it was.

“We didn’t threaten their goal anywhere near enough.

“We competed, kept going all the way to the end, we just didn’t show enough quality today in the big moments.”

The past seven games have been incredibly positive for the Pilgrims, and has put them in a strong position with just a month left of the regular season.

It has though, taken its toll on the players, with seven games crammed into 21 days.

Steven said, “I think you could see today that the last few games took its toll a bit and we probably lacked a little bit of energy.

“You could see that Ipswich had a week off, they had a little bit more in their legs and when we play these big teams, we need all of our players to be at the top of their game.

“We’re still fourth in the league, we’re still in an unbelievable position. “March was massive and to take 18 points from it is incredible.”

One big worry from the defeat will be the fact that both James Bolton and Ryan Hardie had to be taken off with injury concerns.

Bolton picked up a knock to his ankle in the first half and Hardie pulled up when chasing a ball.

Even though the seriousness of the injuries are unknown, Steven feels his squad is already stretched.

He said, “Hopefully it won’t be too bad for either but we have to have them assessed in the week.

“Bolts got a kick to his ankle, so fingers crossed that’s not that serious.

“Ryan Hardie, though, might be a little bit worse because he felt his thigh go when he was chasing a ball.

“It shows where we are at the moment, we’re a little bit stretched.

“We tried to get a 15 year old out of school yesterday but Freddie [Issaka] had mock exams, so we couldn’t do that.

“It shows the depth of the squad we have, and we’ve had that all the way throughout the season, we don’t have the luxury of a big squad.”