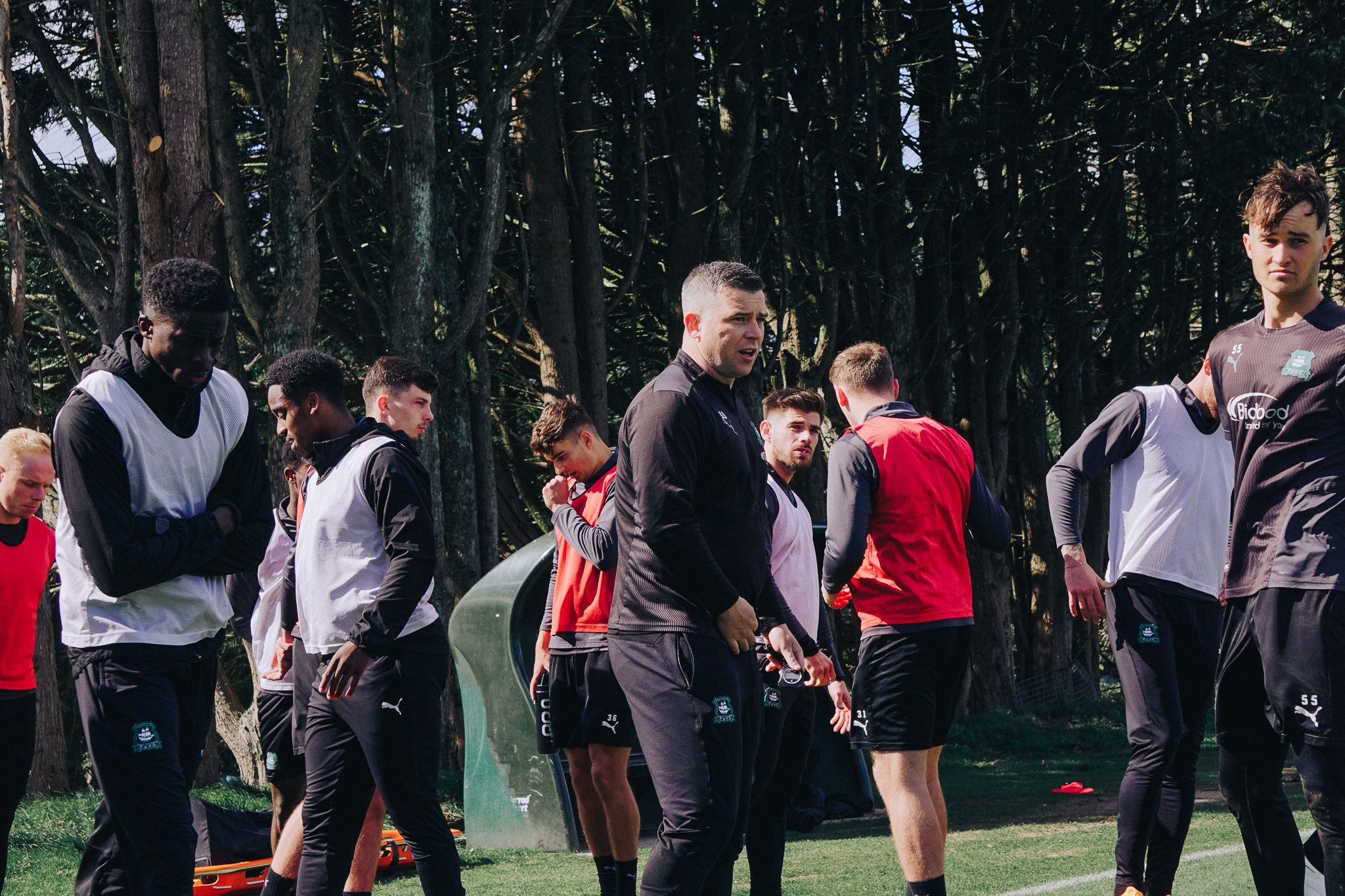 A sold-out Home Park will be hoping Argyle can get back to winning ways when they entertain Sunderland on Easter Monday.

The Greens sit fourth in Sky Bet League One and have a two-point buffer the four sides below them.

One of those teams is Sunderland who are just outside the play off places on goal difference.

The tight nature at the top end of the division has put extra importance on the games over Easter and Argyle’s loss to Wycombe Wanderers on Friday has meant that the race for the play offs has got even closer.

The Black Cats also have a game in hand over Argyle, so the importance of gaining an advantage is not lost on Steven Schumacher.

“We have to go out and try and win the game, we need to put in a better performance than on Friday and compete better.

“We know how important it is to get a result and we will do our best to try and do that.”

Having picked up a point from back-to-back away games, Argyle will be pleased to be returning to Home Park.

It has been a bit of a fortress in recent times with the last six games yielding six wins and six clean sheets.

The Pilgrims have the fourth best home record in the division and haven’t lost at home since Rotherham United won 1-0 in February.

In that time, they have seen off play-off chasing sides in Portsmouth and Oxford United with huge atmospheres making in impact in those games.

And with Monday’s game being the fifth sell out of the season, Steven knows just how much of an impact the Green Army makes.

He said, “The fans that turned up on Friday were fantastic and they will be again on Monday.

“They have been terrific for us at home this season and make it an intimidating atmosphere and the players are looking forward to putting things right.”

The visitors come into Monday’s encounter having scored late winners in their last two matches.

An 89th minute goal from Elliott Embleton a fortnight ago gave them a 2-1 win at Oxford, while Nathan Broadhead scored deep into injury time against Shrewsbury Town on Friday to give the Black Cats a 3-2 victory.

Those results mean that Sunderland have gone nine games without defeat and are beginning to find their form at the perfect stage of the season.

A 6-0 defeat to Bolton Wanderers in January brought an end to Lee Johnson’s reign at the Stadium of Light, with Alex Neil coming in to replace him.

It took four games for them to get their next victory but since then, they haven’t looked back.

They’re unbeaten in their last five away games, drawing three and winning two, and have conceded just two goals in that time.

The reverse fixture in December was Steven Schumacher’s second game in charge of Argyle and saw Sunderland race into a two-goal lead before Dan Scarr reduced the deficit after half time.

That 2-1 win was the fifth time in the last six meetings that Sunderland have got the better over Argyle, with the Greens last home win over Sunderland coming in August 2004.

Steven Schumacher admitted that Joe Edwards and Ryan Hardie are unlikely to feature in Monday’s game as they both continue their recovery from injuries.

As for the visitors, they are doubtful about the availability of Alex Pritchard who has missed the last two matches with an injury issue.

Thorben Hoffman and Callum Doyle are also doubts after missing Friday's contest due to illness, while Leon Dajaku has returned to his native Germany to undergo tests.

With Monday’s game being shown live on Sky Sports, there will be no streaming available on Argyle TV.

Instead, a watch-along with Erin Black, Martin Gritton and Brian McGlinchey will be available to view for free on Argyle TV with audio commentary with Rob McNichol and Ian Stonebridge available to purchase for £2.50.

The pre match show will be live, as usual, from 2pm.