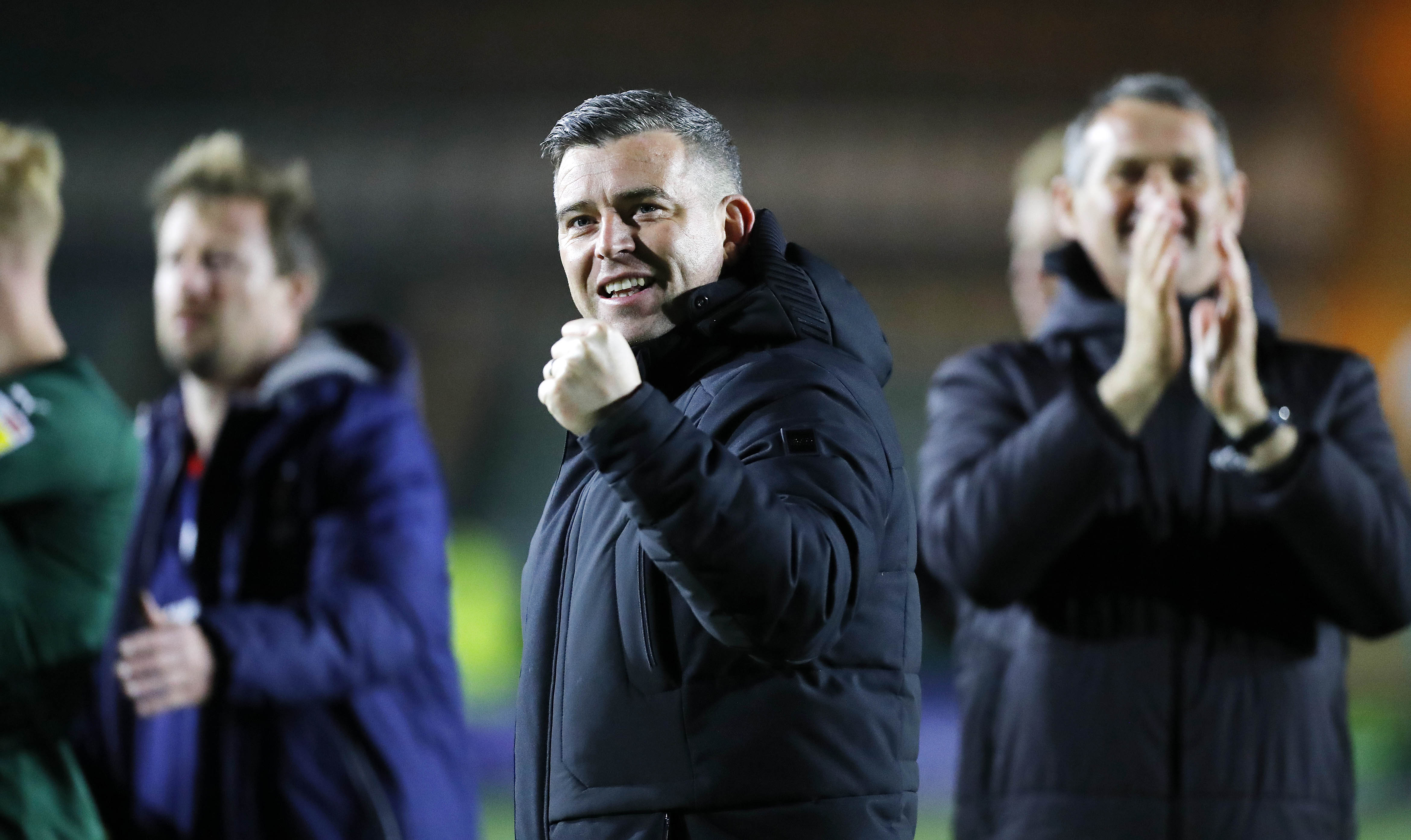 The Greens scored two first half goals to see off a spirited Cheltenham Town side, to keep their 100 percent record in March intact.

“Another one down, six on the spin, another clean sheet – incredible.

“The effort that the lads are putting is outstanding and I hope they enjoy the moment and keep rolling on.”

It is quite a roll that Argyle are on.

Since the defeat to Rotherham United at the end of February, no side in the top four divisions in English football have picked up as many points.

“Six wins on the spin keeping clean sheets has never been done before at Argyle has it? So, the lads are history makers really,” Steven said.

“We have to keep going and doing the basics, stick together as a group and if we do that, this team can go far.”

You could feel the belief and anticipation that this could be a special season, rising inside Home Park as the game went on.

Tuesday night was another tester for Argyle, against a side who had won their previous two matches and with a striker, in Alfie May, who had scored 12 in his last 10 matches.

Therefore, Steven was delighted to have gained another positive result.

“It was a really tough game today and Cheltenham caused us some problems.

“They were organised and worked hard and Alfie May has been in unbelievable form of late and Matty Blair was outstanding as well.

“I thought it was a decent game of football and I am delighted to come out on the right end of it.”

Ultimately though, the game was settled by two bits of quality.

Niall Ennis smashed Argyle in front with his second goal in as many games, before Danny Mayor’s wonder-strike just before half time, settled the game.

“Both goals were superb,” Steven said, “Danny has a goal and an assist and has continued his unbelievable form.

“He’s been brilliant, and we need him to continue with this form and score more goals like that because he is so good.”

As well as nodding to the performances of his forward players Steven was, once again, full of praise for the defence.

“Our lads had to defend well, and Michael [Cooper] made an unbelievable save in the first half, but sometimes you need that.

“Teams are going to come here and try and score a goal, but we’ve kept another clean sheet, so I am super happy.”

With just seven games to play and an eight point buffer to Sheffield Wednesday in seventh, Argyle are hitting their straps at just the right time.

And although he’s not getting carried away, Steven admitted he couldn’t have been happier with the way the side is playing.

He said, “It’s a brilliant time to be hitting form and we said in February that March was going to be crucial.

“We have had five home fixtures and so far, so good.

“We have another brilliant game to look forward to at Portman Road against Ipswich on Saturday and we’re going to need all the players to put in this effort again in that game.”