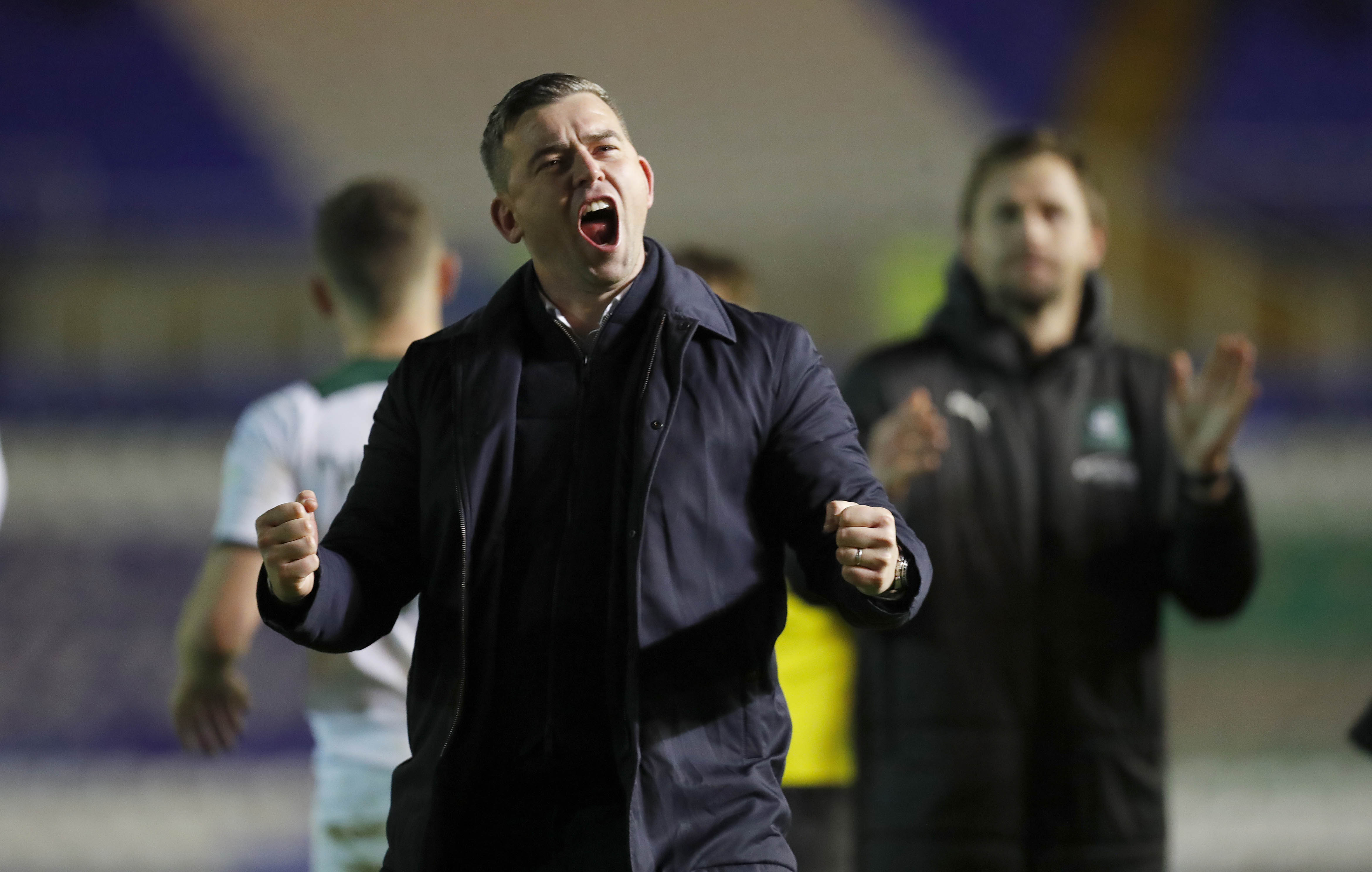 Steven Schumacher praised his Argyle side as the Greens made it through to the fourth round of the Emirates FA Cup with a 1-0 extra time win over Birmingham City at St. Andrew’s.

Having not played since Boxing Day, the Greens showed none of the rustiness that you might expect and created a number of chances against a side from a higher division.

It took until the 104th minute before Ryan Law finally broke the deadlock and Steven said it was the least his side deserved.

“I felt we probably should have won it in normal time to be honest. I felt we were the better side throughout and created the better opportunities.

“We were worried that Birmingham might just get one chance and with Scott Hogan and Troy Deeney, if we don’t take our chances we might get punished.

“When Conor Grant missed that chance from the set play, I did fear that the goal might not come and it would be one of those days.

“The character that the players have is immense.”

Argyle dominated large periods of the game and saw several decent openings come and go as they went in search of that goal.

Few would have predicted that 22-year-old Law would be the one to get it but again Steven said that it was a good reward for the work Ryan puts in every day.

“It was a worldie wasn’t it?

“I am sure it’s a moment he will remember for a long time.

“To come on in a cup tie against a Championship team and win it, he must be really, really pleased and I am made up for him.

“He has loads of ability and he just needs to believe in himself a little bit more to produce more moments like that.”

As well as the impressive attacking play, the resolute way in which the Pilgrims played to stifle Birmingham pleased Steven.

Mike Cooper only had a handful of saves to make and they kept two former Premier League strikers in Deeny and Hogan quiet.

All of this after a disrupted couple of weeks due to COVID and postponements within the camp.

Steven said, “We had a mad week and only trained three times because of having to close due to COVID.

“We were missing a number of first team players too and it just didn’t faze the group at all.

“I think it also shows that the players believe in the principle and stuck to the plans we gave them, they’re on board and that shows in the performances at the moment.”

Just under 3,000 Argyle supporters made the journey to the Midlands with many of them having to change their plans home missing the last train to Plymouth.

The dedication of the fans was not lost on the manager.

Steven said, “Once again the support was phenomenal.

“Our dressing room is underneath the stand and I usually have some music on when the players are warming up but I didn’t today as I just wanted to hear them sing.”

The Greens go into Sunday’s fourth round draw as ball number 23.