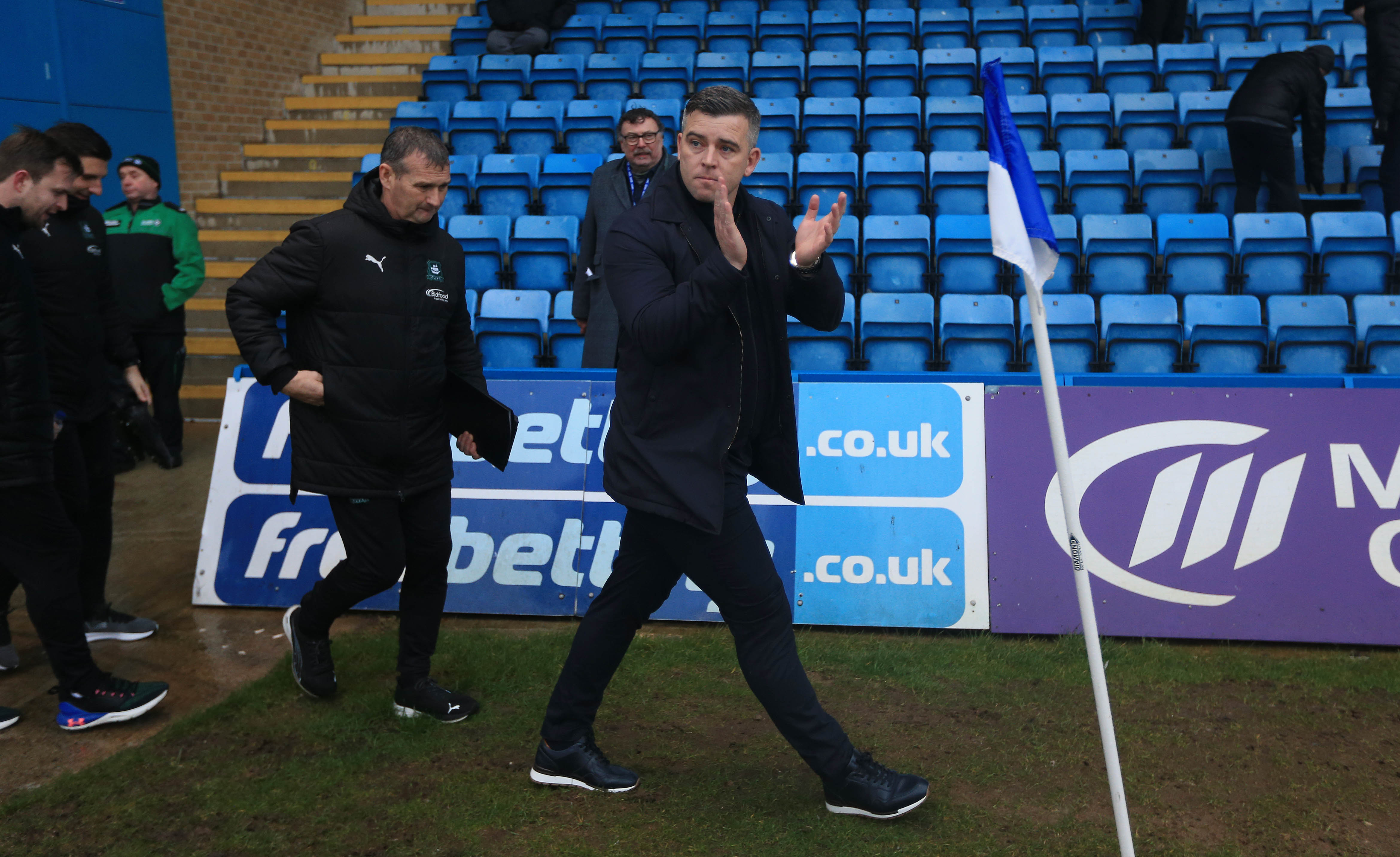 “Well, it wasn't easy, but thank god that record is over” was the initial reaction of Argyle manager Steven Schumacher, as his team secured a 2-0 win over Gillingham on Saturday afternoon in Sky Bet League One.

That win saw the first victory over the Gills, at the MEMS Priestfield Stadium, for the Pilgrims for a staggering 41 years, and Steven was delighted with the performance his side displayed, despite the vigorous wind and rain from Storm Eunice.

“Like I said in the week,” he said, “records are there to be broken.

“We'd lost ten on the spin away to Gillingham and to go and win it so convincingly was fantastic.

“When we watched the games of Gillingham of late, we knew they were going to be organised.

“They make it difficult for teams, a bit like Shrewsbury did last weekend, and the key then is to try and be patient.

“We said before the game that we'd like to keep the ball on the floor. If we played too many long passes with the wind it's a bit of a lottery, it goes wherever, so we asked the lads just to play short passes and try move as fast as we can.

“I think we controlled possession for large part of the first half, without really threatening their goal.

“We had nine shots and not one of them hit the target so, even though we were in control at half time, I was a little bit frustrated that we hadn't managed to trouble the goalie.

“At half time we just asked the lads to keep doing the right things, to take our opportunities in the final third.

“Then, in our first shot in the second half, Jordon [Garrick] put one on target and it goes in.

“We were comfortable after that.”

Following Jordon putting the Greens in the lead, the second goal of the afternoon came from Luke Jephcott, who stepped up to the mark and coolly slotted a penalty home to double the Pilgrims’ advantage.

Steven was impressed with the lead up to the penalty decision, as well as the finish from Luke, as he said, “Thankfully we just got him on. Him and Ryan linked up well for the chance in the first place and then, Ryan, as he does, cuts back inside and got us a good foul.

“Then a composed finish from Luke in the end because, again, we put a bit of pressure on him with missing the previous two as a team so I'm glad that little hoodoo is gone as well.”

As always, our supporters never fail to impress, as 822 Pilgrims made the journey in the treacherous conditions to get behind the boys, and it did not go unnoticed by Steven.

He said: “An unbelievable effort to get here in those conditions and sit there knowing that when you come to Gillingham there is no stand above your head and you're going to get soaked. Thankfully it did die down a bit second half.

“The fans will keep coming because they're amazing and if the players keep running and working as hard as they can, they will always get their support.”