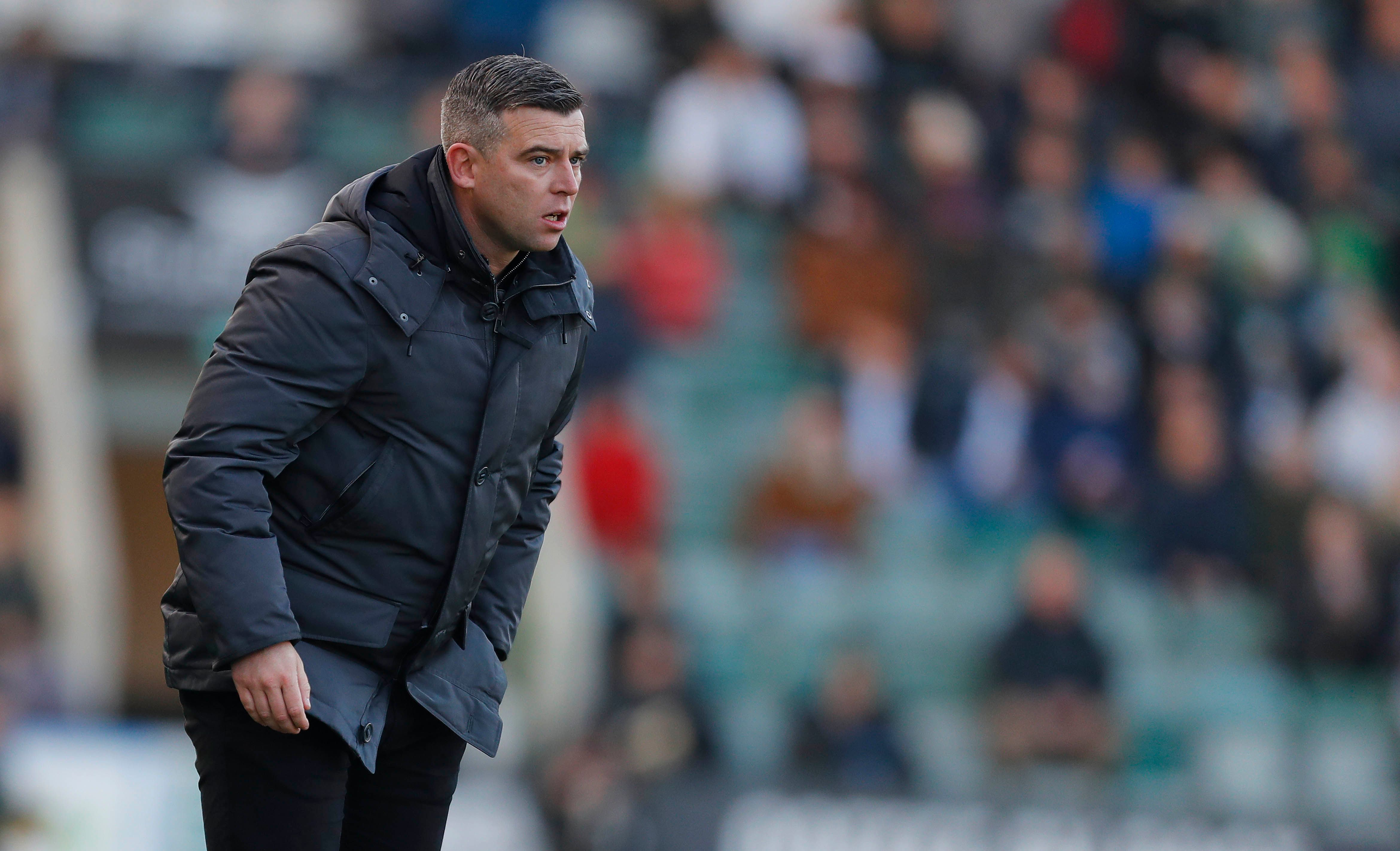 As the year comes to a close, Steven Schumacher reflects on an eventful 12 months at Home Park, which ended with a 2-0 away win at Cheltenham Town on Boxing Day.

In a year which has seen fans return to Home Park, the club go on a 16 match unbeaten run and postponements due to COVID, 2021 has had it all.

Speaking to Argyle TV Steven said, “It’s been an eventful year - the club has progressed nicely.

“The beginning part of the year where we had no fans to the start of this season, where the team have played exceptionally well.

“From the fans are coming back to the change of manager and finishing the year on a high, we have coped with it all.”

The chaotic nature of the year was encapsulated in the final week when, due to a number of COVID cases in the squad, Argyle had to postpone their home matches with Portsmouth on Wednesday, 29 December and AFC Wimbledon on New Year’s Day.

Both would have been incredibly popular fixtures with the Green Army – Portsmouth was already sold out and Wimbledon was expected to yield another bumper crowd.

The frustration of the fans at the cancellations was mirrored by the players and staff, who were keen to continue their momentum.

Steven said, “It’s been quite a frustrating few days really.

“Having come off the back of a really good result at Cheltenham and the squad being in a really good place, we came back to work on the 27th and things changed dramatically.

“We’re gutted that we couldn’t get these games on, we knew how much the fans were looking forward to them, they were going to be sold out – it was a chance for us to keep the momentum going.”

The Greens reported a considerable number of positive COVID cases in the two days following the win at Cheltenham and coupled with injuries to players like Brendan Galloway, George Cooper, Kieran Agard and Jordon Garrick, could not raise a squad for the two matches.

Steven said, “There was nothing we could do about it; we had played the most games in the league with 24 fixtures and had managed to stay covid-free from the whole season.

“It was probably going to catch up with us and unfortunately some players and members of staff have come down with it so it’s a shame.

“We did all we could and even brought players back from loan spells but having looked at what we had available and spoken with the EFL, it was decided the games had to be postponed.”

It may not be the ideal way to end 2021, but there are plenty of reasons for everyone connected with Argyle to be cheerful for the upcoming year.

An Emirates FA Cup tie at Birmingham City will be the first fixture of 2022 and with the club lying fourth in Sky Bet League One, Steven and his squad have every right to be confident heading into a fresh, new year.

He said, “We have some work to do in January, we have some improvements as a team, and we will work hard to maintain the levels we have set this year.

“We want to keep putting in performances that everyone can be proud of and want to stay towards the top end of the division where everyone wants to be.

“It’s been a good 2021 in my opinion and hopefully next year can bring us more stability, less chaos and even more success.”