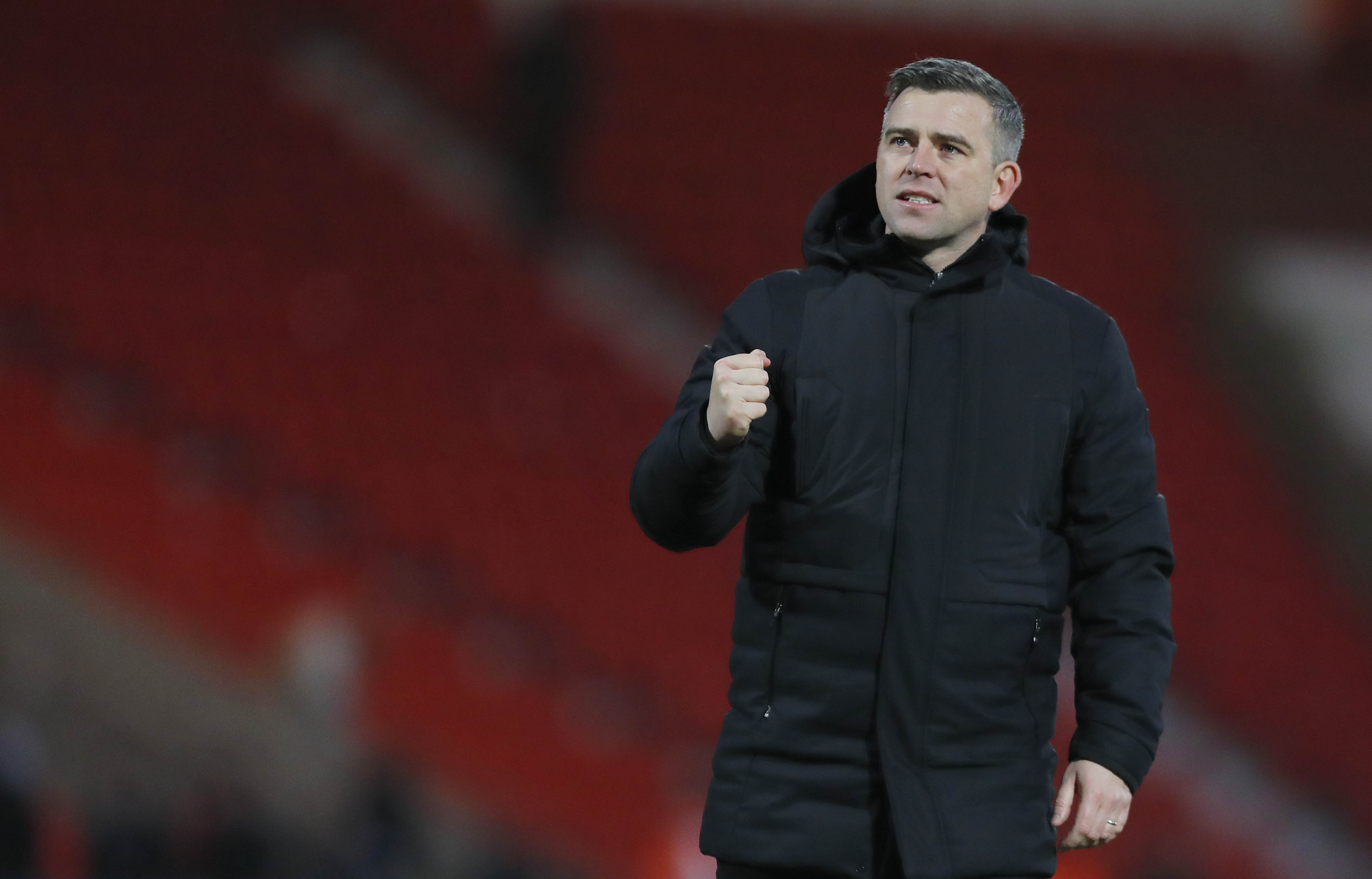 Steven Schumacher gave credit to his side for their ability to see out the game against Doncaster Rovers on Saturday, grabbing a 3-1 win in Sky Bet League One.

Having been in a similar position four days earlier against Fleetwood Town and not won, Steven was pleased to see an increased desire to get over the line this time around.

He said, “Credit to the lads, just to get through today’s game, I think the lads have done well.

“We’ve scored six goals now in the last two games and we feel it should have been six points.”

Having fallen behind in the opening 10 minutes of the game, the Greens had to show character to come from behind in difficult conditions.

“It wasn’t easy in the first half in particular and Doncaster put us under pressure,” Steven said.

“They were putting balls into our box and in swirling conditions it was hard to deal with and I’m not sure we dealt with it well enough in the first half.

“Credit to the lads in the second half, though, especially to the back players.

“It has been a tough week, they came through a tough afternoon today and to get the three points, we’re all buzzing.”

Almost inevitably, Argyle’s equaliser came from Luke Jephcott, who was making his 100th appearance for the club.

He bagged his third goal in three games and his 10th of the season, finishing off after Niall Ennis wriggled free to set him up.

On the contribution to the side Luke has had, Steven said, “I am really pleased for Luke, it’s an incredible achievement not just for him but for Argyle.

“He has become an important player for us and scores important goals.

“It’s a huge achievement for everyone at the Academy and everyone who has been involved in his development.

“He is playing really well at the moment and we need him to continue with these standards.”

And despite his goalscoring form, Luke will know he has to be at his best to keep a spot in the side.

Nine goals in the last four matches is a very good return for a strike force which could rival most in the division.

Ennis grabbed his first goal of the season in Tuesday’s draw with Fleetwood, Garrick netted his sixth of the season on Saturday and with Ryan Hardie back in the squad, competition for places will be high.

Steven said, “There are four strikers there that are all doing really, really well. We speak to them about needed to pick different combinations depending on the game.

“You can’t always have the same two because they will get burnt out.

“It’s important that they all back each other and encourage each other to score the goals.”