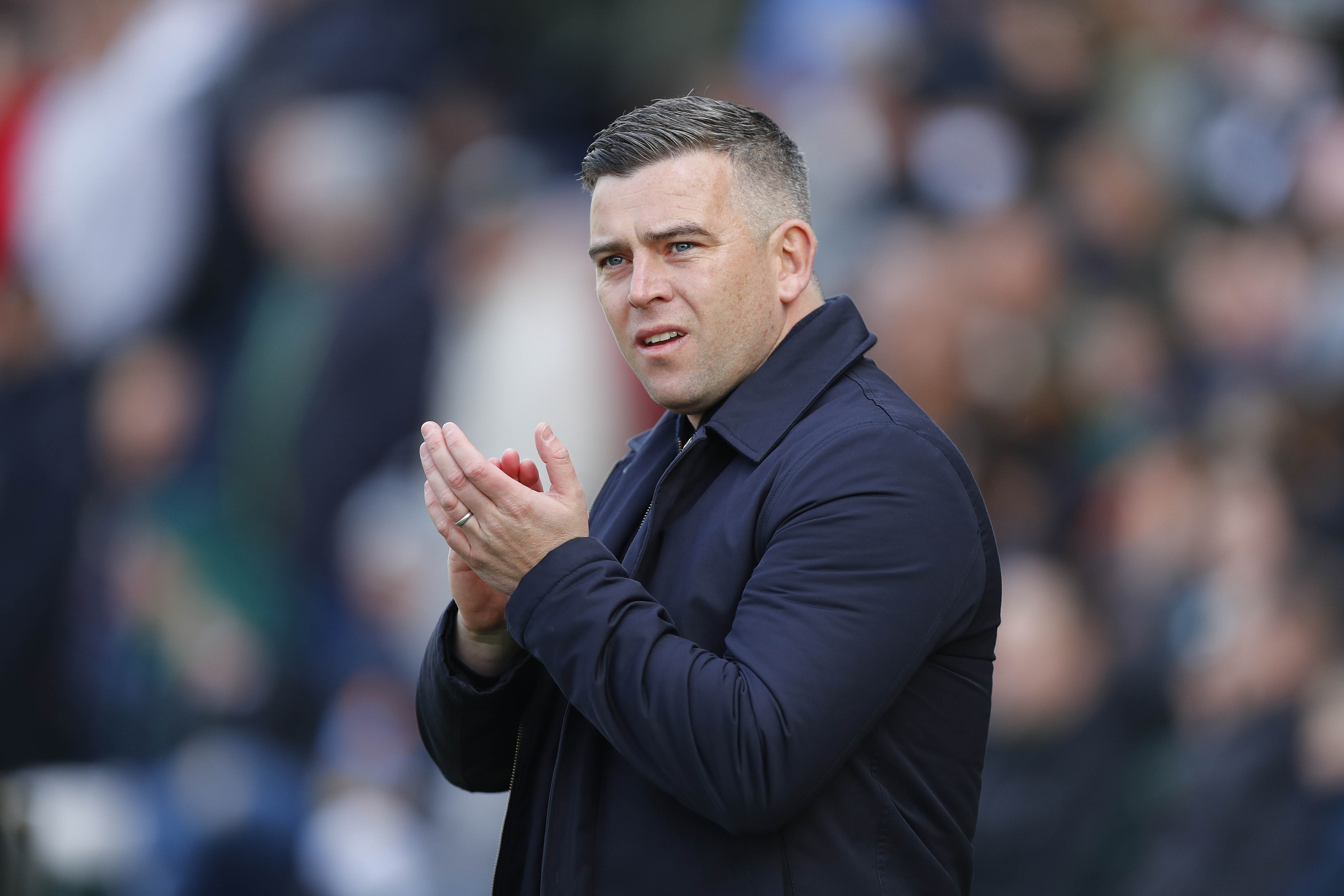 Steven Schumacher was pleased with the 4-0 win over Accrington Stanley on Saturday but admitted his side were not at their best.

Panutche Camara, Joe Edwards, Niall Ennis and Ryan Hardie got the goals for the Greens giving them their biggest winning margin of the Sky Bet League One season.

Despite the scoreline, though, Steven felt his side were fortunate to win it so convincingly.

He said, “I am pleased to get the three points and pleased to score the four goals, but I felt that we didn’t play that well.

“Accrington were the better team in the first half and then maybe until Niall Ennis scored the third goal, they also looked a threat.

“We’ve definitely played better than that this season but to win it, everyone is made up.

The visitors hit the bar though Michael Nottingham and had several corners and free kicks before Argyle took the lead.

In the build up to the game, Steven highlighted Accy’s prowess from set pieces and despite conceding more than he would have liked, he felt the defence coped well.

“They are a big threat from set pieces,” Steven said, “they’re massive and they had a lot of opportunities from corners.”

“We gave away some sloppy set pieces, but I think our lads defended well again. I was really pleased at how the players understood and took on board all the work we did in the week.

“We analysed their threats and Nance put the organisation around set plays together yesterday and they coped with it really well, I am really pleased we managed to get our heads in and clear it.”

The difference in the first half was in part, down to the clinical nature of the Argyle attacks.

The two clear chances of the half fell to green shirted players and on both occasions resulted in a goal.

The four goals mean that Argyle’s goal difference is now plus 25, the fourth best in the division.

“We had a few breaks and chances and just either over hit or under hit the pass, we didn’t have the same quality that we normally show,” Steven said.

“Having said that, we were clinical in good areas and took chances well and the right times.

“When Niall came on, I think he made a difference. I thought his goal was an unbelievable goal, it was a lovely roll and a great strike.”

March was always going to be a busy month for the Greens.

Seven matches with five at Home Park meant the pressure was on the players to cope with the workload.

But, with five straight wins and just one more to play at home, it couldn’t have gone much better for Schumacher.

He said, “We knew March was going to be crazy with loads of games at home that we needed to take advantage of.

“So far, it’s gone well, we have won five on the spin, which doesn’t happen too often, we have five clean sheets on the spin as well, which is brilliant.

“We will keep our feet on the ground and prepare as well as we can for Tuesday and hopefully, we can get another positive result.”