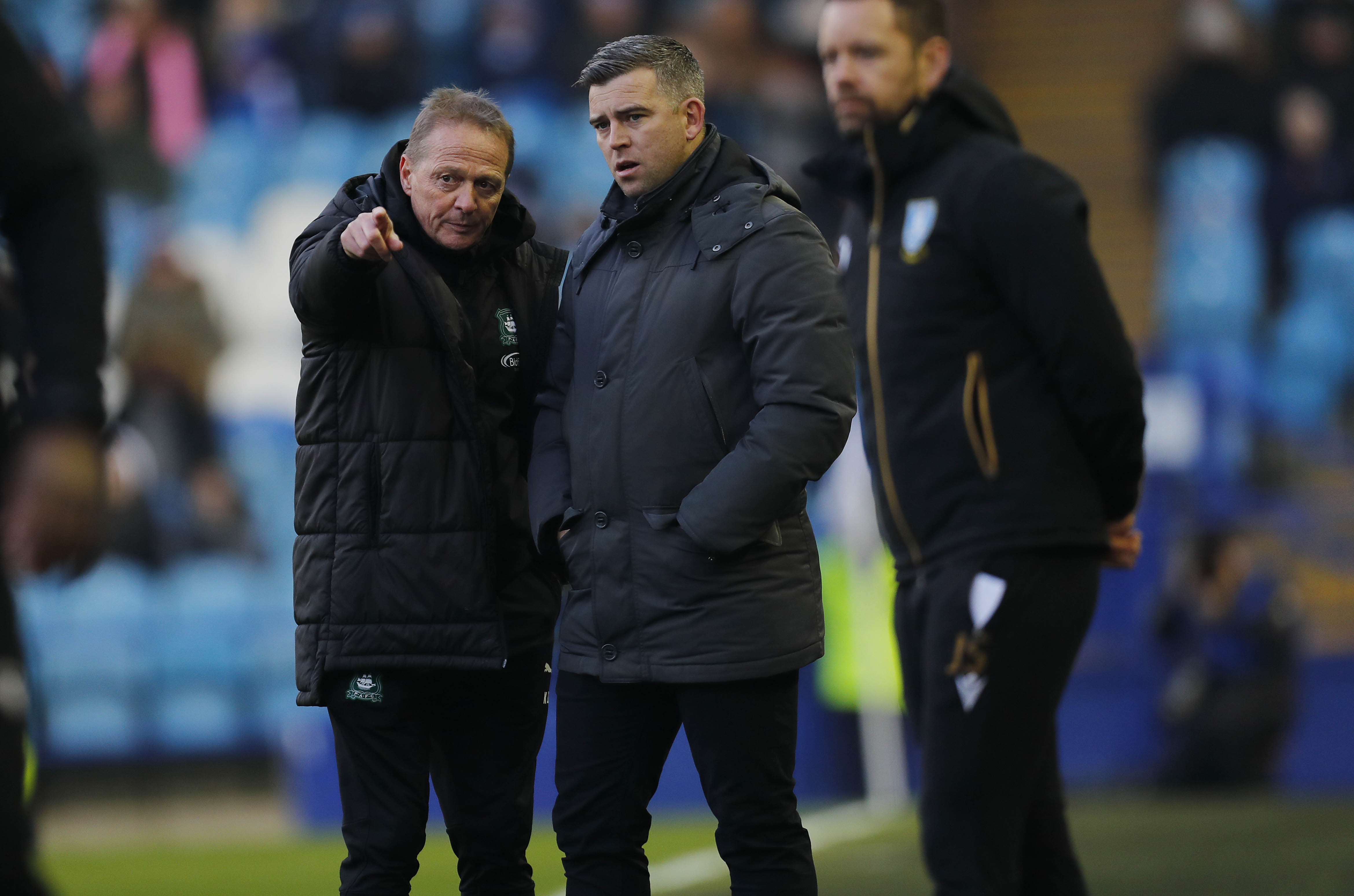 Steven Schumacher labelled Argyle’s performances at Sheffield Wednesday on Saturday as ‘not good enough’ and wants to see a reaction in the next game.

The Greens fell to a 4-2 defeat at Hillsborough, their first in four matches.

Speaking after the game, Schumacher was honest in his assessment of the game and said, “It wasn’t like us today and was nowhere near the levels required to come and get a result at Sheffield Wednesday.

“They were better than us, with and without the ball.

“We knew they were going to be up for it and had prepared for it, we just didn’t get anywhere near where we needed to be.

“I think it probably is the first time this season where we can say that we were never in the game.”

Argyle were in a good run of form coming into the Sky Bet League One encounter, having beaten Charlton Athletic, Cheltenham Town and Birmingham City without conceding, in the three previous matches.

It was a run of form that kept them in and around the play off positions in the division.

Defeat, then, would come as a bit of a shock to the Schumacher, “I can’t put my finger on why, but the levels of consistency need to be better.

“The other defeats that we’ve had, we’ve always been in the game and had a performance that an Argyle team should be playing at.”

Trailing 2-0 at half time, Argyle did manage to get themselves back into the game a minute after the break, thanks to an Adam Randell free kick.

After conceding again, Jordon Garrick bundled the ball over the line to give the Greens hope but the fourth goal finished the game off.

Steven said, “I felt that our goals glossed over how bad we actually were. We had three shots on target and two of them go in.

“Look, credit to the lads that they did keep going but it just sums it up that when we get it back to 3-2, they play a long ball forward and make it 4-2.

“We are looking for a reaction now.

“There is no point dwelling on this result, we have to analyse it, deal with it and move on quick because we have a massive game next week now too.”