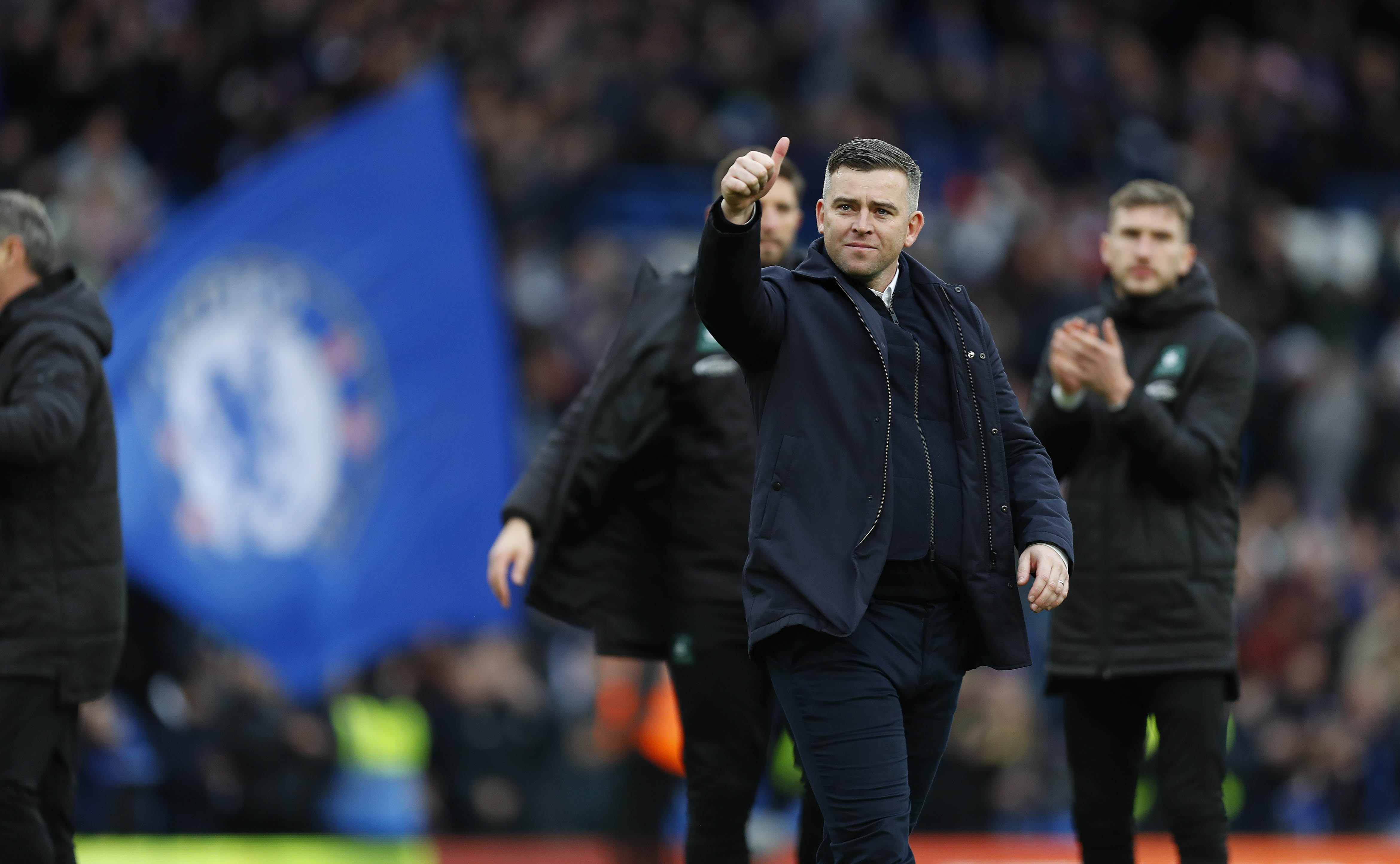 “I couldn’t be any prouder really.”

The words of Steven Schumacher after Argyle’s 2-1 extra time loss to Chelsea in the fourth round of the Emirates FA Cup.

“To take it to extra time shows how well all the players have done.

“The lads, every one of them; the ones who started, the players who came on, everyone - they can be proud of themselves.”

And pride was the emotion everyone felt if they had an Argyle persuasion.

The Greens, cheered on by 6,000 loud supporters, led the European Champions for the majority of the first half and had them on the ropes towards the end of extra time.

“They had to work so hard and be so organised and disciplined,” Steven said.

“When we had the chance to play, we did and for it to end in defeat, it’s one that won't hurt too much.

“We kept going right to the end and as a club we can be so proud.”

The players did Argyle proud on the pitch and off it, the supporters back that up.

The entire Shed End was filled with Green and White, and they didn’t stop signing all afternoon.

Their noise and enthusiasm was special to witness and Steven was happy the team gave them something to really cheer about.

He said, “We just wanted to give our fans something to cheer, and a goal would be the best thing.

“To get one so early on in the game we were just made up. We celebrated it like it was in the last minute.

“We knew the fans would be like that because our fans are just unbelievable.

“I think they can be proud of their team today and just to see everyone go wild when that goal went in, it was great.”

The goal came as a bit of a shock to Chelsea, who had the majority of the ball until Gillesphey’s opener.

Former Chelsea youngster Jordan Houghton whipped in a free-kick and Gillesphey rose highest to divert the ball into the net.

The way it came about was not a surprise to Steven.

He said, “We thought set plays could be a good opportunity for us to score and it was an incredible delivery from Jordan and a great header from Macca.”

Facing 41 shots, 20 corners and a whole load of pressure, the Argyle defence could easily have folded.

They didn’t, they stayed strong and took the side third in the Premier League to extra time.

Steven said, “I thought we coped really well actually and, look, we rode our luck as well.

“They hit the bar twice and the post, but they were from long range shots.

“We dealt with crosses that came into the box and Michael [Cooper] made some good saves, the back lads dealt with everything.”

In one final twist, Argyle almost got back level when Ryan Hardie had a penalty saved three minutes from time.

The disappointment was obvious, but Steven was encouraged by the way his side battled back into the game and had special praise for Hardie.

He said, “The bravery Ryan showed to step up and take that penalty was incredible and he’s gutted right now.

“He’s our leading goal scorer at the moment and I know he will pick his head up and learn from it.

“Hopefully he will go and get the winner on Tuesday.”