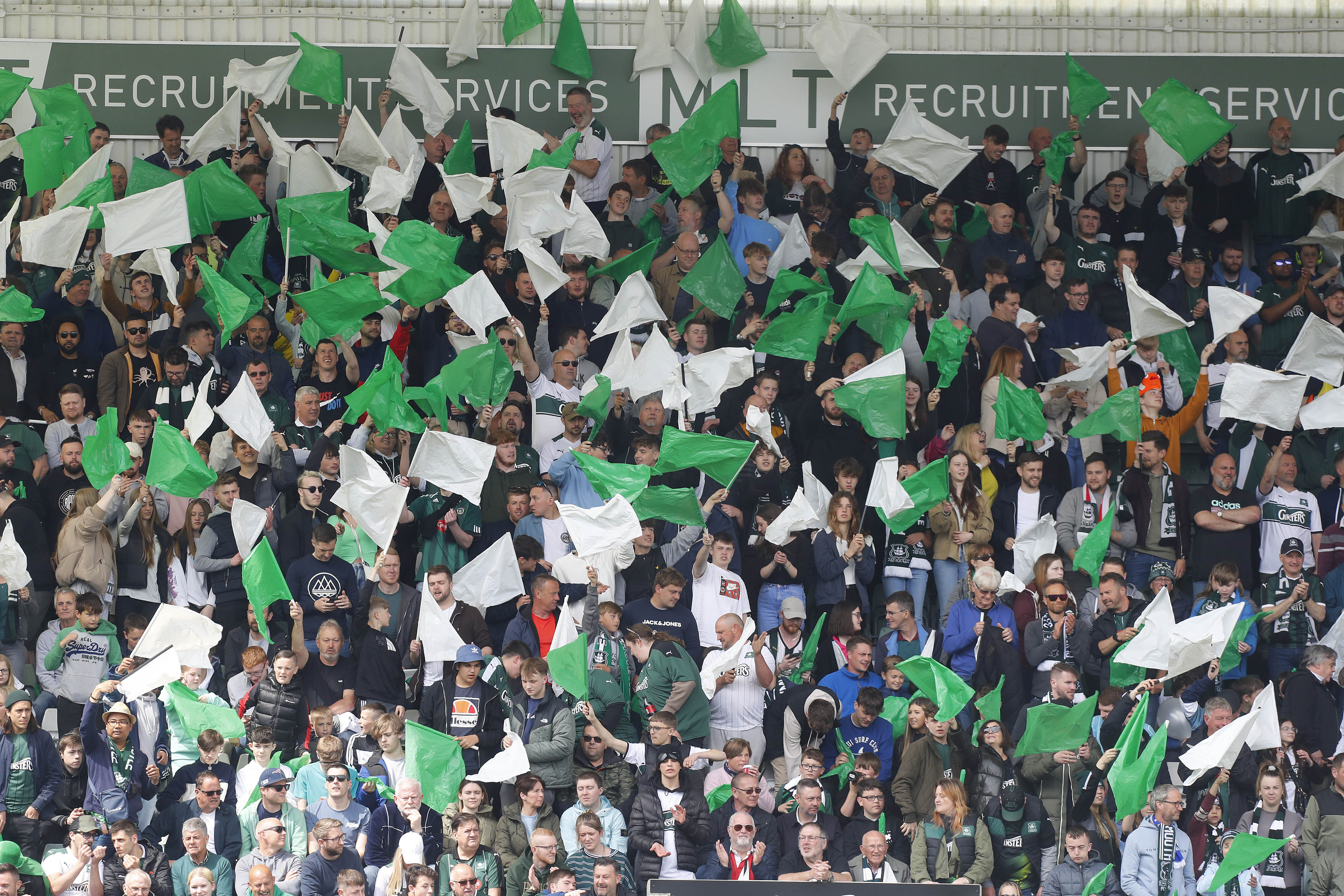 With season tickets for the Greens’ 22/23 Sky Bet League One season available for nearly two weeks, we are delighted to announce that sales are currently tracking faster than during the record-breaking 21/22 campaign.

Argyle finished last season with an average attendance of over 13,000, with six sold-out fixtures at Home Park.

The Pilgrims’ average attendance, which finished at 13,130, was the club’s highest since the 05/06 season - our second in the Championship – with fans flocking to Home Park to witness Steven Schumacher’s side hunt down, and narrowly miss out on, a place in the play-offs.

You would have to go back to the legendary 1974/75 ‘Dream Season’, where Pilgrim legends Billy Rafferty and Paul Mariner led the Greens to promotion under Tony Waiters, to find a higher average Argyle attendance in the third tier of English football.

We finished last season with just over 7,000 season ticket holders, and nearly 5,000 supporters have already taken advantage of Early Bird pricing to secure their seat ahead for next season at Home Park – which equates to over 70% of last season’s total already.

Most encouragingly for the growth of the Greens’ fanbase, though, one in every three 22/23 season tickets purchased so far are new.

We thank supporters who have renewed or purchased new season tickets for their patience in awaiting delivery – the Home Park Ticket Office team are processing as fast as they can in the face of extremely high demand.

To provide further clarity to supporters yet to renew or interested in becoming season ticket holders for the first time, you will find next year’s general sale season-ticket prices below, which take effect from 11 June once the Early Bird window ends, as well as the cost of tickets on a match by match basis.

Please note that general admission tickets are split into three categories – gold, silver, and bronze, considering a number of factors, including cost for enhanced police presence and staffing required to operate the fixture.

With ticket prices finalised and sales going strongly, the club is also extending the Early Bird window until Friday, 10 June, allowing supporters further opportunity to secure their seat for next season at the best possible price.

Supporters can continue to purchase their season tickets any time of the day or night by visiting argyletickets.com, by contacting the Home Park Ticket Office on 01752 907700, or by visiting in person during opening hours. Tickets can be purchased outright, as well as on finance – with four and 10-month options available.

Information on next season's flexi tickets will be made available in the coming weeks.

Please note that the Home Park Ticket Office will be closed for a week from Monday, 30 May, reopening on Monday, 5 June. However, online purchases will still be available that week.