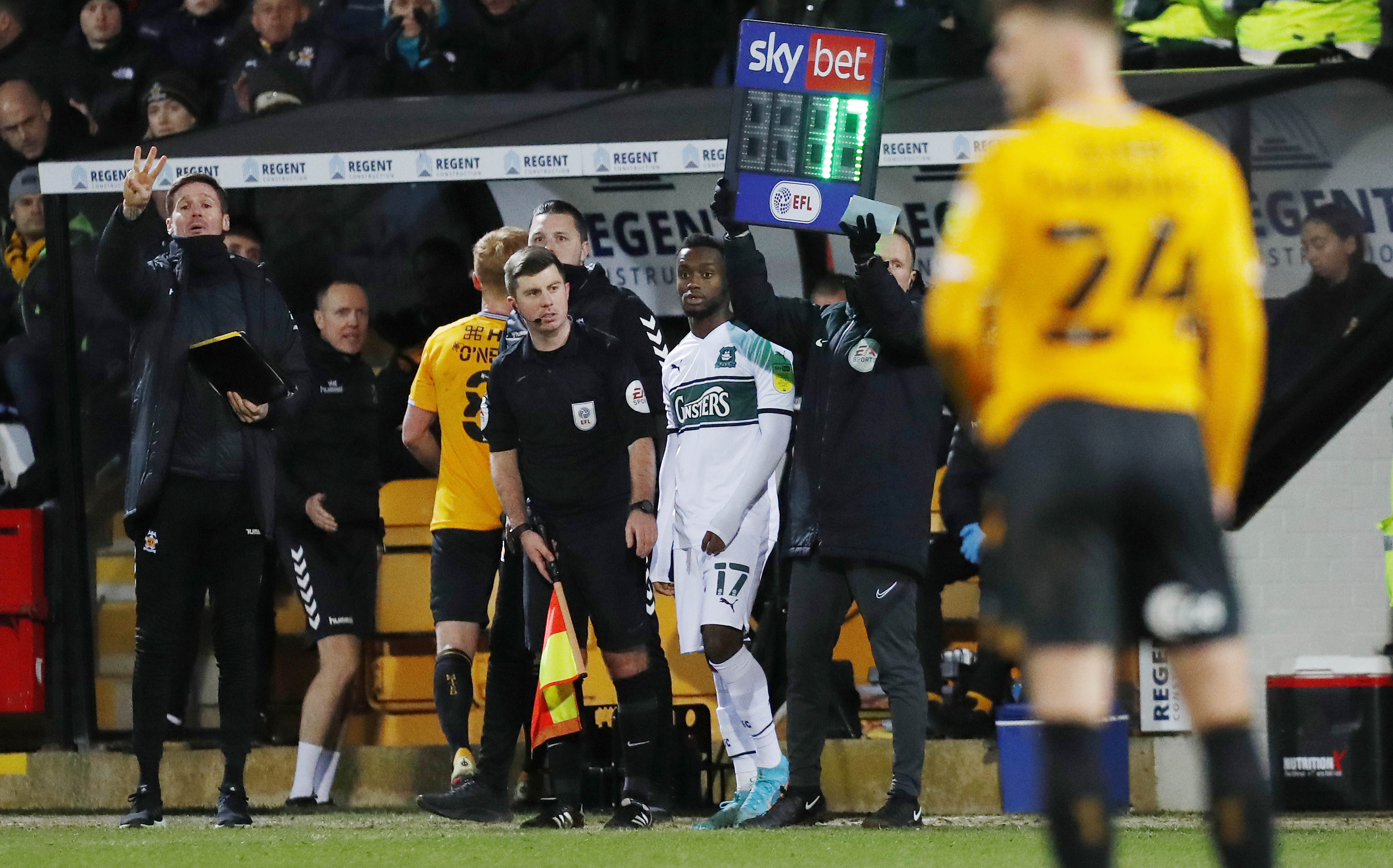 It’s been a long time coming, but on Tuesday night, Steven Sessegnon finally made his debut for the Greens.

Steven, who joined the Pilgrims on loan from Fulham back in the January transfer window, came on as a 68th minute substitute, replacing Ryan Broom, in Argyle’s 2-0 Sky Bet League One defeat to Cambridge United.

Despite the result at the end of the game, he was delighted to have finally put the shirt on and get involved.

“I’ve looked forward to coming in and playing with the boys, so I'm glad it's finally happened.

“Unfortunately, we couldn't get the three points but I'm very happy to make my debut.”

Since signing on deadline day, Steven has had to sit from the side lines as he recovered from a slight hamstring injury.

He travelled with the squad to Gillingham on Saturday and was involved in matchday squad for the first time at the Abbey Stadium.

“I had a bit of a set back with my hamstring but I'm just glad I'm back out, I'm at my happiest when I'm out playing, especially for this club.”

Now that he’s made his bow, Steven is feeling positive about the push towards the end of the season and getting as high up the Sky Bet League One table as possible.

He has admitted that Tuesday night’s result does not reflect on how well the Greens have been doing so far this season, so believes that nobody should feel downhearted about it.

“I think we've got to consider the run we were on,” Steven said, “good things don't last forever I guess but I don't think we can be too disappointed.

“We didn't have the greatest of days, but there's a big game Saturday so we've got to put it past us and look forward to the big game.

“It's a long season. I know we're halfway through, but games come very fast, and then by the time you know it's the end of the season, so we've got to put bad results behind us and look forward because this is a really positive team.”

As all players are, Steven was told about the Green Army when he joined and played in front of just over 900 of them on Tuesday night.

He has expressed his excitement of being able to play in front of them again, especially at a packed-out Home Park.

“I've definitely been told about the fans of this club and how passionate they are, and I absolutely love it, and I look forward to seeing them this weekend.

“I've seen videos so I can see how loud and passionate the fans are, so I look forward to being at Home Park and I'm sure they will do their jobs on pushing us forward”