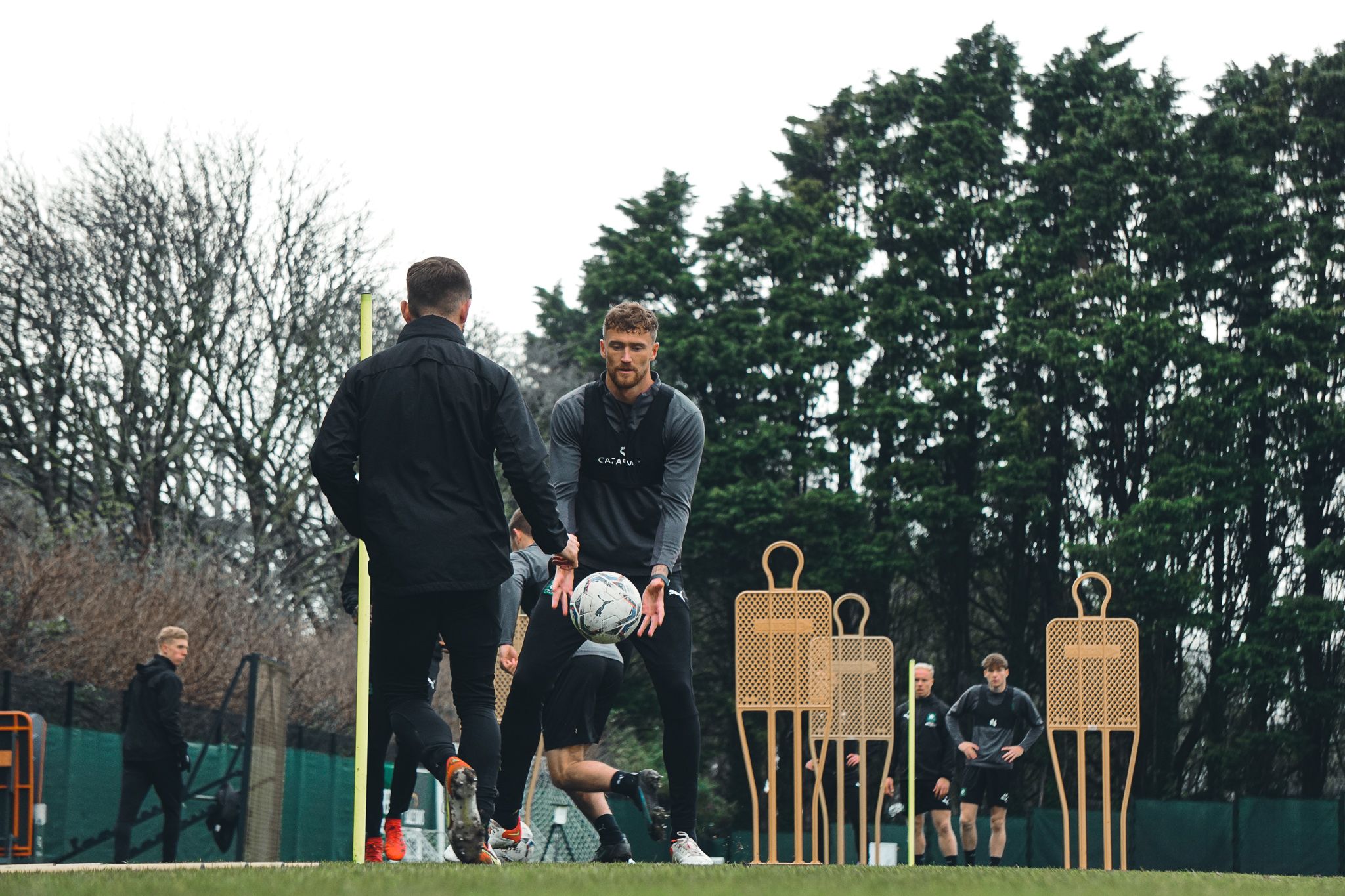 Argyle make their longest trip of the season on Saturday to take on Sunderland at the Stadium of Light in Sky Bet League One.

The Greens have been on the road a fair bit over the past week, travelling to Rochdale last weekend before a midweek journey to Milton Keynes Dons.

On Saturday though, they have the small matter of an 800-mile round trip to take on a Sunderland side a place and two points above them in the table.

Life under new manager Steven Schumacher got off to a decent start on Wednesday night, with a 1-1 draw against a strong MK Dons side.

Conor Grant’s second half strike brought an end to three straight defeats in the league for the Greens, as they head into the busy Christmas period keen to build on a solid start to the season.

The Pilgrims have already picked up more wins on their travels this season than they did in the whole of the last campaign.

With four victories and four draws from their 10 games played on the road, they have the fourth best away record in the league with only Wigan Athletic and Rotherham United losing fewer games.

They also head to the Stadium of Light having won there last season and feel confident they can pick up a result.

Speaking ahead of the game Steven said, “Sunderland away from home straight after MK Dons doesn’t come much bigger, does it?

“They are doing really well in the division at the moment, and there is going to be a lot on the line.

“These are the games that you want to be involved in as a player, as a coach and as a fan.

“You’re going away to the Stadium of Light and I’m sure the fans will travel in their numbers because they again - they were amazing the other night.

“It’s been a good journey over the last couple of years but this new one is just getting started.”

Sunderland come into Saturday’s game off the back of a 5-0 thumping of Morecambe.

Tuesday night was the second time this season that they have scored five goals at home, and they are currently the third highest scorers in the division.

The win on Tuesday means that the Black Cats are unbeaten in five league games, having not lost since the beginning of November.

Since that 3-0 defeat at Sheffield Wednesday, Lee Johnson’s side have won three and drawn two and are just two points off the top of the table.

The Black Cats got revenge for the 2-1 defeat to the Pilgrims in January by beating the Greens 3-1 at Home Park thanks to goals from Ross Stewart, Chris Maguire and Denver Hume.

In the last five meetings between the two sides in the North East of England, Argyle have the better record – winning three to Sunderland’s two during that time.

Steven Schumacher is likely to have a similar squad to the one that featured against MK Dons on Wednesday night.

Brendan Galloway is the only absentee.

Sunderland have a few more concerns with Dennis Cirkin, Corry Evans and Denver Hume all out injured.

Lee Johnson is also likely to be without Aiden McGeady and Niall Huggins for the visit of Argyle.

There is no pay on the day facility at the Stadium of Light.