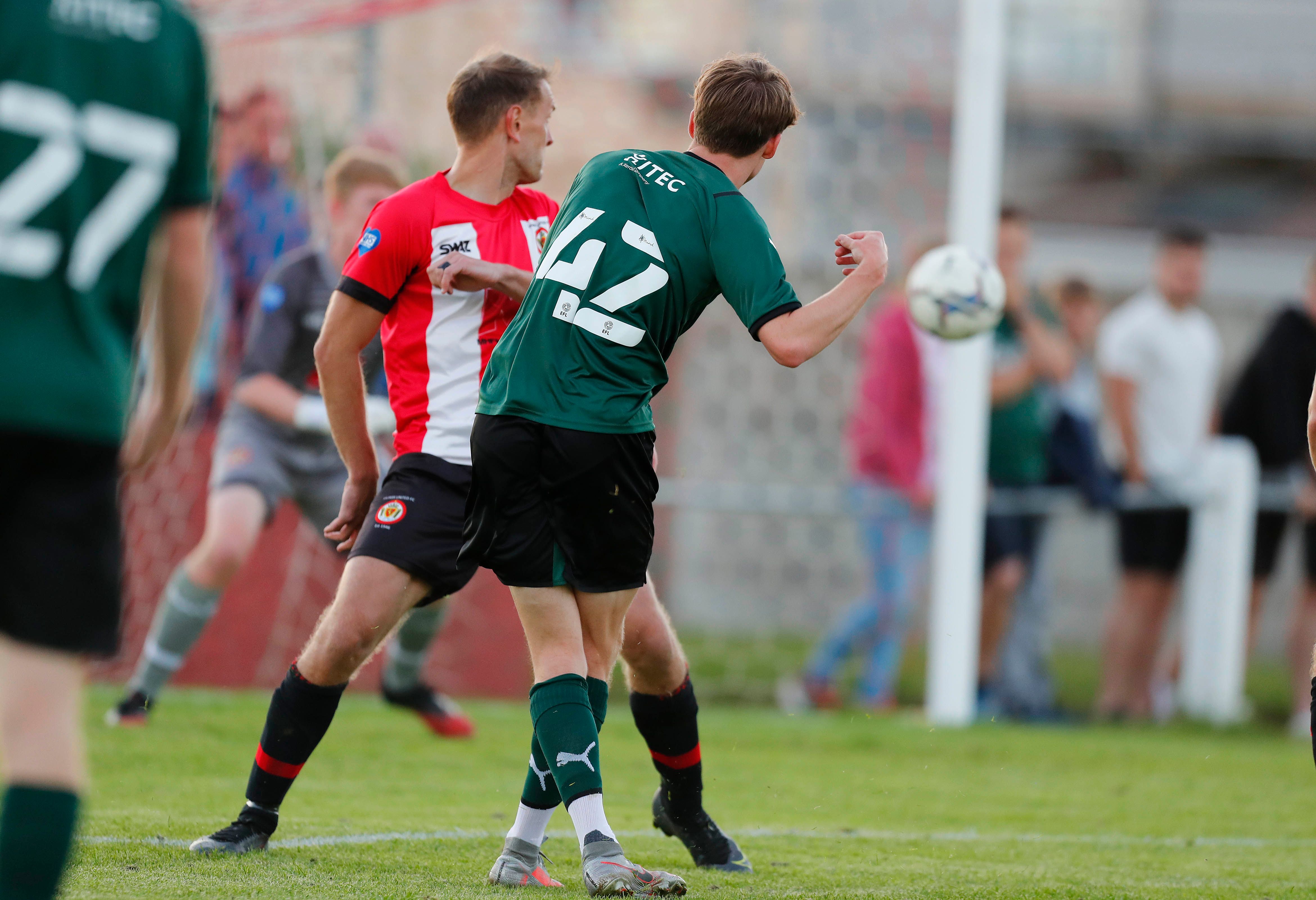 The 18-year-old capped off a fine Argyle display by scoring the final goal at the Kimberley Stadium.

Given the chance to impress in both pre-season fixtures so far, the Academy forward has certainly taken his chance.

Not only did he score his first senior goal at Saltash, he was also the provider for strike partner Ryan Hardie, playing the ball into the Scottish front man for his second goal of the game.

Playing with the first team and scoring his first goal at the level was something Rhys could only dream about.

He said, “It was probably the best feeling I’ve had to be honest.

“All the lads have been great helping me get in and everything like that. When I came on today, I was just so much more confident.”

Rhys was one of two scholars involved on Wednesday, with Finley Craske also featuring in the second half.

That follows seven current Academy players taking to the field 11 days earlier in Argyle first pre-season game of the summer at Plymouth Parkway.

The clear path from Academy to first team is something that the young players like Rhys see as a realistic target.

He said, “When you’re with that under-18s team you see lads getting asked to come up quite often and you start to think when is it my turn?

“When you do get that chance, it’s unbelievable going up, it’s like a whole different world. It’s just fantastic to be a part of really.”

The confidence gained from playing with the first team is evident to see, the way Rhys took his goal was that of a player who is comfortable with his surroundings.

He took the ball own on the left angle of the penalty area, cut inside and drilled the ball into the corner of the net.

He puts that confidence down to working with the likes of Niall Ennis, Ryan Hardie and Luke Jephcott.

He said, “Every day is something new, just watching them you learn something different.

“How they move, how they ask for the ball, how they take a touch and finish. Just siting back at watching them helps.