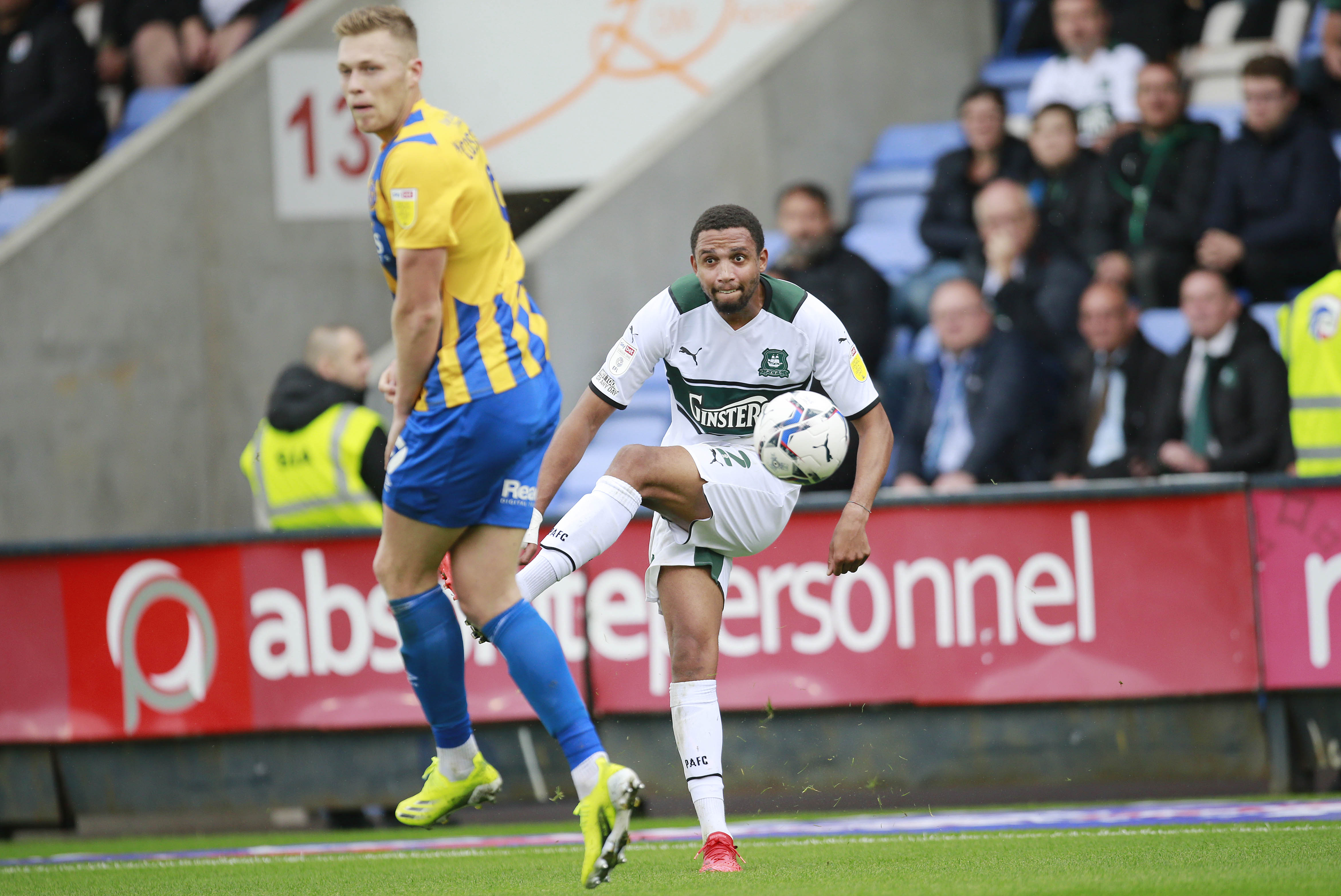 Clean sheets for defenders are like goals for strikers.

The smile on Brendan Galloway’s face when he walked off the pitch at full-time showed you all you needed to know about his feelings at shutting out Shrewsbury Town.

It was the third time in the last four matches that Argyle had kept a clean sheet, doing so against Peterborough United and Gillingham previously.

Brendan, who was part of a back three that headed and blocked everything that came their way was delighted with the team’s performance.

“Fair play to the boys, we put in a real shift today and played some great football.

“We defended well as a team, and we are delighted to come away with the win but also the clean sheet.”

Even deep into stoppage time with Argyle cruising at 3-0 the work rate and tenacity in defence was impressive.

It meant something to shut out the Shrews, they weren’t going to gift the home side a goal.

Brendan said,” We were willing to put our bodies on the line.

“It’s something we work on in training all the time. We want to play football but were also willing to defend and make it tough for other teams as well.

“I love putting my body on the line, sometimes you get hurt sometimes you don’t. If it means getting a clean sheet, myself and the whole team will be willing to do that.”

The Pilgrims had to do without James Wilson, who had been an ever present in the side this season, due to suspension but they didn’t let that disappointment get to them.

Macaulay Gillesphey came into the back three alongside Dan Scarr and Galloway.

It’s been an impressive start to life at Home Park for all the new defenders and the confidence they are playing with is showing in their performances.

“It’s been a good start and we need to keep on going. It’s a long season and we go again on Tuesday.”