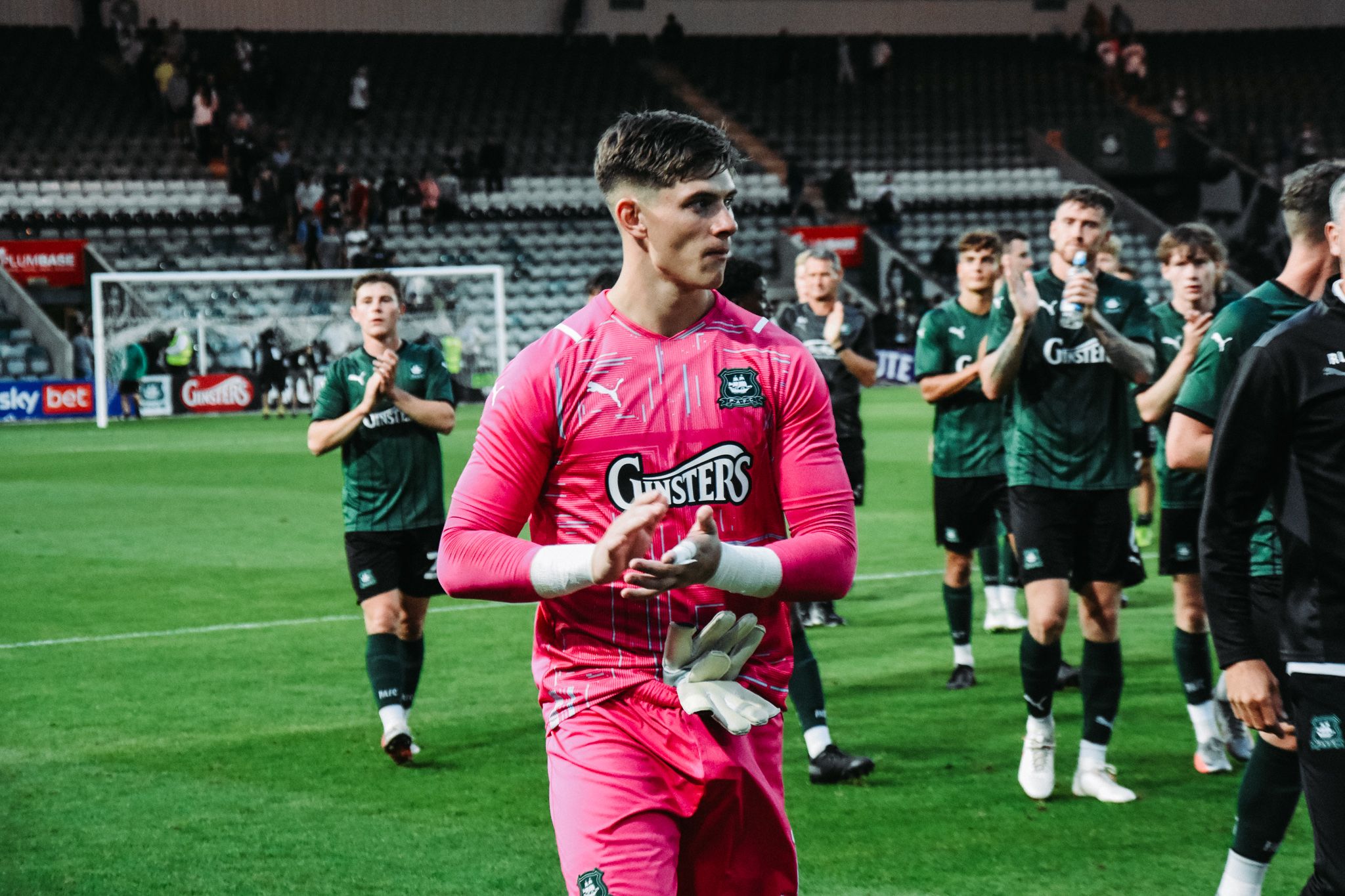 Following his penalty save on Tuesday night, Argyle goalkeeper Mike Cooper has expressed his happiness from the save but is also his excitement for the season ahead.

Mike produced a fine save to deny Bristol City striker Chris Martin from 12-yards, his first spot kick save in professional football, in a game the Pilgrims’ eventually lost 1-0.

Mike said: “I thought it was a bad decision personally, his words were that I ‘rugby tackled him’ which I’m not sure I did, but I just managed to regain my composure, calmed down and then just took the penalty in its stride, got a good hand on it and got it cleared.

“I’ve finally broken an unwanted streak, so there is that, especially when you concede one you always want to save it more, so I’m buzzing with it.”

Overall, Mike is pleased with the performances Argyle have put on in their last three outings against Sky Bet Championship opposition, and believes the team are in a good place to take on the league which begins in just over a week.

“Three losses but all by one goal, goals that we can cut out and goals that maybe are more preventable against League One opposition.

“I think the play in between both boxes has been brilliant, we have passed round good level sides and got in behind on a lot of occasions so there’s a lot of good stuff to take from the games.

“We’ve got to think about our ruthlessness, we still want to be keeping the goals out and scoring goals, so that’s got to be a bit of work we need to put in on the training ground but we’re still going to take confidence no matter what from these games.

“I think the fact that crowds are back in makes a big difference, but we are really excited for the challenge ahead to Rotherham, really nice stadium, I know the pitch is going to be brilliant so everyone’s buzzing for it.”