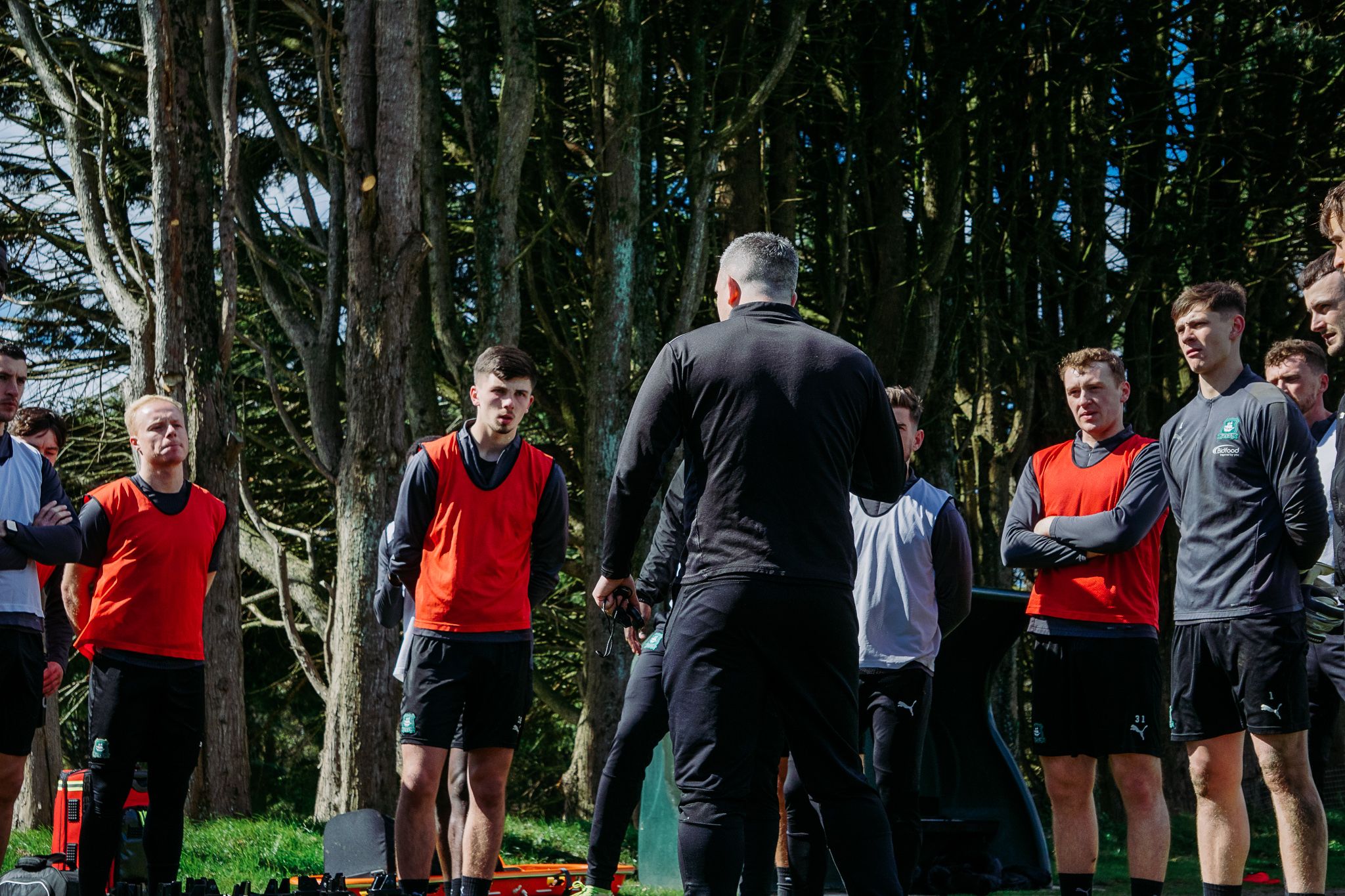 The stakes couldn’t be higher for Argyle’s final game of the regular Sky Bet League One season, against Milton Keynes Dons on Saturday.

The Greens head into the final weekend knowing if they equal or better Wycombe Wanderers’ result, they will finish in the top six and make the play-offs.

There are a few other permutations and scenarios that could see the Pilgrims successful but winning is the main priority for Steven Schumacher.

“Everyone understands what’s at stake, so we just have to go an embrace it,” he said.

“I don’t think you can look into the permutations or outcomes because there are too many.

“If you do, you’ll get distracted by that, it’ll affect your game.”

The visitors also have a lot riding on the result. They still have a chance of not only automatic promotion, but also the title.

They would have to win and hope that both Rotherham United and Wigan Athletic lose, otherwise a third placed finish will be on the cards.

The fixture is the reverse of Steven’s first in charge of the Greens, just a day after he was given the job.

Conor Grant scored a second half equaliser to give the manager a point in his first game in charge.

Since then, both sides have gone on to have terrific seasons and have eyes on plying their trade in the second tier of English football.

Even though the game means so much for both sides, Steven is excited by the opportunity.

He said, “Everyone is looking forward to this game.

“Everyone is excited by it and wants to play in it and we’re ready to go for Saturday.

“You can’t take away the emotion around this game, the players understand the situation, the fans understand it, there is no way to hide from it.

“We’ve performed well before, in big games, there is no reason why can’t go and do it again.”

Recent positive results against Sunderland and Wigan have kept the Greens in the play-off spots, a position they have held for the majority of the season.

Home advantage could count for a lot on Saturday, with Argyle unbeaten since a 1-0 loss to Rotherham in February at Home Park.

Since then, the Greens have gone almost 11 hours of football without conceding, picking up 18 points from their last seven home matches.

The game, which kicks off at 12.30pm on Saturday, will see Home Park sold out for a sixth time this season and Steven is hoping his players can use that energy.

He said, “I want us to get off to a good start, get the tempo going and get the energy from the crowd onside.

“We are going to need that energy against one of the best sides in the division, so we need to be at our best.

“League One has been that type of league where there have been twists and turns, that’s why the Sky cameras are here and that’s why the nation will be watching.”

The last meeting between these sides at the Theatre of Greens took place in December last season and saw Ryan Hardie score the only goal of the game.

Captain Joe Edwards could be available again after missing the last three matches with an ankle problem.

Panutche Camara is unlikely to feature while Brendan Galloway, George Cooper and James Bolton are all out injured.

MK Dons will be without Mo Eisa, Tennai Watson and Jay Bird as all are still out with long term injury problems.

Connor Wickham could return though, he resumed full training this week.

With Saturday’s game being shown live on Sky Sports, there will be no streaming available on Argyle TV.

Audio commentary with Rob McNichol and Ian Stonebridge available to purchase for £2.50.