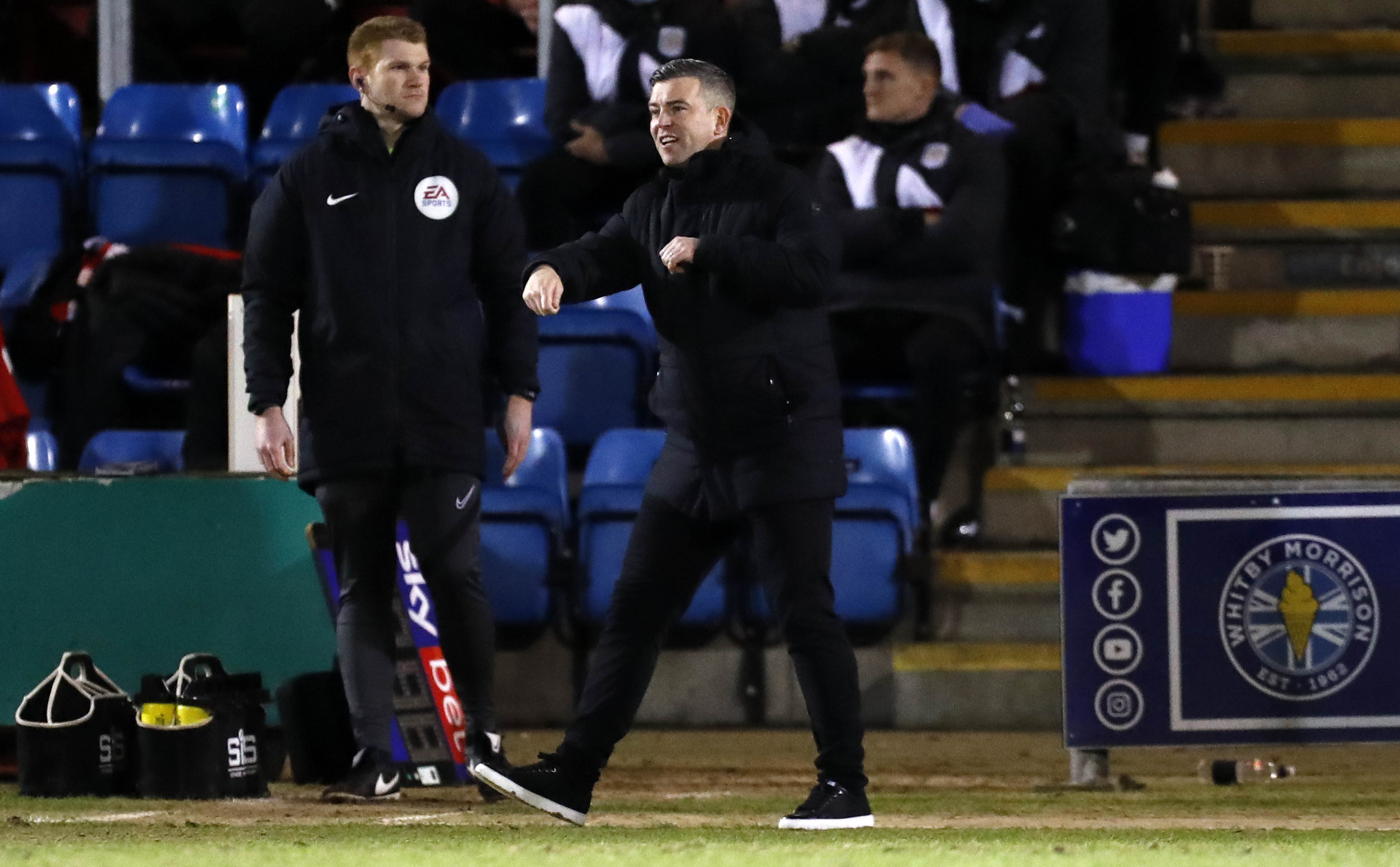 Argyle manager Steven Schumacher was pleased that a strong second half performance from his team meant the Pilgrims bagged all three points in their Sky Bet League One outing at Crewe Alexandra on Tuesday evening.

Despite trailing 1-0 at half time, a Ryan Hardie hat-trick and a Niall Ennis header saw the Greens completely turn the game on its head and come away with a valuable victory.

“The second half was obviously better than the first half,” Steven said, speaking after the game.

“I thought we did some good things, but also I thought Crewe played well first half, especially the first 20 minutes, which we expected.

“I was a bit frustrated not to be level at least at half time, and obviously missing a penalty was another issue.

“I said to the boys at half time that we got into some good positions, we just didn't make the right decisions or show enough quality.

“I felt that if we had just passed the ball a bit faster and be a little more positive with our play, we would continue to create chances, but in the second half the lads came out and were excellent.

“We scored some good goals, but it could have been more than four in the end, I think.

The greatest highlight of Tuesday evening was that Hardie secured the first hat-trick for an Argyle player since 2015, which was the comeback everyone was keen for him to have, and Schumacher was full of praise for his striker.

He said: “I'm delighted for him.

“We had a bit of a discussion in the hotel before the game about penalties and what he was feeling. It was early on in the game; I think it might have been a bit too much pressure for him.

“Ryan has been one of our best players all season. He's our leading goal scorer, he's got 15 goals now, so it shows how important he is to us.

“We know he's a good finisher and he's a threat, so I'm really pleased he got his hat trick.

“It's brilliant that it's that landmark, the first Argyle player for so long to score one, so I'm buzzing for him.”

The display the Pilgrims put on in the second half of the game was just what a manager would want, especially following on from a massive match on Saturday, so Schumacher expressed his pride in his squad.

He said: “I’ve said for a long time the players are doing absolutely amazing, they've got great character, they all know their jobs and their roles so they're desperate to do well for the shirt, for the badge and for the fans.

“It's just incredible, they’re putting on performances and giving it their all.

“I can count on one hand how many times we've had bad performances this season, so we've got to keep going, keep working hard and focus on the next game and see where it takes us.”