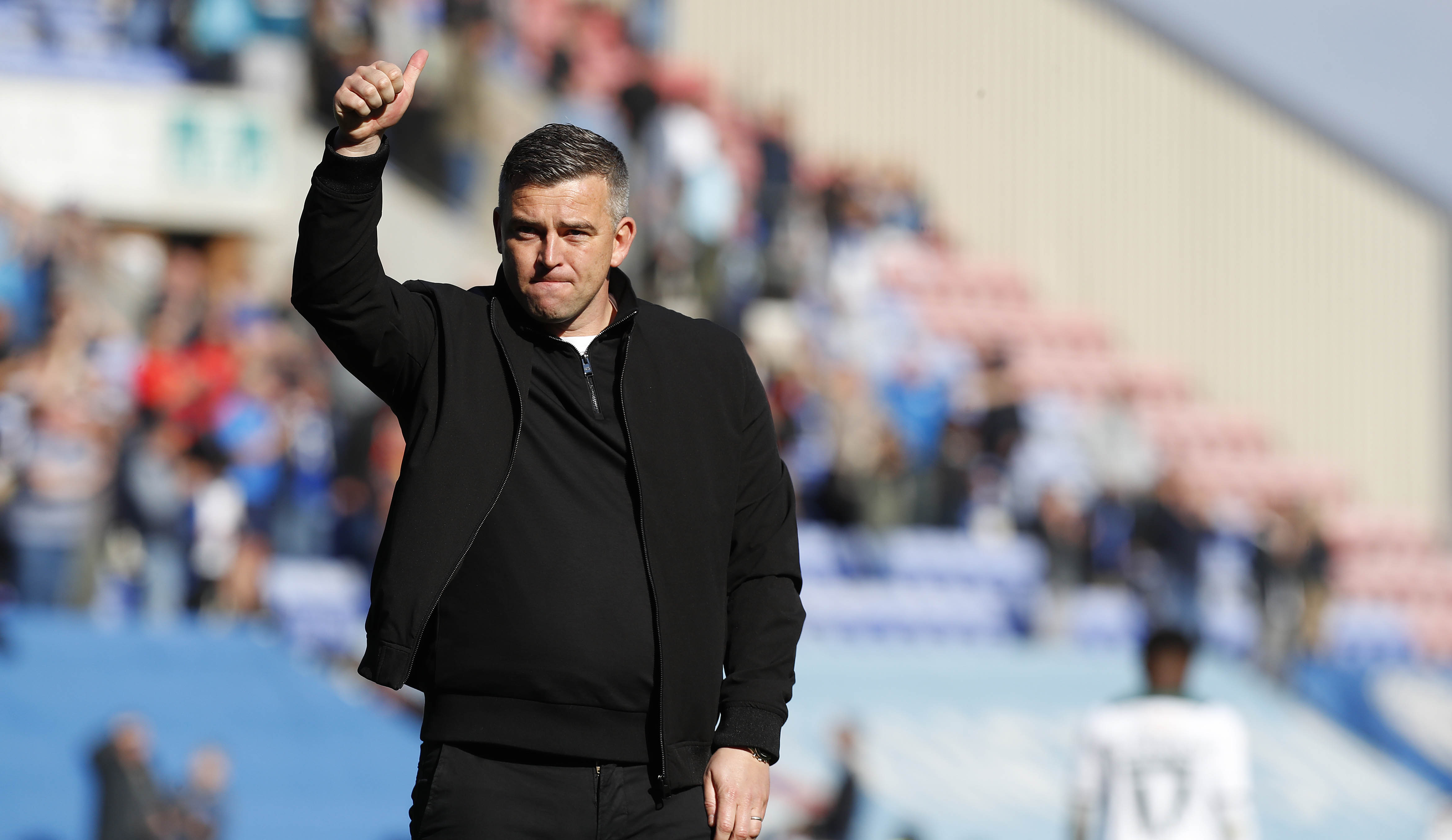 Steven Schumacher has branded his players ‘warriors’ after they kept their play-off hopes alive with a 1-1 draw with league leaders Wigan Athletic on Saturday.

In a game that had so much at stake for both sides, Steven was pleased that Argyle managed to weather the fast start by Wigan and grab a deserved point from the game.

“I thought it was a really tough game.

“It’s the walking wounded in there at the minute, but the lads are trying their all and have been putting in warrior like shifts recently.

“We have showed so much commitment throughout the campaign and I can’t praise the players enough.

“I am so proud of them; they deserve to get into the play-offs and we have one more massive cup final to get us in there.”

The hosts came into the game knowing a win would see them promoted and, depending on results elsewhere, the title as well.

With that in mind, Steven knew Wigan would start fast and was impressed with the way his side stayed in the game.

He said, “In the first half in particular, we were up against and had to defend really well.

“Wigan started like a house on fire, and we had to dig in

“We couldn’t play any football really in the first half, they were on top, but we did loads better in the second half.”

“We played with a bit more freedom and had more of a spark.

“I am pleased with that second half performance and to get a point is a good result.”

That good second half showing was rewarded in the 63rd minute, when Luke Jephcott pounced to give the Greens the lead.

He reacted quickest after Ben Amos fumbled a Conor Grant free kick and it sent the travelling Green Army wild.

Steven said, “We picked Luke just for that.

“We have struggled for goals of late and the small chances we have managed to get, we haven’t taken.

“Luke is one of the best finishers at the club and so we knew if we got one chance, we’d want it to fall to him.”

The point leaves Argyle in fifth spot in the Sky Bet League One table, level on points with Wycombe Wanderers, Sunderland and Sheffield Wednesday.

All four sides are tied on 80 points meaning that a final day shootout, next Saturday is on the cards.

Argyle host Milton Keynes Dons at Home Park, where the visitors could still be in with a chance of automatic promotion.

Steven is looking forward to the contest.

He said, “It will be a great game.

“MK Dons was my first game in charge last time and that was a good game of football.

“We’re going to need them, they were fantastic again today, they’re going to help make it another special day again at Home Park.”