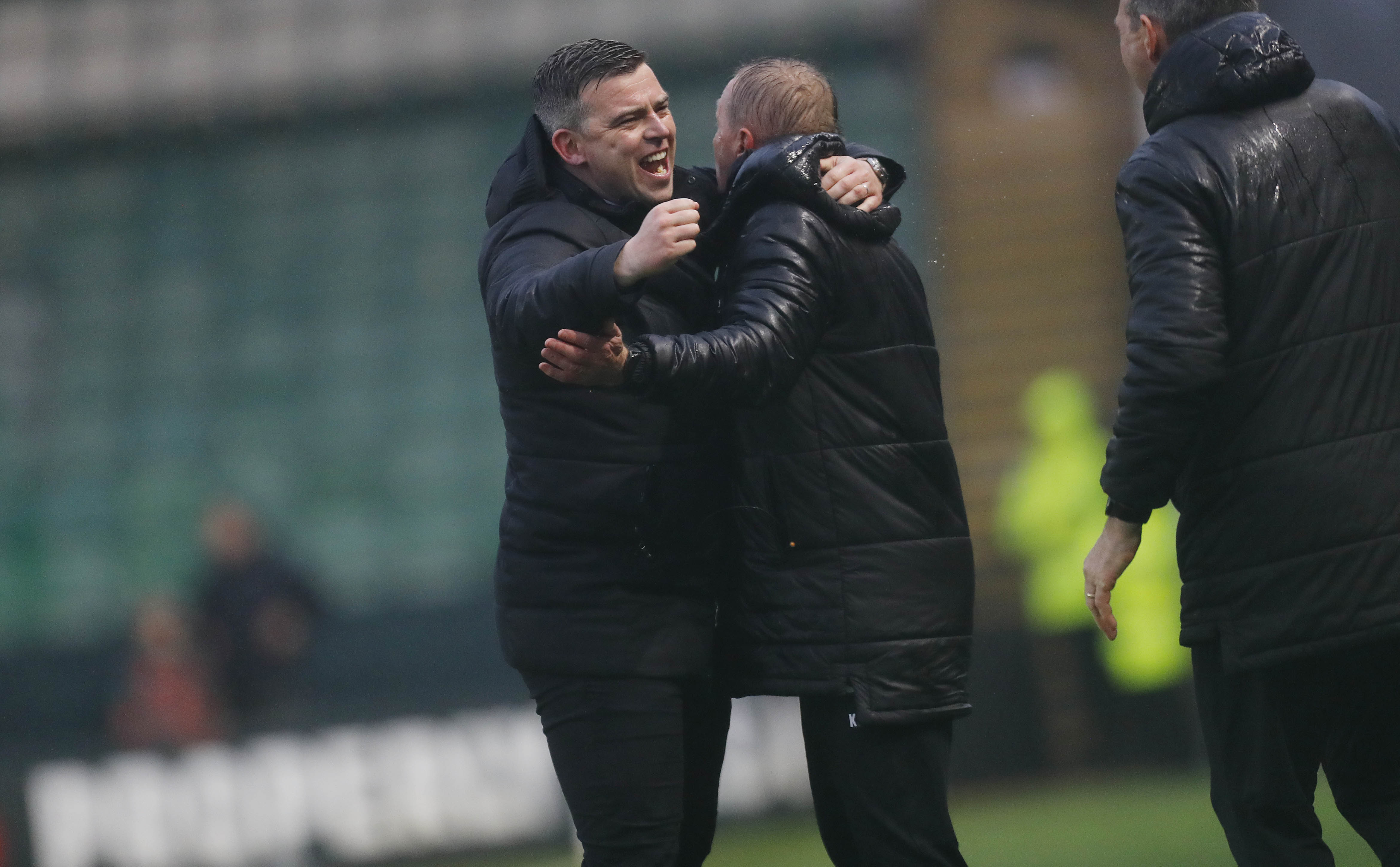 Steven's most pleasing win as boss

Steven Schumacher labelled the Greens’ 1-0 Sky Bet League One win over Shrewsbury Town on Saturday, as one of the ‘most pleasing’ since he’s been in charge.

Conor Grant smashed in a ferocious winner midway through the second half to give Argyle their third league win on the bounce.

“I am really pleased,” Steven said after the game, “Out of all of the wins and all of the performances of late that is probably the one I am most pleased about.”

In front of almost 15,000 fans, the expectation was that Argyle would continue their form against a side lying 17th in the table.

However, the Shrews were unbeaten in their last four matches and had conceded just four goals in their previous ten games – it was never going to be that straight forward.

“We knew it was going to be a really tough game,” Steven said,  “Shrewsbury are difficult to beat, and they have only lost one in ten; we knew there wouldn’t be loads of goals in it.

“We knew we had to take the chance when it came along and thankfully, we did that second half.”

That goal came in emphatic fashion and saw the almost sold out crowd explode with joy.

It was Grant’s sixth of the season and brought immense relief to the majority inside Home Park.

“We said before the game that we might need patience, we might get frustrated, but we need to stay calm.

“We started the first half quite well and got into some good areas but that’s what they are about, they have some big lads who are powerful and their whole team defend well as a unit.

“We looked at the stats at half time and everything was happening as we kind of expected so there was no use panicking or changing anything.

“There was a little bit of tension there because we are on a good run, we want to continue that and get up the league as much as we can.”

Another big plus to come for the win was that the Greens managed to keep a clean sheet for the first time since the Emirates FA Cup win over Birmingham City in January.

Dan Scarr, who had played every minute in the league until now, missed the game with a hamstring injury that is likely to keep him out for a few weeks.

James Bolton slotted into the middle of the back three to make his first appearance as an Argyle player at Home Park.

Steven said, “Bolts did great and we were confident he would do that.

“He showed it when we played against Birmingham City, and he did it again today.

“Dan [Scarr] is going to be out for a good few weeks with a hamstring injury, so it’s down to Bolts to make that position his and Romoney [Crichlow] to stake a claim too.”