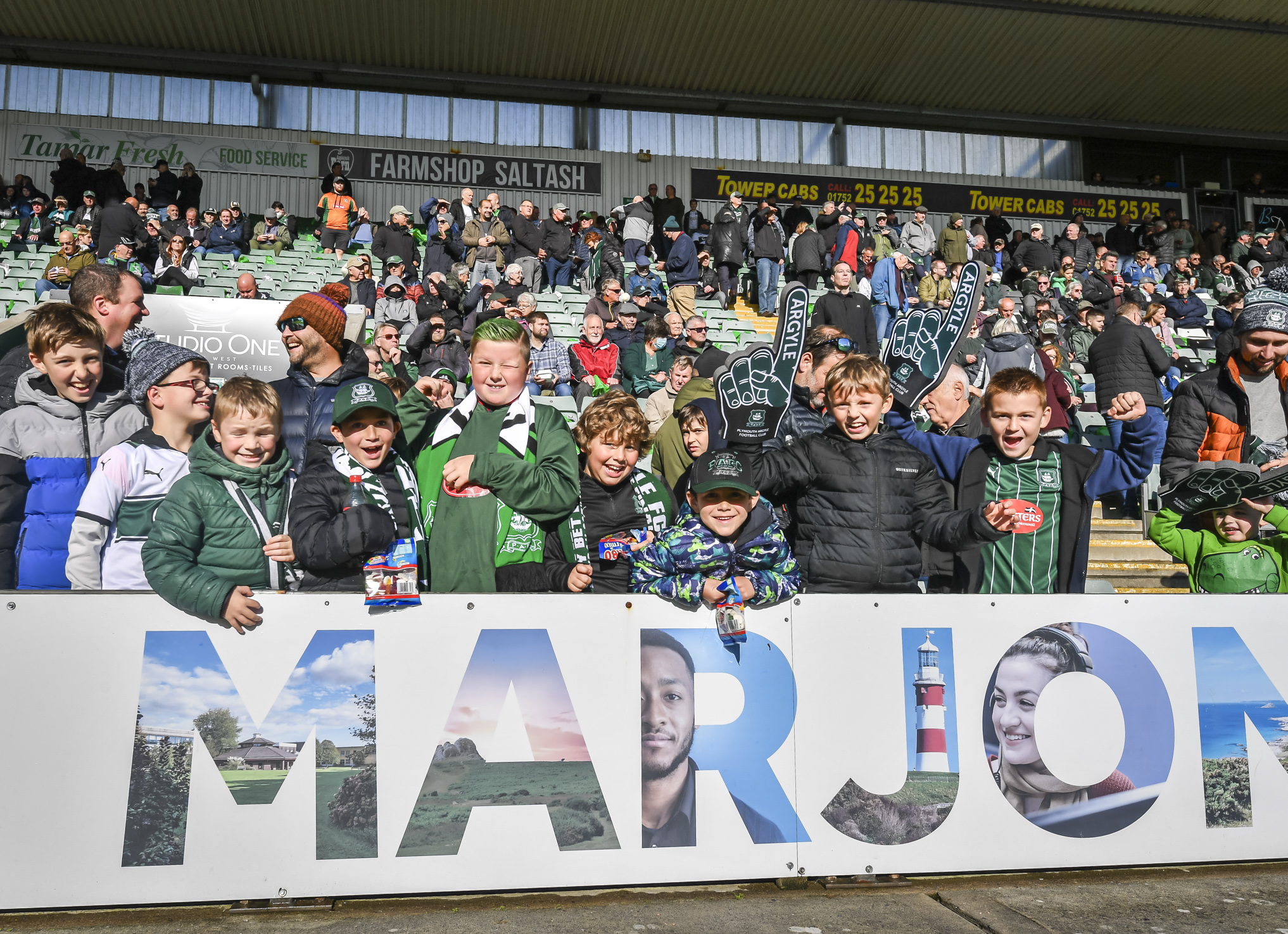 On Tuesday under the floodlights, the Pilgrims host Wycombe Wanderers, before taking on title-chasers Wigan Athletic the following Saturday.

Both fixtures are expected to be extremely well attended, with Saturday’s clash with the Latics on course for the second sell-out of the season at the Theatre of Greens.

With the team performing strongly and our match-day experience never better, attendances at Home Park have been at their highest levels since the Greens were in the Championship well over a decade ago.

The club continues to evaluate the match-day experience across all departments, taking on supporter feedback and implementing improvements wherever possible – you will have seen many of these throughout the season already, including earlier turnstile opening, and the reduction of pre-match music to allow supporters to generate their own atmosphere.

With increased attendances comes an incredible atmosphere, but also additional challenges from a health and safety perspective. While the last thing that the club wants to do is impact upon the support of our team at Home Park, we are bound by our general safety certificate.

In recent fixtures, we have received reports that a number of supporters have migrated from their allocated seats to join block 3 in the Devonport End, causing overcrowding in this area. As an example, for the Sheffield Wednesday cup fixture, there were an additional 28 supporters identified in this block, none of whom had tickets for that area.

This meant that 28 additional supporters without an allocated seat were standing in a block that was already sold out, representing a significant safety issue.

The club has also received feedback about a group of individuals’ raucous behaviour in the Devonport End concourse during half-time at a number of recent fixtures, and CCTV footage has been reviewed to verify these complaints. A group of younger supporters, roughly aged between 14-18, have been gathering in the concourse at half-time, before engaging in behaviour that has caused exits to be blocked.

These supporters were clearly enjoying themselves and we are keen for our fans to have a thoroughly enjoyable experience, but there are better areas of the stadium to be doing this – outside in the stadium bowl, for example – where there is no impact on other supporters.

Our stadium safety team has generally taken a very pragmatic approach to this area, being mindful not to dampen the match-day experience for the Green Army while also upholding safety requirements. With this in mind, we strongly urge supporters to ensure that they sit in their allocated seat.

In support of this aim, we will be implementing a soft ticketing check in the Devonport End to ensure that supporters are directed to their allocated seats, alongside implementing an action plan to stop the blocking of exits in the concourses at half-time.

This may appear to some as increased stewarding, but these staff will simply be directed to ensure that correct seats are occupied in line with our safety certificate, and that the exits and amenities remain accessible for all supporters during half-time.

It is absolutely not the club’s intention to negatively impact supporter experience in this area, and ticketing checks will be non-invasive. We ask all supporters to comply with these ticketing checks for the safety and comfort of everyone at Home Park.

We remind all members of the Green Army to be respectful of their fellow supporter, and that blocking exits through poor behaviour represents a safety issue which could, in a worst-case scenario, see capacity limited at Home Park.

As a reminder for all supporters, blocks 3 and 4 in the Devonport End, as well as Block 16 in the Lyndhurst Road Stand, represent some of the noisiest sections of Home Park on a match-day. For supporters who crave a more raucous match-day experience, we advise that you purchase tickets in these areas.

Meanwhile, blocks 1 and 2 in the Devonport End offer a quieter match-day experience, while our Family Stand in block 6 is ideal for younger supporters and families, as is the Lower Mayflower, which offers the lowest-priced tickets inside the stadium.

As ever, we welcome feedback from supporters on their match-day experience at Home Park, and invite you to send your comments to feedback@pafc.co.uk.