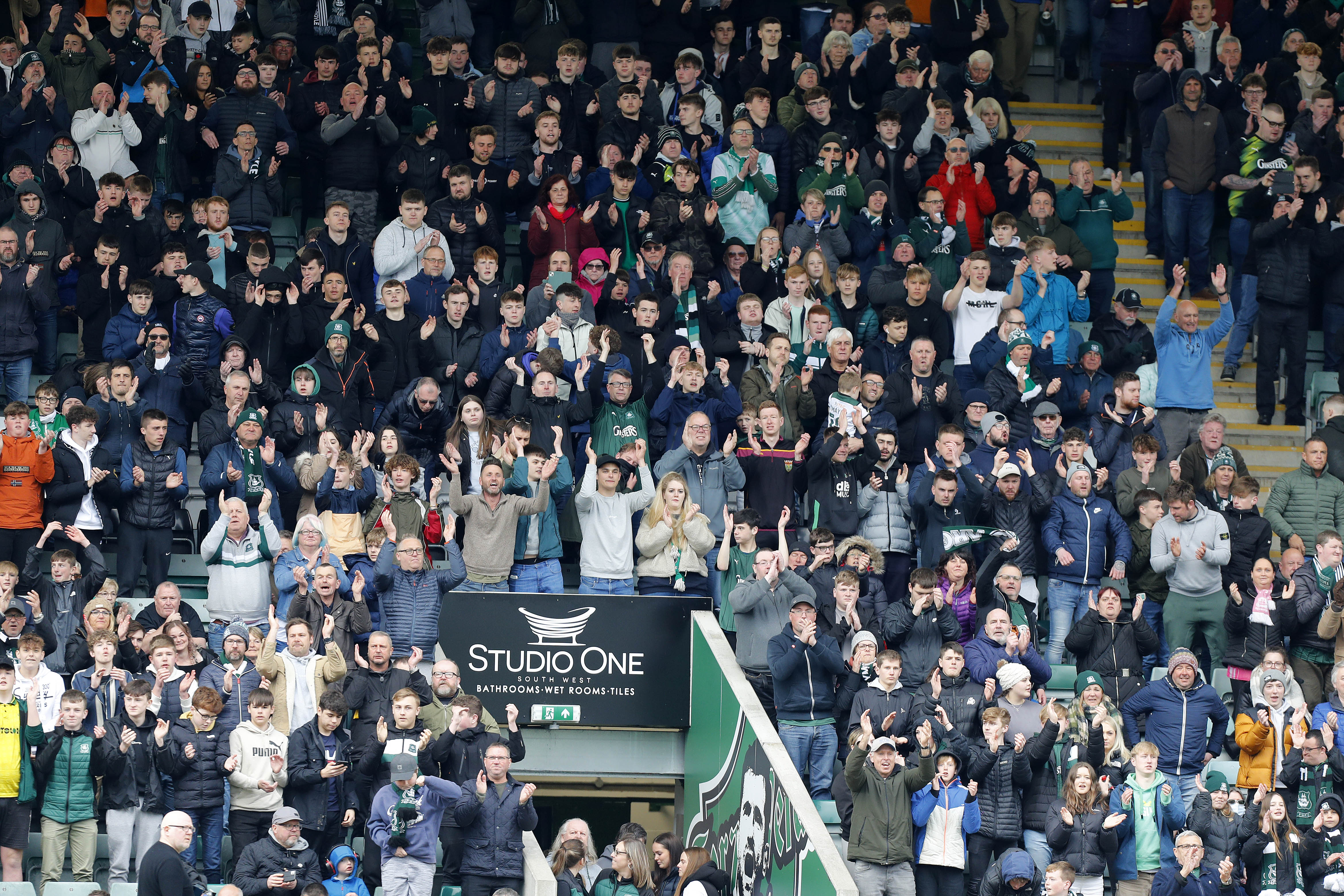 With the Sky Bet League One season coming to a thrilling conclusion, Easter Monday’s promotion clash with Sunderland promises another electric atmosphere at Home Park.

Save for returned tickets on an ad-hoc basis, both Monday’s Sky Sports televised fixture against the Black Cats and the season-closing tie against Milton Keynes Dons are now sold out, taking us to six sell-out home games in the regular Sky Bet League One season.

The Green Army have responded to the incredible performances of Steven Schumacher’s Pilgrims throughout the 21/22 campaign, and the club’s average attendances are at their highest levels since 2007 – when Argyle were flying high in the Championship.

We thank supporters for their incredible backing of the team throughout the season, and ask you to continue to bring the noise as we look to cap a memorable campaign in style.

While the vast majority of supporters have behaved in exemplary fashion – both home and away – the club is aware of an increasing trend of supporters congregating in Block 3 in the Devonport End, despite not holding tickets for that area of the ground.

With Monday’s fixture completely sold out for home supporters, and the stadium busier than usual due to the presence of broadcast cameras and national media, we urge supporters to remain in the seats allocated on their tickets.

Ticketing checks will be in place for this fixture, and supporters found not to be in their allocated seat face the prospect of appropriate action taken against them. For the safety of staff and supporters alike, please sit in your allocated seat, and allow everyone in the stadium to focus on support for the team on the pitch.

We thank supporters in advance for their co-operation.